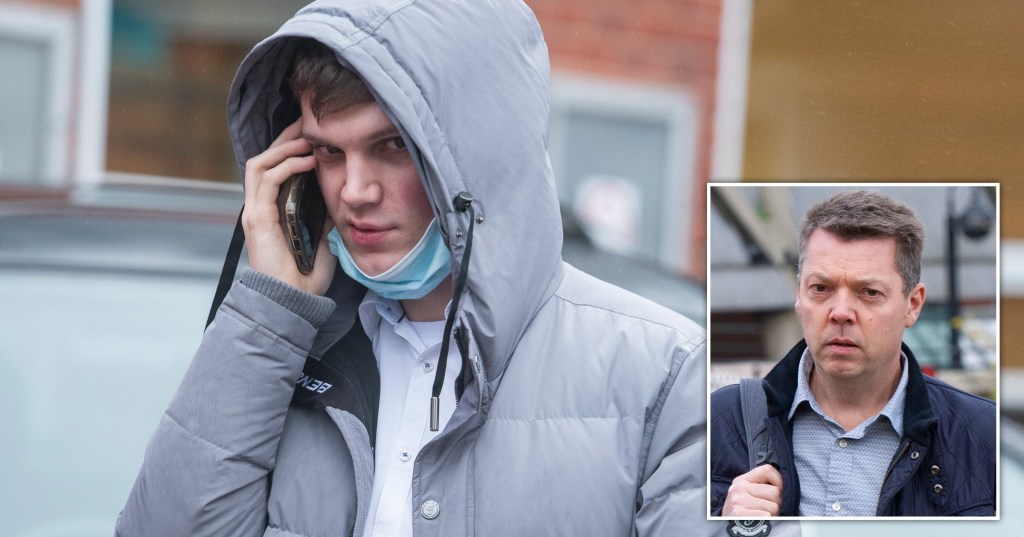 The son of a Met Police sergeant who was previously involved in a deadly car crash is fighting a drugs charge.

Max Coopey, 20, is set to stand trial for cannabis possession three years after walking free for smashing an Audi A5 sports car into two pedestrians.

Two men John Shackley, 61, and Jason Imi, 48, were killed instantly when the then-teenager ploughed into them in a Berkshire village.

He had been smoking cannabis prior to the collision in August 2018 but escaped any further legal action.

It was deemed there was insufficient evidence to charge Mr Coopey with the fatal crash because of a lack of witnesses.

Now he is in court again fighting drug allegations dating back to the period following the incident.

The defendant told district judge Samuel Goozee that he was denying the possession of cannabis charge.

The 20-year-old hit the headlines as a teenager for his involvement in a road tragedy (Picture: Hyde News)

Coopey told the judge he did not dispute drugs were found at his address but was pleading not guilty on the grounds he believes the search was unlawful.

He told the court: ‘The plea was a suggestion from my legal representative. The police were searching for large items like motorcycles.

‘They then started looking through CD cases, however it was unlawful for them to look there in the first place.’

The judge asked: ‘So you don’t deny drugs were found at your address but you are challenging the legality of the police search?’

Coopey replied ‘yes’, to which the judge said: ‘When the police are lawfully on a property they are entitled to seize items.’

Judge Goozee continued: ‘I am aware there was an application from your solicitors to adjourn the case today.

‘However, it was previously adjourned on December 16. Today it will not be adjourned and we will set the case for trial.

His father Russel Coopey achieved the role of sergeant with the Met Police (Picture: Hyde News)

The judge asked the prosecution counsel ‘why has it taken since 2019 for this matter to get a charge?’, describing the delay as ‘unfortunate’.

Prosecutor Benjamin May responded: ‘The case was dealt with by British Transport Police, not Thames Valley Police.

‘It was not dealt with by local police and was added to a large national database.’

The hearing was further delayed on medical grounds because Coopey has sustained head injuries after crashing an e-scooter.

The defendant was granted unconditional bail pending a trial at Reading Magistrates’ Court in May.

20,000,000 confined to homes in China as third city plunges into Covid lockdown

Mr Motivator offered Prince William a pair of his trademark lycra as he accepted MBE, because of course

Attacker who killed woman, 86, and left husband for dead ‘may have been burglar’