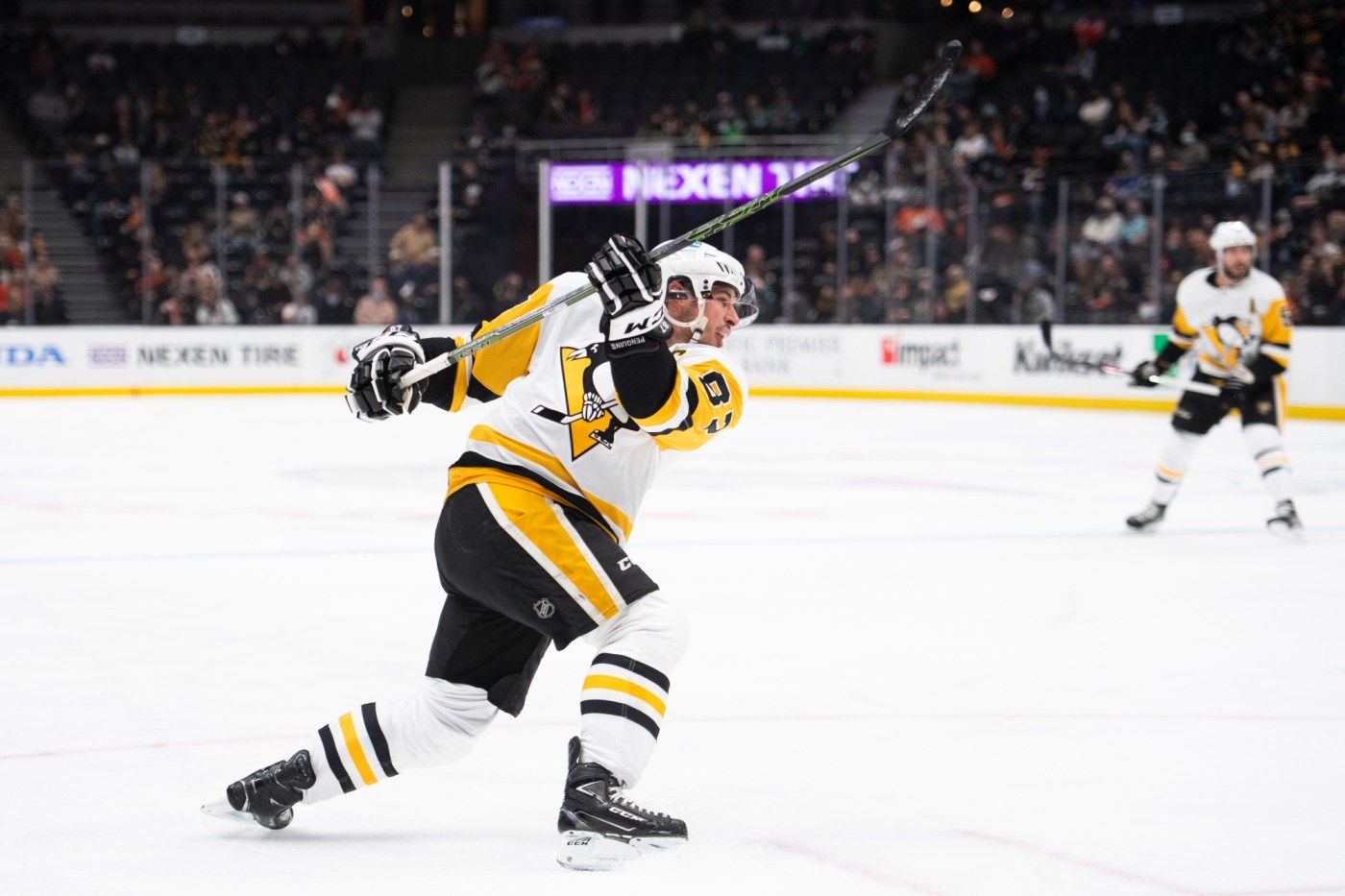 The Kings will conclude their seven-game homestand against the Pittsburgh Penguins, who are hardly waddling into the matchup, having triumphed 11 times in their last 12 outings.

This stretch has been fruitful for the Kings as well. After a flat performance against Vegas, they’ve won four of their last five and carried possession in five straight. With their penalty kill steadying itself of late, there has not been a glaring weakness in the Kings’ game, and their results have reflected that.

Another element that has improved has been the Kings’ passing game, especially moving into and through the neutral zone. Cleaner breakouts and some creative plays in the middle of the ice have increased possession time and made for more dangerous attacks.

“We call it dominoes, the connection of one to the next,” Kings Coach Todd McLellan said. “When we’re playing well and we’re playing fast, we connect the dots. When we’re not, it’s ragged and we chase pucks all over the place.”

Lately there has not been much ragged about the Kings’ performance, as in their four victories they’ve allowed just five goals while pouring in 15. The line of Phillip Danault, Viktor Arvidsson and Trevor Moore has paired two newcomers with a Swiss Army knife forward, producing famous results. They exploded for 11 points against Detroit on Saturday and have 17 points in the Kings’ three most recent victories.

The fourth line of Blake Lizotte, Brendan Lemieux and rookie Arthur Kaliyev has also provided consistency, something that was not easy to come by for the Kings’ fourth line last season.

“I really appreciate what both players bring to the table, (Lemieux) with the toughness, (Kaliyev) with goal-scoring and his shot, so it’s meshed well for us,” Lizotte said.

They’ll need contributions throughout their lineup, from both veterans and emergent talents, against Pittsburgh, because that is what the Penguins have gotten regularly during their resurgence.

After winning just five of their first 15 games, the Penguins have ripped off streaks of five straight wins and then 10 in a row, which was the longest chain of victories in the NHL this season. They outscored opponents 16-2 during the initial surge, and 45-20 during the 10-game string.

Head Coach Mike Sullivan has continued to guide the Penguins to success despite significant injuries and absences. Captain Sidney Crosby still combines elite skill with a level of attention to detail usually reserved for role players. McLellan recently talked about the former MVP and scoring champion’s development into one of the NHL’s most effective players in the circle.

“I think Sidney Crosby is the best story when it comes to faceoffs. He entered the league and I don’t think he was very successful,” McLellan said. “But, in his mind, he was going to fix it one year, and two or three years into his career he was one of the best.”

Kings hold off Rangers for 4th win in 5 games

Only a Doomsday Cult Could Prepare Moses Storm for Comedy Success

Warriors analysis: Fix to Curry’s slump is keeping the ball in his hands