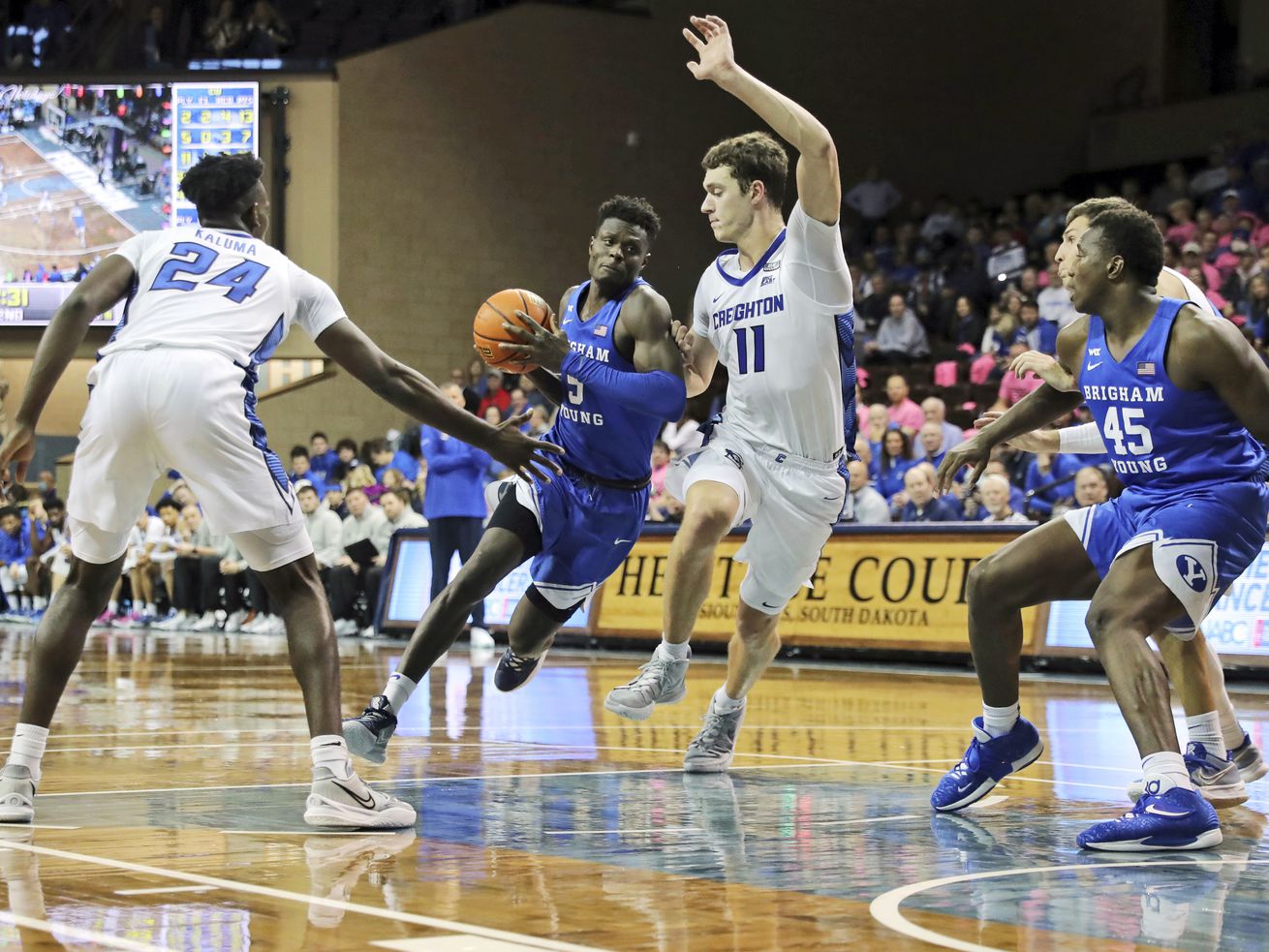 The Cougars embark on their first WCC road trip of the season and it is arduous. It begins with the No. 2-ranked Bulldogs and ends with the 14-2 Dons.

A little more than halfway through the 2021-22 season, BYU owns a 14-3 record overall and a 2-0 mark in the West Coast Conference heading into what is the most challenging weekend of the campaign so far — starting with a visit to No. 2 Gonzaga.

The Cougars, despite losing two experienced post starters, Richard Harward and Gavin Baxter, for the season, are in a strong position right now, with all of their goals still in front of them.

“I’m extremely excited, super happy. We’re a lot farther advanced than the last two years,” said guard Trevin Knell. “We’re 30th in the NET (rankings) and so we’re right where we want to be in terms of our end goal of going to the NCAA Tournament and making a deep run. This team is special. We compete, no matter if we’re making shots or missing shots. We give it our all 100% of the time. I feel like that’s what’s going to show on Thursday.”

What an arduous stretch for the Cougars. Coming off a grueling 52-43 win over Saint Mary’s last Saturday, BYU now embarks on its first WCC road trip of the season.

It starts with the No. 2 Zags Thursday (9 p.m. MST, ESPN2) and then a game at San Francisco Saturday.

Overall, the combined record of those three opponents — Saint Mary’s, Gonzaga and USF — is 38-8.

In ESPN bracketologist Joe Lunardi’s NCAA Tournament projections released Tuesday, the Zags were listed as a No. 1 seed, the Cougars were a No. 8 seed, the Dons were a No. 10 seed, and the Gaels were a No. 11 seed.

“We get Saint Mary’s, then go on the road at Gonzaga and on the road at San Francisco,” said coach Mark Pope. “I don’t know if the league is mad at us for leaving (for the Big 12 in 2023-24) or whatever, but we’re the only team that’s doing that. We’re excited for the challenge. Bring it. Let’s go.”

Pope and his staff put together a nonconference schedule designed to help their team prepare for tough conference games. That included seven games against teams that played in last year’s NCAA Tournament. The Cougars posted a 6-1 record in those games.

“I do feel like we’ve been tested, for sure. We haven’t had two games in three days like this, though. As close to that as we can get, we have. I think our guys have a healthy understanding of how challenging this is,” Pope said. …read more

Loss to Zags should provide BYU motivation for Big 12 readiness