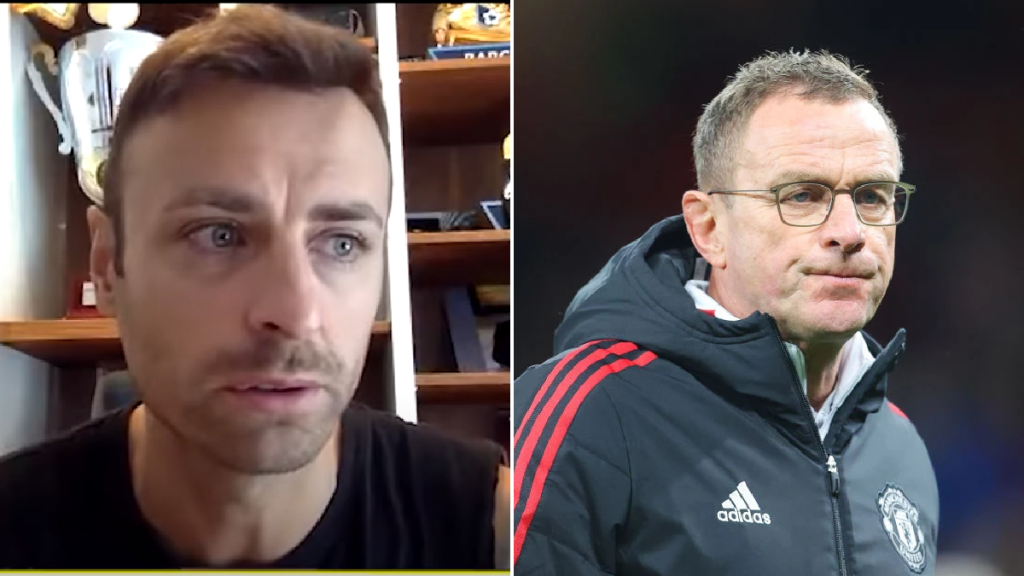 Speaking after United’s 1-0 victory over Aston Villa in the FA Cup, Ralf Rangnick confirmed goalkeeper Henderson had asked to leave the club in January, but the request was turned down.

Henderson briefly replaced David de Gea as Manchester United’s No. 1 last season but the 24-year-old has only played twice this term, with De Gea impressing since his recall.

Netherlands international Van de Beek is also struggling for game-time at Old Trafford and is keen to secure a January move to revive his career.

Berbatov believes Henderson and Van de Beek should both be offloaded along with French forward Martial, who confirmed he wanted to leave Manchester United last month.

‘I’m not surprised to see that Dean Henderson has handed in a transfer request, I was expecting it,’ Berbatov told Betfair.

‘Same for Donny van de Beek and Anthony Martial. These players aren’t playing and it’s clear they aren’t happy and as long as they love what they do, playing football, they should move.

‘Henderson was bought to play in his view, David de Gea was going through a difficult period. Signings can galvanise a player, you’re not at your best then all of a sudden you have competition, so you gather yourself and start producing.

‘That’s what happened with De Gea and it was bad news for Henderson. I fully understand why he wants to leave.’

United went five matches unbeaten when Rangnick first arrived but are still seventh in the table, the position they were in when former manager Ole Gunnar Solskjaer was sacked.

Berbatov said: ‘There are a lot of improvements needed at Manchester United in my opinion. I’m still not convinced with Ralf Rangnick, he has never been in charge of a really big team like United, Barcelona, Bayern Munich, the teams that are the biggest in world football.

‘Even with all his accomplishments in football and the respect that Jurgen Klopp and Thomas Tuchel have for him, this is the biggest challenge for Rangnick, to know how to succeed at a big club and so far it’s not quite worked how people expected it to.

‘I have read the rumours that some players are a bit unhappy at the club. Having been a student of German football and having played there for five years I know that sometimes it takes a while to get used to new methods of training and practicing and knowing what the new coach wants tactically, and maybe the training can be a bit boring from time to time.