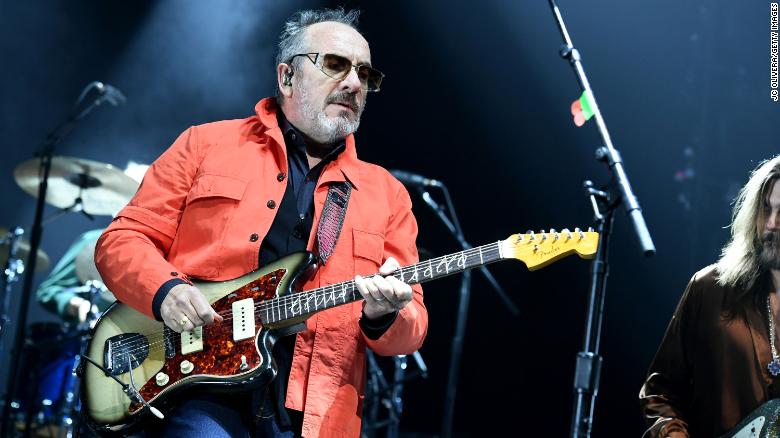 Elvis Costello is heading back on tour this summer after COVID-19 halted his shows. But one song will be notably missing from his setlist.

Costello will no longer perform the song “Oliver’s Army,” a 1979 hit in the UK that contains the N-word, and has implored radio stations to stop playing it, too, in an interview with the Telegraph.

“Only takes one itchy trigger — one more widow, one less white [N-word],” Costello sings in the political anthem, inspired by the Troubles in Northern Ireland and his encounters with young soldiers involved in the conflict.

“If I wrote that song today, maybe I’d think twice about it,” he told the Telegraph. “That’s what my grandfather was called in the British army — it’s historically a fact — but people hear that word go off like a bell and accuse me of something that I didn’t intend.”

The song was long played uncensored on UK airwaves until 2013, when a BBC station bleeped the slur to the dismay of some listeners, who argued that its omission diluted the song’s anti-war message.

Costello agreed that bleeping the word is “making it worse,” he told the Telegraph, “because [radio stations] are highlighting it then.”

The musician said he’d written a new verse for the song — one that focused on censorship — for a previous tour but decided to retire the song moving forward, and that radio stations should do the same.

Kick off 2022 by listening to these 3 cool new albums

Costello, 67, joins a growing group of musicians who’ve retired songs with offensive material. The Rolling Stones notably phased out “Brown Sugar,” which opens with a slave narrative and sexualizes young Black women, from their lineup last year, though Keith Richards said he hoped the band could bring back a version of the song in the future.

How do you make middle housing more appealing? Make it look like a single-family home