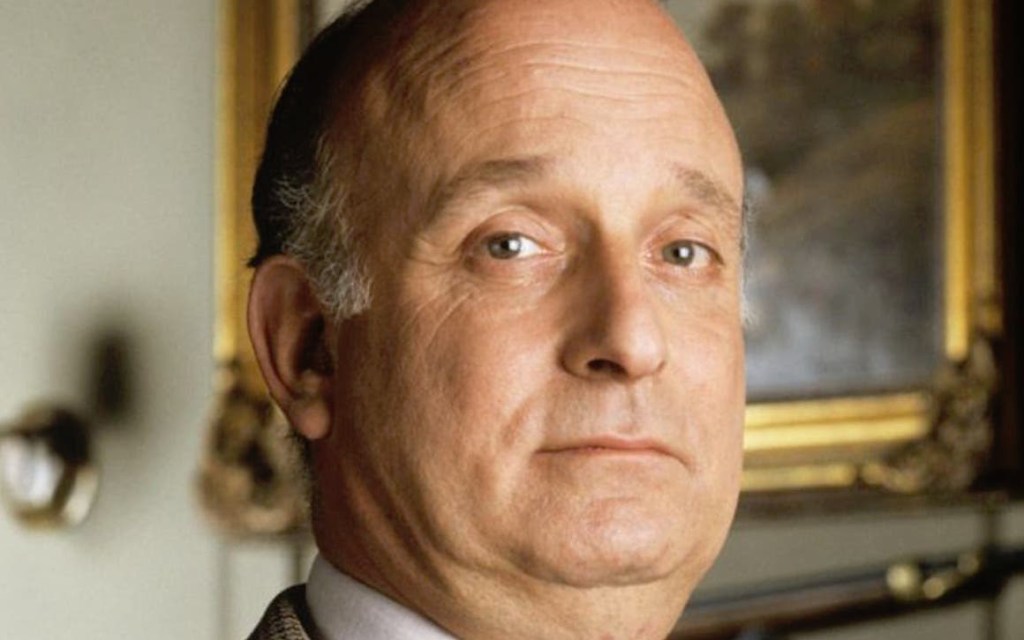 The showbiz world is paying tribute following the death of Vicar Of Dibley star Gary Waldhorn at the age of 78.

The actor, who was best known for playing Councillor David Horton in the classic TV sitcom, died on Monday, his son confirmed.

In a statement via PA News Agency, Josh Waldhorn said: ‘My beloved father, Gary Waldhorn peacefully passed away at 6.45am on January 10 2022.

‘Classically trained, it was the theatre where he truly flourished and he leaves a legacy of entertainment that saw him frequent the boards of Broadway, the West End and our living rooms on the telly!

‘He leaves behind his two grandsons, Cooper and Bayley and his son Josh. We will all miss him terribly.’

Waldhorn appeared in Robin Hood, Brush Strokes, Brideshead Revisited over the course of his long career, but it was Vicar of Dibley for which he was best known.

He starred on the show from 1994 to 2013, and in that time he was responsible for some of the most memorable scenes in the entire series.

Look back at his finest moments from the classic sitcom below.

Two very different worlds collided in the very first scene of the show back in 1994, when Dawn French’s Geraldine Granger and David meet for the first time.

Actor Gary embodied an old-fashioned stuffiness throughout the series, and his attitude in this moment is exactly what Geraldine spent her entire career trying to rage against.

‘I’m expecting the new priest,’ he said unsuspectingly to Geraldine, before adding: ‘Unless they’ve landed us with a woman, as some sort of insane joke!’

Geraldine, always ready to stand up for herself, replied: ‘You were expecting a bloke – beard, bible, bad breath… and instead you got a babe with a bob cut and a magnificent bosom.’

Instantly, the dynamic between the two was set up. The conflict and begrudging respect between them would run right at the heart of the show for the next decade.

The character of Councillor David Horton would never have endeared himself to audiences if he hadn’t shown a softer side.

After being struck by the stories of families impacted by an earthquake in Colombia, one episode saw Geraldine decide to send the money raised for a new stained-glass church window to a relief fund, and get a plain window instead.

Which audiences might have expected David to rage at the news, instead he calls the window ‘very beautiful’ in this understated scene. It’s a telling moment which illustrates the fact that, ultimately, he has real heart too – and is far more than a caricature.

David was always a man of tradition, and his Christmas Day was always just the way he wanted it.

Unfortunately for Geraldine, who dropped by after already having eate way more dinner than she could manage, he also hosted a Brussels sprout eating competition with Hugo …read more

Help is on the way? Pritzker sends thousands of contract health care workers to hospitals swamped with unvaccinated patients