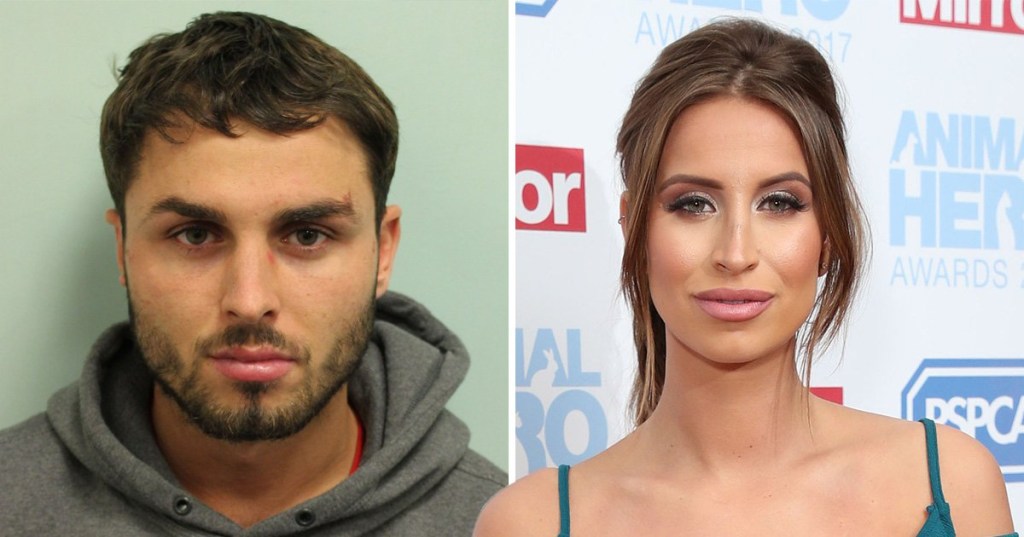 Collins was previously in a relationship with Towie star Ferne (Picture: PA/WireImage)

Collins, 29, is currently serving a 20-year prison sentence after being convicted of GBH and assault occasioning actual bodily harm following an acid attack at a nightclub in 2017.

His relationship with Towie star Ferne ended amid the court case but Collins is father to her four-year-old daughter Sunday.

Reports now claim the inmate has found love again with former Take Me Out contestant Gemma Elliott, who appeared on the ITV dating series in 2014.

The two are said to be longtime friends but are now ‘officially a couple’ despite Collins being behind bars.

On New Year’s Eve, Gemma, 29, reportedly shared photos of herself wearing pyjamas with the name ‘Arthur’ on them, which were tagged on his Instagram page. She is also said to have shared a photo of them together taken before he was jailed.

A comment from an account reportedly belonging to Collins’ read ‘my girl’, to which Gemma replied ‘love u’.

Gemma appeared on Take Me Out in 2014 (Picture: Instagram)

A source told The Sun: ‘Arthur might be banged up but that hasn’t stopped him sweet-talking her from the inside. They became romantic last year and are officially a couple.’

Metro.co.uk understands that Collins’ cell was searched following reports of social media activity, but a phone was not recovered.

Collins was accused of spraying acid at clubgoers in London on April 17, 2017.

The attack began when Collins got into a row with a group of men on the VIP dance floor at Mangle E8 in Dalston. He sprayed acid three times at men he had been arguing with, which splashed onto bystanders and burnt 14 people.

He was convicted of five counts of causing GBH with intent, nine counts of assault occasioning actual bodily harm and sentenced to 20 years behind bars.

Opening up about becoming a first-time mother to daughter Sunday, Ferne previously said: ‘She was a lovely surprise… I’m quite spiritual anyway but they are such a blessing, they are so meant to be.

‘Without getting too cringe and deep, this is what life wants to happen.’

The Ministry of Justice declined to comment when approached by Metro.co.uk.