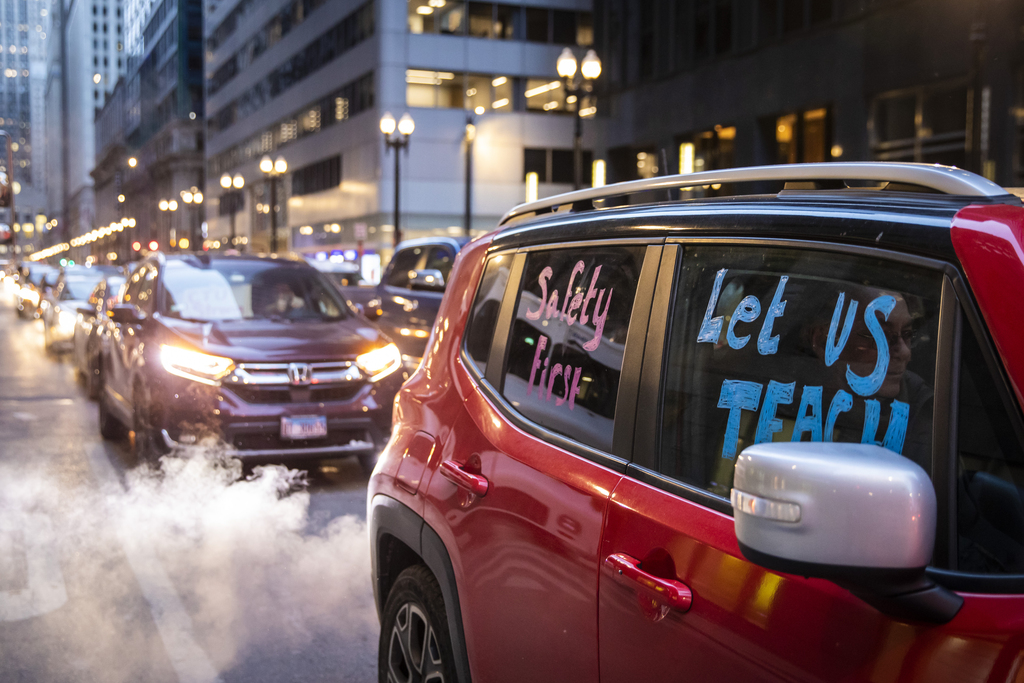 For the first time in a week, Chicago students are expected back in classrooms Wednesday after the city and teachers struck a deal over Covid-19 safety measures.

Negotiators for the Chicago Teachers Union and the city reached a tentative agreement late Monday, ending a deadlock that has become perhaps the nation’s most contentious as the Omicron variant surge has raised questions about in-person versus virtual school.

Amid the impasse, 340,000 students in the third-largest US school system haven’t been in school since January 4.

“I’m certainly relieved to go back to the classroom and see my students,” said Kathryn Rose, who is both a Chicago Public Schools teacher and parent. “My kids are really excited to go back, too.”

Chicago’s tentative agreement — which is subject to a vote by the union’s 25,000 members — includes enhanced Covid-19 testing in schools and will extend through the rest of the school year, Mayor Lori Lightfoot said.

“I’m hopeful will have a stable, uneventful rest of the school year,” she added.

The White House “very much welcome(s) the reopening of Chicago schools,” press secretary Jen Psaki said Tuesday, noting the administration was “in touch on a regular basis” with Illinois Gov. JB Pritzker and Lightfoot.

Coronavirus testing in schools will ramp up to 10% of students in each school being tested each week, Chicago Teachers Union Chief of Staff Jen Johnson said. Some 350,000 rapid antigen tests were delivered to the school district to help address testing concerns, Pritzker said Monday night.

The mayor’s administration also will work with the teachers union, or CTU, in engaging families to increase testing consents, Lightfoot said. “That’s a critical part of it,” she said. “We want to get to as high a number in testing consents as we possibly can.”

The proposal includes details on contact tracing and new incentives to increase the number of substitutes in the district, the mayor said.

The two sides also “reached an agreement on the metrics for, at a school-based level, for when we needed to convert a classroom or school to go remote. Not surprisingly, the component parts of that depend upon staff and or student absences,” she said.

More details of the deal were expected to be released after union’s full rank-and-file membership begins voting on it Tuesday afternoon. The agreement is expected to pass, a union official said.

How the stalemate over school evolved

The confrontation over in-person classes began January 4 when CTU voted to begin teaching virtually amid rising Covid-19 cases in the school system. In response, the school district canceled classes.

The CTU’s House of Delegates voted Monday to suspend the remote work action while its rank-and-file members vote on the proposed agreement.

Amid that voting process, students will return to in-person instruction Wednesday, Chicago Public Schools said in a letter to families. A written document with full details of the agreement would be released after CTU members approved the deal, Lightfoot said.

Kurtenbach: These Niners can be great — if they get out of their own way