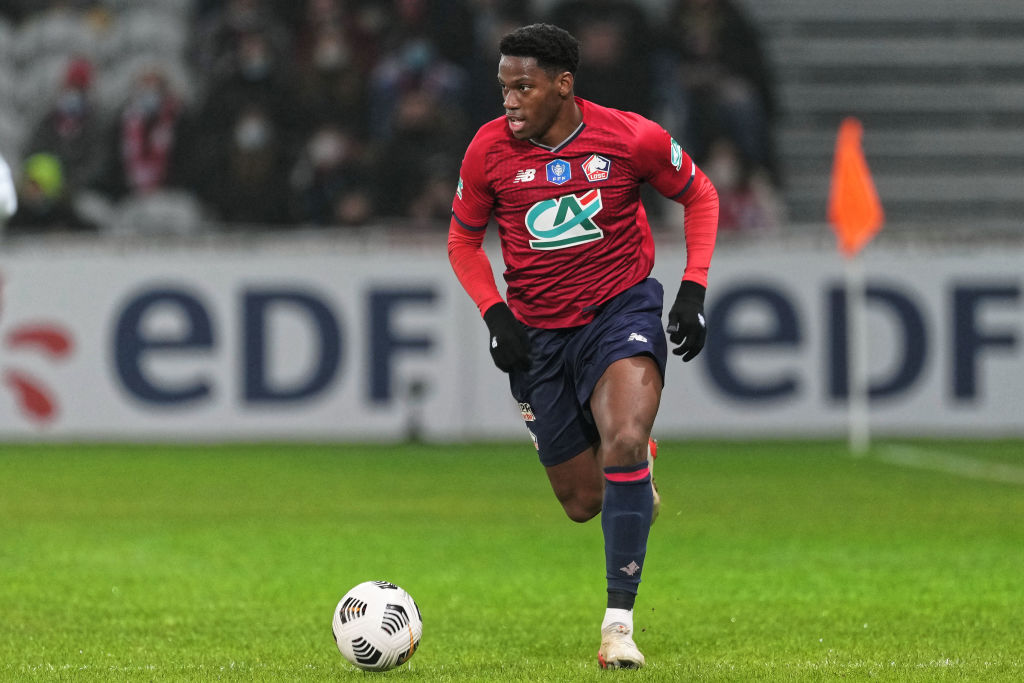 Arsenal have reportedly approached Jonathan David’s agent over a possible move to the Emirates, with head coach Mikel Arteta and technical director Edu scouring the market for reinforcements up front.

David, 21, has established himself as one of the most sought-after attacking players in French football since swapping Gent for Lille 18 months ago and is Ligue 1’s top scorer with 12 goals this season.

The Canada international still has three-and-a-half years remaining on his current deal, but Lille are increasingly resigned to losing their prized possession amid strong interest from a host of elite European clubs including Arsenal, Liverpool and Paris Saint-Germain.

According to football.london, Dusan Vlahovic remains Arsenal’s primary target, with veteran strike duo Alexandre Lacazette and Pierre-Emerick Aubameyang both out of contract in the summer.

But the report indicates the Gunners could focus their attentions on David should they fail in their pursuit of the Fiorentina striker this January.

It’s claimed Arsenal chief Edu held a meeting with David’s representative, Nick Mavromara, at the end of December and the Canadian has plenty of admirers in north London.

However, Lille have reportedly slapped an eye-watering £47million price tag on David and Arsenal are aware the forward will not come cheap.

Everton star Dominic Calvert-Lewin and Real Sociedad ace Alexander Isak are also believed to be on Arsenal’s transfer shortlist as Arteta plans for the future without Lacazette and Aubameyang.

Vlahovic is at the top of Arsenal’s wishlist (Picture: Getty)

Speaking to Radio Canada’s So Soccer podcast last month, David’s agent, Mavromaras, revealed his client had no shortage of potential suitors and claimed the Premier League was a ‘great option’.

However, he insisted there had not yet been any official bids to prise David away from Lille.

‘For us, the goal is to finish the season with Lille, but this will be his last season there for several reasons,’ Mavromaras said.

‘I think the Premier League is a great option for him. I think he likes Spain a lot too. These two leagues are the main priorities for him, but nothing is being ruled out.

‘You never know with Paris Saint-Germain or the big Italian clubs. It’s normal that all these big clubs are interested in the top scorer in Ligue 1.

‘But I can tell you that, today, there’s no official offer.’

Dear Abby: Hateful mother-in-law refuses to see me or our child

Dancing On Ice: Who is Stef Reid and what is her disability?