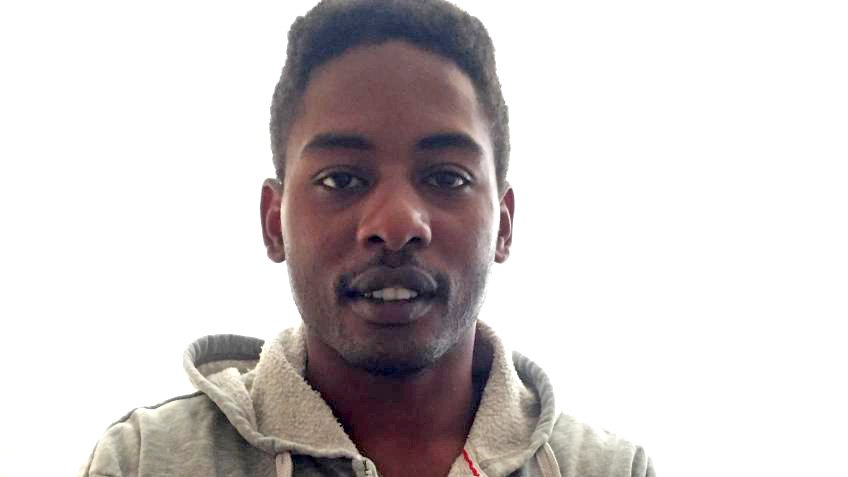 Donte Spillane, 25, has spent most of his life in Cornwall but he’s facing deportation because his parents didn’t register his adoption correctly (Picture: Crowdfunder.co.uk)

A young American man who has lived in the UK since the age of three faces being deported because of a mistake on some old paperwork.

Donte Lavelle Spillane, 25, lives in Redruth, Cornwall, and is in the process of applying for an ‘indefinite leave to remain’ status, otherwise known as ‘settlement’.

This would give him the right to live, work and study here without any time limit, and allow him to apply for benefits.

Donte moved to the UK as a little boy after being adopted by a British couple in Luton.

He has spent most of his life in Cornwall and thinks of himself as Cornish, but because his parents didn’t register his adoption correctly, he can’t prove this.

The error has also prevented him from being registered as the father on his twins’ birth certificates.

This only came to light when Donte started applying for work.

Donte moved out of his family home due to a breakdown in the relationship with his adoptive parents, and went to school in Camelford, Cornwall, until Year 11.

Donte Spillane lives in Cornwall and thinks of himself as Cornish (Picture: Mike Smith/Geograph.co.uk)

He said: ‘I was just 16 and I found myself having to “sofa surf” while trying to complete my exams. I worked hard and managed to earn five GCSEs and a further maths GCSE.

‘My qualification enabled me to attend Bodmin sixth form where I continued with my studies for a year on a maintenance course but due to my housing situation I was unable to complete year two.’

Donte became homeless aged 20 and found he was ‘not coping well’ mentally.

After getting the support he needed, Donte was discharged into supported housing in Redruth, where he could ‘concentrate on his future.’

He began applying for jobs and it was then he realised he had no way of proving he had the right to work in the UK.

Donte said: ‘Up to this point I had only really thought of myself as British or Cornish but when I applied for jobs and was unable to supply full identification, that’s when a new set of difficulties started.

‘After various attempts to contact my adoptive parents, I was able to establish that they did not correctly register my adoption and although I have no other memories of being anything other than British, I don’t have the correct paperwork to prove this.’

Donte said he wanted to work and had got responses back from all the jobs he applied to but he couldn’t ‘even secure a casual job in a supermarket’ because he doesn’t have and can’t apply for a passport.

Without a British passport Donte can’t prove he has the right to work in the UK (Picture: Shutterstock)

After getting legal advice, Donte was told that without ‘indefinite leave to remain’ status, he cannot legally work in …read more

Stock Market: Suez Canal Update! Floating!
Ava DuVernay recalls compelling Colin Kaepernick story about hair and famous cornrows: ‘This is historical in terms of the resistance that our hair represents’

Cancer almost stopped me from adopting our three beautiful boys