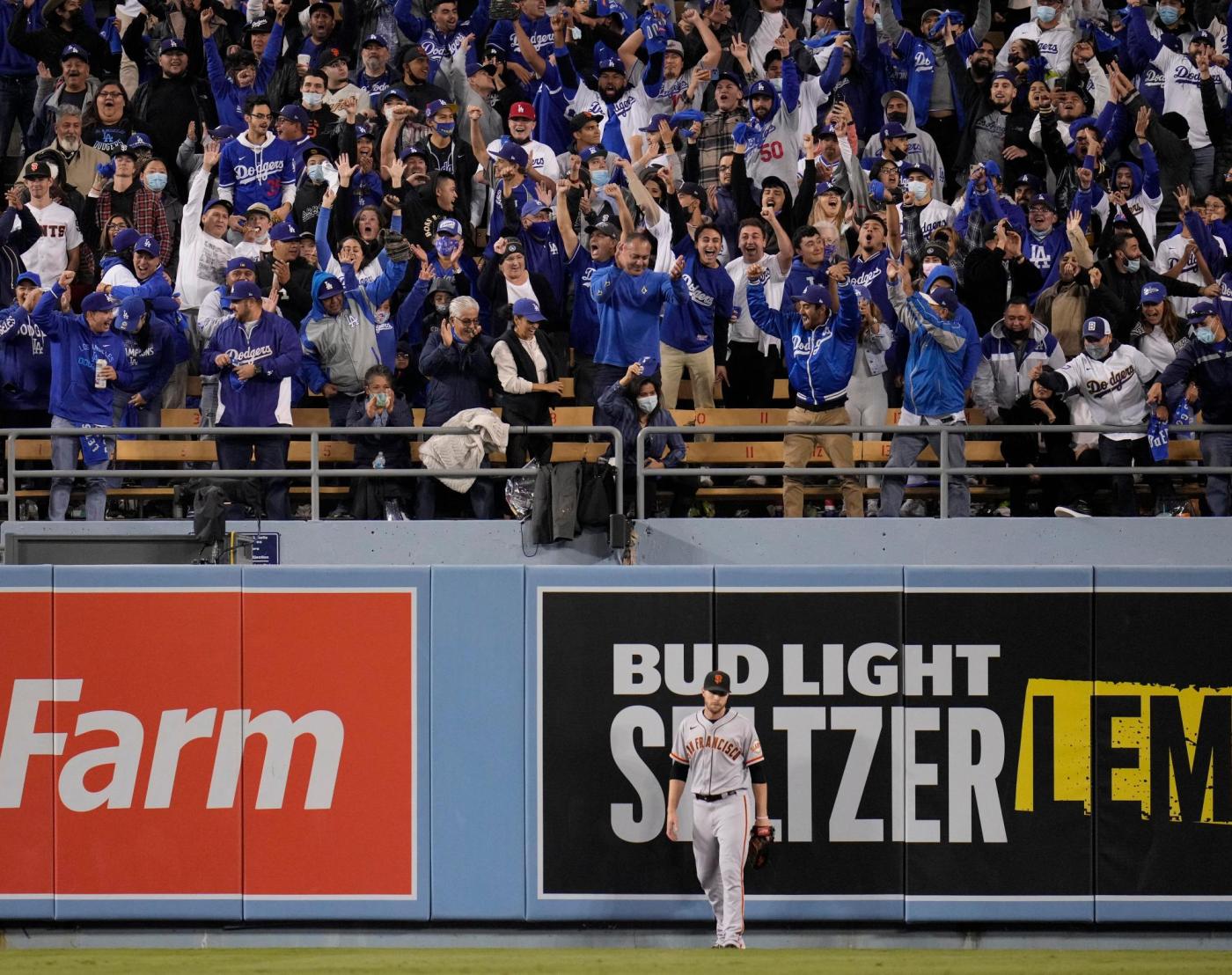 But overall, health inspectors have not reported any major issues, Barbara Ferrer said.

“I think it will take another few days, particularly at these large venues, because as you know, Dodger Stadium is 53,000-plus at these games, and they’re full,” Ferrer said during an online briefing. “There are a lot of fans and they have a lot of gates that are open. So we’re working closely with them and I want to give them a lot of credit. I think they’re going their very best to be in full compliance.

“And this gets easier as they’re able to work out any of the challenges that are happening at the gates,” she said.

Ferrer said inspectors also found high compliance at indoor bars, which are now required to verify proof of at least one vaccine dose for employees and patrons. Full vaccination will be required on Nov. 4.

“There are some places were there wasn’t compliance and a good understanding of how the compliance needed to work … but I do want to note that even in sites where we noted they weren’t in full compliance, we had no issues with the mandate,” Ferrer said. “Nobody was saying they weren’t going to be in compliance. I’m sure there might be some of those places, and we would anticipate that. But all of the sites that got visited over the weekend, folks were eager to figure out how they could go ahead and make sure they were creating this extra layer of protection for folks.”

She acknowledged that inspectors visited only a small fraction of the county’s thousands of indoor bars, but she was “pleased with where we are” with compliance from bars and event venues.

“I want to thank both the establishments and the patrons for taking this extra step to help us try to avoid a disastrous winter,” she said.

The county reported another 19 COVID-19 deaths on Thursday, lifting the overall virus death toll to 26,372.

The rolling daily average rate of people testing positive for the virus remained low at 0.99%.

Stock Market: Suez Canal Update! Floating!
I’ve Had the Best Sleep of My Life in 2021 Thanks to This Luxe Weighted Blanket

Taking on the world, one pancake at a time

Which U.S. team will show up in World Cup qualifier against Costa Rica?

Lawyer who aided Trump is subpoenaed by Jan. 6 committee