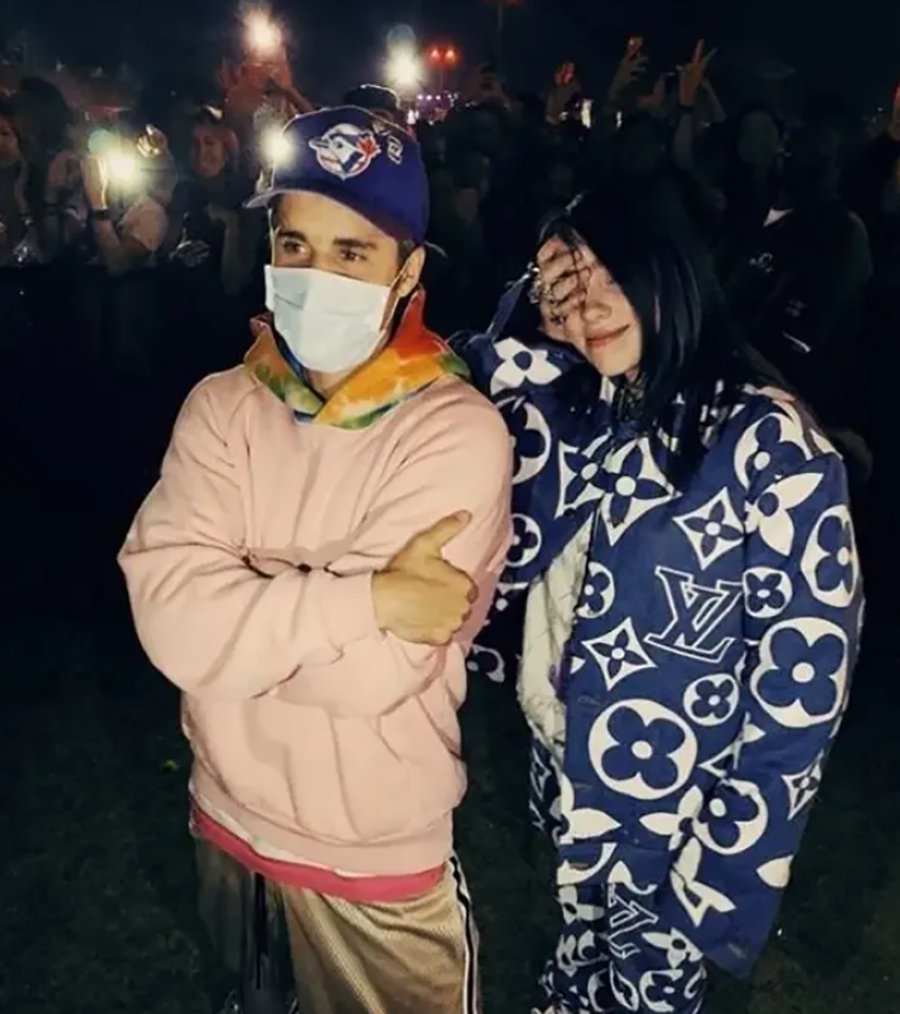 Billie Eilish is living her best life as she continuously reaches new heights and accomplishes her dreams – though some of her aspirations are slightly less conventional than others.

The Happier Than Ever singer appeared on Jimmy Kimmel Live! on Wednesday to speak about her upcoming world tour and new album, but it was far from a straightforward interview.

At 19, with an almost totally sold-out arena tour, several multi-platinum songs and 12 awards under her belt including a Grammy Awards for Record of the Year and Album of the Year, you might think Billie must have achieved all her goals at this point.

Host Jimmy unveiled Billie’s bucket list, written when she was 12 years old, of some of her life’s dreams at the time, (with no mention of ‘be one of the world’s biggest pop stars’!).

Billie has already achieved some of those on the list, like ‘Meet Justin Bieber’, which she did in 2019, as seen in her documentary The World’s A Little Blurry.

Billie was a major Justin Bieber fan and sobbed when she first got to meet her idol (EMB)
Billie Eilish has completed her childhood bucket list after a unique segment on last night’s Jimmy Kimmel Live (Image: Jimmy Kimmel Live!)

Also crossed off the list were ‘Go to Paris’, ‘Big Shopping Spree’ and ‘Get My Hair Done’.

But others, like ‘Get a Mouse’, ‘Cut Someone’s Hair’ and ‘Get Kicked Out of a Target’, were unaccomplished – as was ‘Punch Someone’.

Over the next five minutes, in a ‘Billie’s Bucket List’ segment, the singer-songwriter brought a fan on stage to cut her hair, was gifted a pet white mouse which she named Marcus… and punched Jimmy right in the stomach.

‘Don’t hold back, hit me as hard as you want in the stomach,’ he said, as Billie admitted that ‘the goal is for the face, but I’m not doing that to you.’

Billie reached back and threw an impressive punch, but Jimmy, who had described himself as ‘like a seal’, barely budged.

Seconds later, Billie was granted her last wish, as security dragged her off stage for ‘punching an elderly man’, with an image of a Target shop appearing on the screen behind her.

Billie meets fans who gathered outside the studio hoping to catch a glimpse of the star (Credits: BACKGRID)

The pop sensation also performed her newest single, Happier Than Ever, on the programme, and even took the time to meet some fans who had gathered by the studio hoping to catch a glimpse of her.

While members of the public weren’t allowed into the actual studio grounds, die-hard Billie fans were on their hands and knees at the other side of the blocked-out fence, waving to her underneath the gap.

And Billie being Billie, she joined them on the ground, shaking hands …read more

An unsparing chippy owner is lashing out at negative Tripadvisor reviews

Elephant tramples tourist to death in front of his son