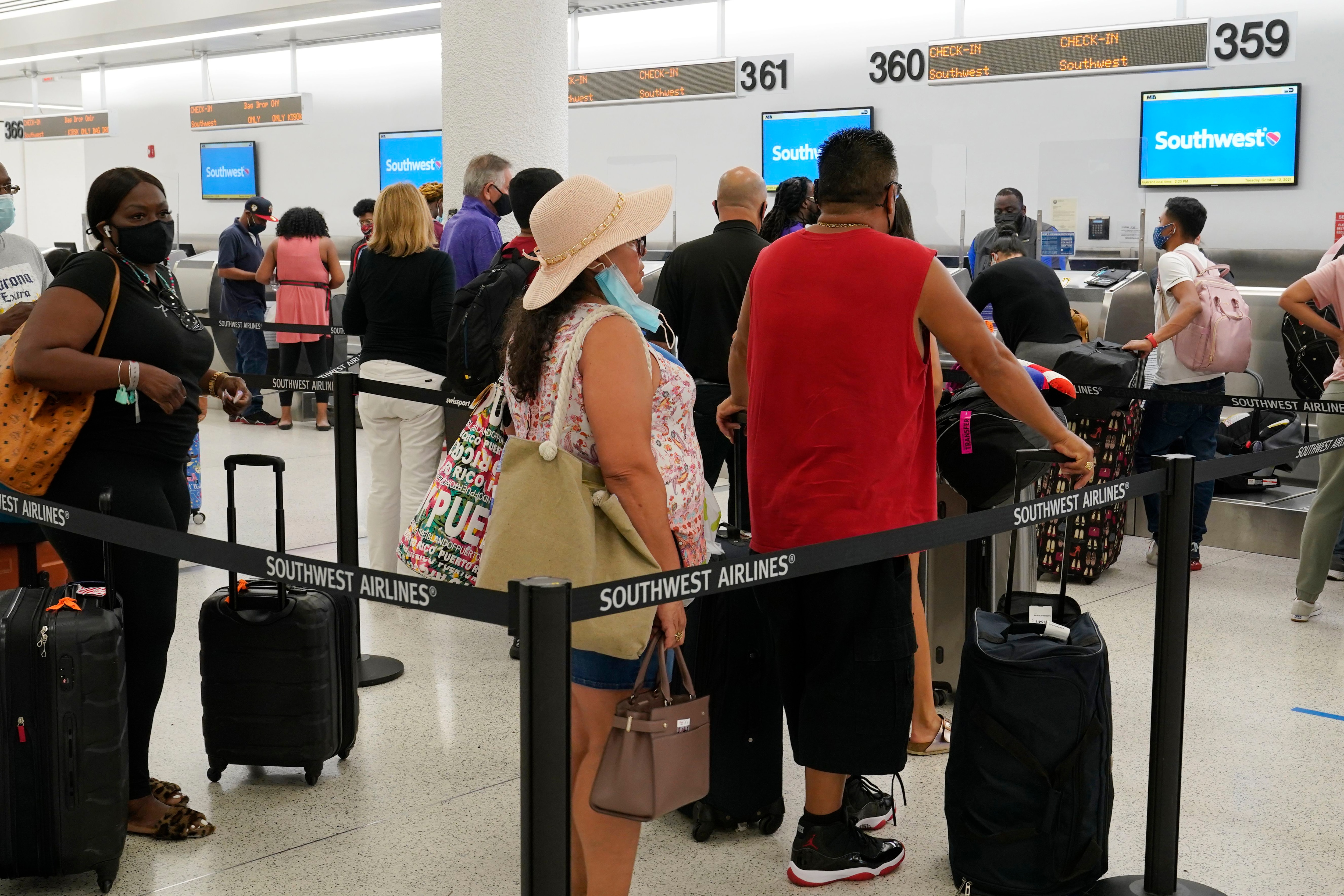 Conservative politicians and pundits, including Republican Sen. Ted Cruz of Texas, alleged the flight disruptions resulted from pilots and air traffic controllers walking off their jobs or calling in sick to protest federal vaccination requirements.

The airline, its pilots’ union and the Federal Aviation Administration denied that.

Still, Twitter posts claiming airline employees were “standing up to medical tyranny” and participating in a “mass sickout” amassed thousands of shares. Vague and anonymous messages on social media speculated that Southwest was hiding the real reason for its disruptions. And anti-vaccine rallying cries such as #DoNotComply, #NoVaccineMandate and #HoldTheLine were among the 10 most popular hashtags tweeted in connection to Southwest over the weekend, according to a report from media intelligence firm Zignal Labs.

Even as flights appeared to be running closer to normal on Tuesday, the Texas-based airline remained at the center of the latest front in the vaccine mandate culture war, its challenges exploited by opponents of vaccine requirements.

Neither the company nor its pilots’ union has provided evidence to back up their explanations for why nearly 2,400 flights were canceled from Saturday through Monday. Southwest has only said that bad weather and air traffic control issues in Florida on Friday triggered cascading failures in which planes and pilots were trapped out of position for their next flight.

“When you get behind, it just takes several days to catch up,” CEO Gary Kelly said Tuesday on CNBC. “We were significantly set behind on Friday.”

Southwest struggled all summer with delays and cancellations. A senior executive admitted to employees Sunday that the airline is still understaffed and might need to reduce flights in November and December.

Despite repeated requests, the company and the union have declined to say how many employees missed work during the crisis. They have said that absentee rates were similar to those over a typical summer weekend, but they have not put out numbers to support that argument. It is also unclear how many Southwest pilots are unvaccinated.

Meanwhile, speculation from prominent conservative politicians and pundits has flooded into the void. Many shared the unsubstantiated theory, but few provided details, facts or examples of employees walking off the job to protest the vaccine.

A funky Flea celebrates his birthday, his school’s founding

Powell’s age and cancer bout left him vulnerable to COVID