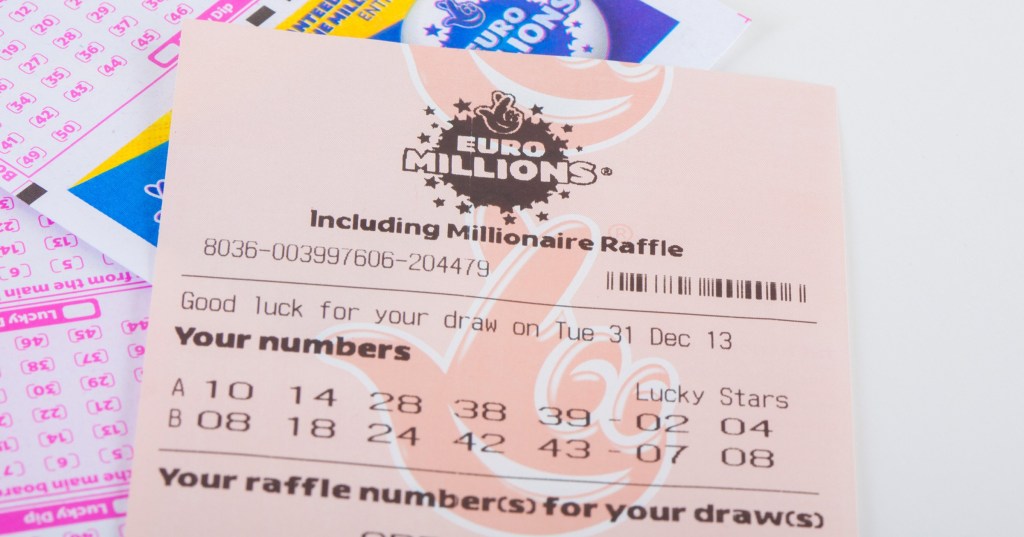 No one won the record jackpot despite a huge surge in customers buying last minute tickets (Picture: Getty)

The bad news is, you didn’t win the lottery. The good news is, no one else did either.

Yesterday’s record £184 million Euromillions jackpot has gone unclaimed, meaning the huge prize will be up for grabs again on Friday.

The National Lottery app was on the verge of crashing altogether last night as hopeful customers rushed to get a ticket.

UK players are competing with people across nine different European countries – so look away now if you don’t want to know how slim your chances are.

Those aren’t great odds. But, someone’s going to have to win it eventually.

After successive rollovers, the jackpot has hit the point at which it is capped, meaning it will stay at £184 million until it’s won.

It stays at that level for a further four draws if no-one claims the winnings.

The jackpot must be won in the fifth draw and if no ticket matches all the numbers it is shared among all those ticketholders at the next prize tier where there are winners.

The EuroMillions jackpot has hit the cap, meaning it must be won or split in the next few weeks (Picture: EPA)

If it’s won by a Brit, it will easily eclipse the UK’s record lottery win to date, £170 claimed by a EuroMillions winner in 2019.

Camelot’s Andy Carter, senior winners’ adviser at The National Lottery, said ‘it’s all to play for on Friday night’

He added: ‘If one UK winner banks the lot, they would instantly become the UK’s biggest ever National Lottery winner.

‘Players are urged to get their tickets early to be in with a chance of winning this extraordinary prize.’

There have been five UK EuroMillions jackpot winners so far this year, including the anonymous winners of £122 million in April and £111 million in June.

The biggest recent UK winners to go public were Frances and Patrick Connolly, from Northern Ireland, who scooped a £115 million prize in 2019.

Commenting on the app troubles on Tuesday night, a National Lottery spokesperson said: ‘Sorry if you were unable to buy a ticket for tonight’s EuroMillions draw.

‘This is the biggest ever EuroMillions jackpot, and there was a huge influx of players trying to buy a ticket before the cut-off time, and this caused the website and app to run slower than normal.’

This You Gotta See: Justin Fields meets the Packers; Sky shoot for the confetti

Prince William to Bezos, Branson and Musk: save the planet, then travel to space