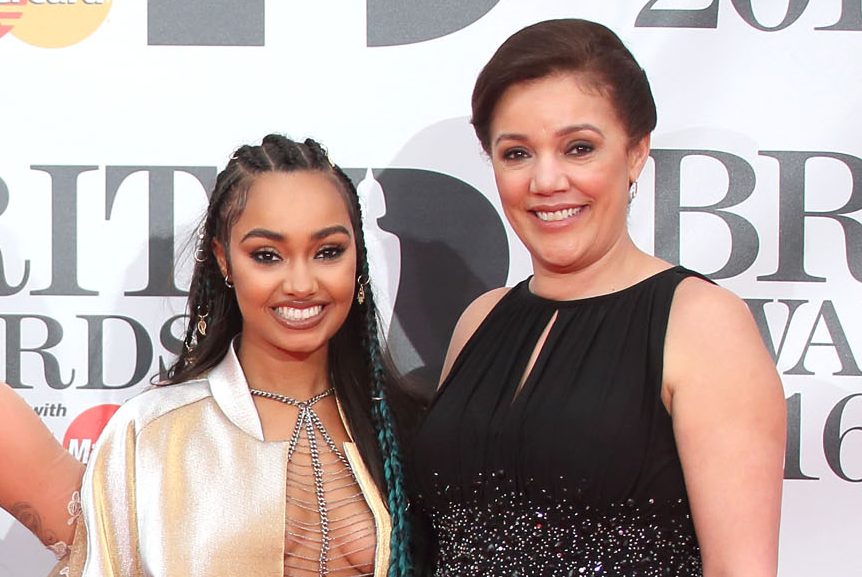 Leigh-Anne Pinnock’s mum has her back (Picture: Mike Marsland/WireImage)

Leigh-Anne Pinnock’s mum has spoken out in support of her daughter after Nicki Minaj called her a clown in a recent live stream with former Little Mix member Jesy Nelson.

Leigh-Anne became the target of Nicki’s fury during an Instagram Live the rapper did with Jesy off the back of their collaboration Boyz.

Towards the end, Nicki turned her attention to the allegations of blackfishing against her collaborator, as well as the alleged reaction from her former bandmates.

Thanking her daughter’s fans for their continued support of the star, who recently welcomed twins, Debbie added, ‘thank you everyone,’ signing off with a string of heart-kiss emoji.

Fans took the opportunity to flood the comments with supportive messages for Leigh-Anne.

‘Tell her we love her so much and mixers will always have her back,’ wrote one user, with a second person adding: ‘we send all our love to you and leigh.’

‘Debbie, we love Leigh and wish her all the best. She deserves all the love in the world because she is a wonderful person, an amazing person,’ commented a third fan.

A fourth person added: ‘We love her so much Debbie! She means the world and the stars to us. I really hope she knows we’ll always have her back.’

Jesy Nelson has been faced with blackfishing allegations since her time with Little Mix (Picture: Getty)

It comes after influencer NoHun released DMs alleged to be sent between himself and Leigh-Anne in which the singer claimed Jesy actually blocked them. These messages have not been verified.

In the same screenshot, Leigh-Anne appeared to be calling Jesy a ‘black fish’ but the legitimacy of those messages has been called into question.

Seemingly addressing the messages on Monday, Nicki went on a rant against Leigh-Anne, calling her a clown and insulting her for not having her former bandmate’s back.

She said: ‘As soon as people can’t get a bag with you they seem to want to stop your bag.

‘Immediately that person has to wear a big …read more

Could a bank’s $20 million investment add up to better days for South Chicago?

Amazon brings its might to Matteson, doing everything in a big way