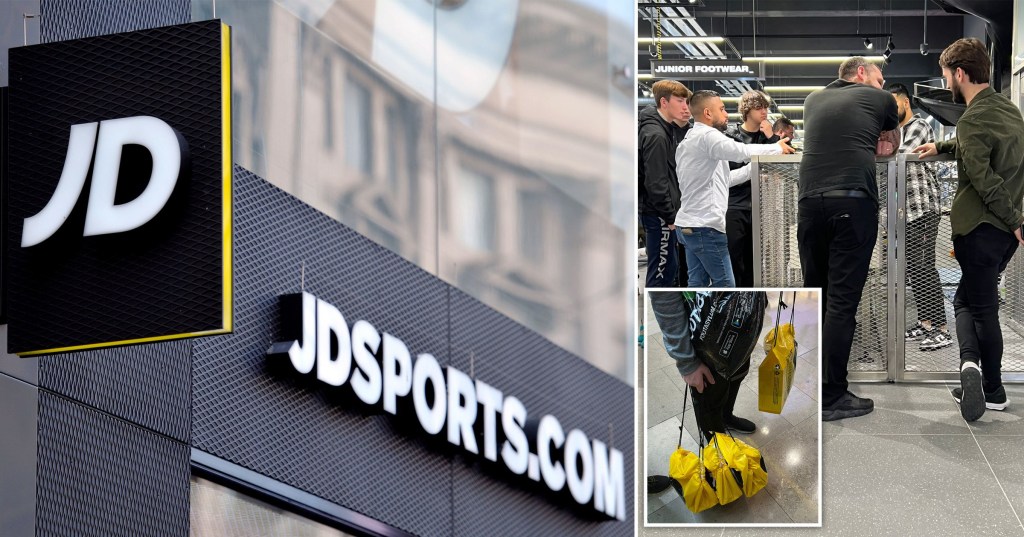 Black shoppers lining up to buy the most sought-after trainers at JD Sports say they were refused service after being racially stereotyped as ‘resellers’.

The sneaker giant unveiled its huge new store at Westfield Stratford City earlier this month, with hundreds of eager customers queueing up for hours before the grand opening in east London.

But some people claim they left empty-handed after staff allegedly turned them away over the colour of their skin – which JD Sports rejected as ‘entirely false’.

Romero, who wishes to keep his surname anonymous, saw adverts for the new Nike Dunks and travelled from Tottenham to buy a pair for £90.

However, he alleges he and other black shoppers who made up the majority of the crowd, were stereotyped as ‘resellers’ and turned away.

This is despite the store not operating a policy that states merchandise cannot be resold.

Romero, 33, told Metro.co.uk: ‘JD Sports advertised the trainers that everyone wanted, so I was really excited as retail is much cheaper, otherwise they are triple the price.

‘People were queuing but they removed the pair on display just before they let us in, so everyone was really confused.

Romero had been queuing to get in the store since the morning before being turned away (Picture: Romero)
The 33-year-old from Tottenham accused the shop of racial stereotyping (Picture: Romero)

‘Staff kept telling us that we are resellers. I was told “we are not selling them to resellers, you might as well go” and “you lot are ruining the experience”.

‘Who are “you lot?” The only people I was surrounded by were black people and I did not even know them, I came by myself.

‘They didn’t want to sell Dunks to black people under the guise we are all resellers.

‘It was terrible, it was absolutely disgusting. I am so embarrassed and they need to be held accountable for it. This cannot go on.’

Romero said he also approached one of the managers and asked for a blue and white pair, but they told him ‘it is funny you want the ones with the most resell value’ and ‘we are not selling them to you’.

Disappointed, he walked around the shopping centre and browsed other stores, before passing JD Sports several hours later, when he says he saw ‘a bunch of white kids’ with the trainers.

He said: ‘We had been asking all morning for these shoes, but all we got told is that we are resellers.

‘As soon as the large majority of us had left, they had started selling them. There was a lot of stereotyping going on.

Romero said the store promoted the Nike Dunks ahead of the big opening (Picture: Romero)

‘I even asked the managers if there is a particular criteria I have to fit. They were just not selling to us.’

Can you have the flu jab if you have a cold?

Emmerdale hints at Vic’s death as she exposes Meena

Murder Island: Who is the killer? Suspects, theories, and clues so far