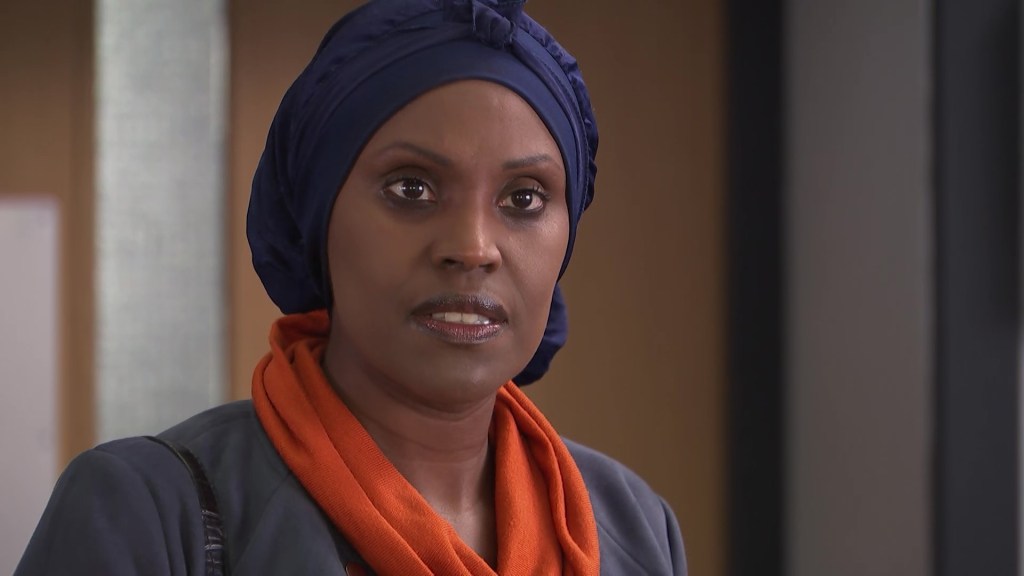 Is Martine set to leave the village? (Picture: Lime Pictures)

Martine Deveraux (Kelle Bryan) leaves her family concerned next week in Hollyoaks when she resolves to depart the village in the wake of Felix Westwood’s (Richard Blackwood) disappearance.

The soap stalwart, who is undergoing treatment for cancer, prepares for her operation in upcoming scenes, and she’s got plenty of support from her nearest and dearest.

Felix, however, is nowhere to be found.

This naturally worries Martine, and when she’s unable to contact him, she starts to question his reliability once again.

Little does she know that he’s planning on proposing!

Felix heads off to be there for Martine when she wakes up, but Warren Fox (Jamie Lomas) decides to seek murderous revenge.

The Deverauxs are stunned when they receive a worrying phone call from Felix, who subsequently disappears.

Fergus Collins (Robert Beck) implies that Felix has done a runner, and Martine falls out with DeMarcus (Tomi Ade) as they discuss his disappearance.

Worrying about Felix jeopardises Martine’s recovery, and – before long – she contemplates leaving the village.

Will Martine follow through? Or will her loved ones be able to convince her to stay put?