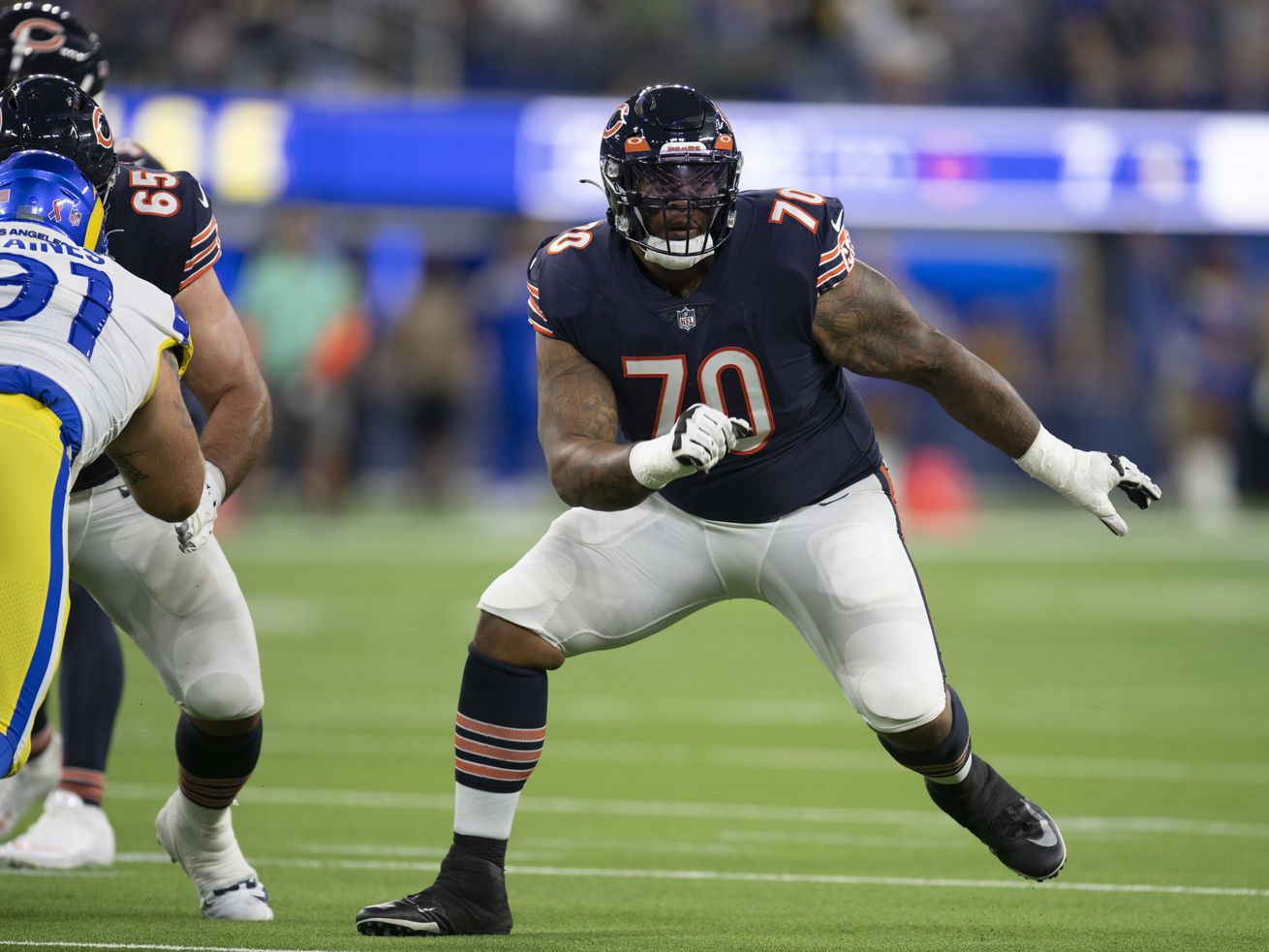 The veteran lineman, who replaced left tackle Jason Peters in Week 1, will replace right tackle Germain Ifedi vs. the Packers. Ifedi was put on IR with a knee injury, but is expected to return.

The Bears put right tackle Germain Ifedi on injured reserve after Ifedi suffered a knee injury in the second quarter against the Raiders. He will miss a minimum of three games on IR, but coach Matt Nagy said it was not a season-ending injury.

Veteran Elijah Wilkinson, who played the final 35 offensive snaps for Ifedi against the Raiders, will start against the Packers on Sunday at Soldier Field.

“I thought he did well,” Nagy said of Wilkinson, who has started 26 NFL games in his five-year career, including seven last season with the Broncos. “There’s a lot of evidence of him on tape doing some really good things — in particular in the run game and couple of times in the pass game. That’s a good part of having depth — you get a guy like him, and you have a few other guys as well, so it’s good.”

Outside linebacker Jeremiah Attaochu was put on IR with a season-ending torn pectoral muscle. Attaochu was playing 27 snaps a game behind Khalil Mack and Robert Quinn prior to the injury. Second-year linebacker Trevis Gipson, who has had a sack in the last two games, likely will get more snaps with Attaochu out.

Wide receiver Allen Robinson did not practice Wednesday because of an ankle injury. Robinson addressed the media on Tuesday — usually a sign a player is going to participate in that week’s game.

Defensive end Akiem Hicks is the biggest concern on the Bears’ injury list. Hicks, who did not play against the Raiders because of a groin injury, did not practice Wednesday and Nagy did not address his injury situation with the media prior to practice.

Gipson’s emergence the past two weeks eases the pain of losing Attaochu. The depth at inside linebacker is strong as well, with Alec Ogletree starting ahead of veteran Danny Trevathan, who returned from IR after recovering from a knee injury. Ogletree played 35 snaps against the Raiders. Trevathan played 10.

“It’s a good problem when you have a guy like Ogletree able to step in in his absence,” safety Tashaun Gipson said. “Ogletree has been playing some really good football for us and doing everything we ask of him.

“But getting DT [Trevathan] back, that’s always huge. Not only is he a phenomenal player but he’s a smart …read more