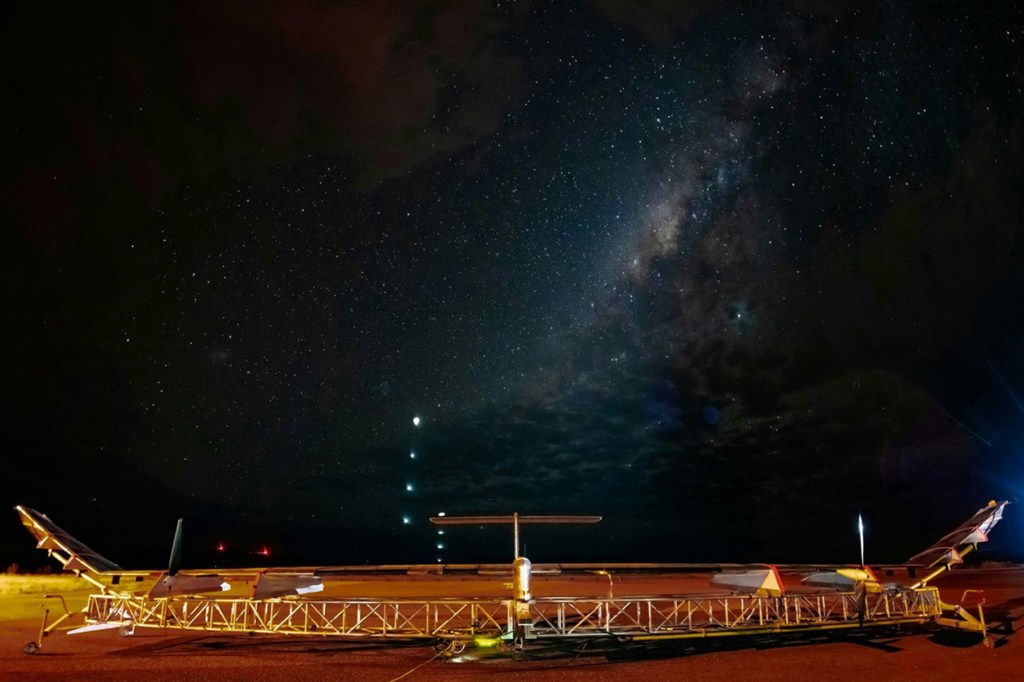 Aerospace giant Airbus has tested a solar-powered aircraft that it hopes can bring the internet to some of the billions of unconnected people around the world.

The company said that its Zephyr, which resembles an unmanned glider but with two small propellers, could soon be spending around six months in the air at a time.

The aerospace manufacturer has already run its first test flights in civilian airspace, clocking up a total of 36 days in the air across just two flights.

When airborne, the Zephyr lives in the stratosphere – flying higher than planes, and lower than satellites.

It will be cheaper than a satellite, more environmentally friendly – as it runs on solar power – easier to control, and can be landed and repurposed for a different mission.

But the 18-day trips are only the start, said Jana Rosenmann, head of unmanned aerial systems at Airbus.

‘We have ambitions to be going for periods of months, up to six months,’ she said.

‘Our batteries are really performing extremely well. I think we’re confident right now about (reaching) three months and I would say that going for six months on this air vehicle would not be a problem

‘Have we proved that operationally? No, not yet. But all the steps we have been doing in our lab tests are clearly indicating that we are on a very good path.’

She added: ‘I think it’s got a huge potential to reach people that traditionally you’re not going to reach with fibre (broadband), there really isn’t a limit to it.

‘There isn’t really a limit to reaching the unconnected population today, which is a vast community.’

According to Unicef data from 2020, two-thirds of school-age children around the world, around 1.3 billion people, do not have internet connections in their homes.

Once airborne, it can bring an internet signal to places previously beyond reach. (Airbus)

The Zephyr can also have military uses, and the second of the two flights was done for the UK’s Ministry of Defence. The company is also pitching it for use in disaster zones, and other areas where real-time information is needed.

MORE : Sky internet down for thousands of customers across UK

Man, 32, charged with posing as police officer to kidnap girl, 14