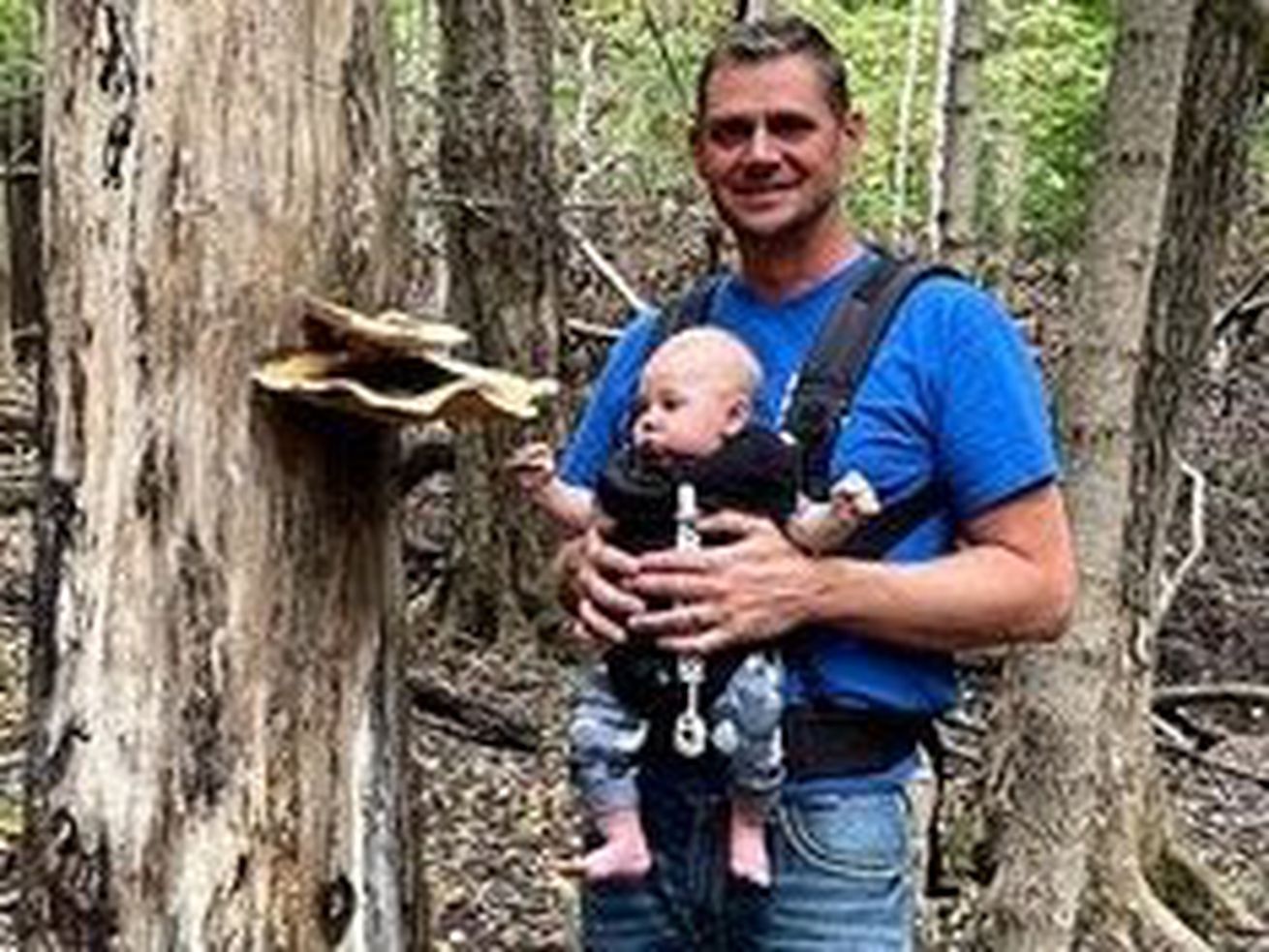 Jason Langford and his 3-month-old son Ace next to a mature pheasant back. | Provided

Mushroom of the Week restarts with a family outing, pheasant backs, honeys, chicken-of-the-woods and other mushrooms.

Jason Langford went hunting for fall mushrooms last week with his family, including 3-month-old son, Ace. It seemed like a perfect way to restart Mushroom of the Week.

They found “lots” of mushrooms, including chicken-of-the-woods, pheasant backs (also known as Dryad’s saddle) and others. Later he found honeys, too. He also sent the photo below of chicken-of-the-woods fried. Something I appreciate as a lover of food photos.

A reminder that foraging for fall mushrooms is prohibited in virtually all area park districts and forest preserves. Also know your mushrooms or connect with somebody who does if foraging for them.

MOTW, the celebration of fall mushrooms and their stories (the stories matter, as this one shows) around Chicago outdoors, runs Wednesdays in the paper Sun-Times as warranted. The online posting here at https://chicago.suntimes.com/outdoors goes up at varied days of the week, depending on what is going on the wide world of the outdoors.

Gemma Collins buys enormous £22,000 wooden elephant sculpture for her garden and it’s for a good cause