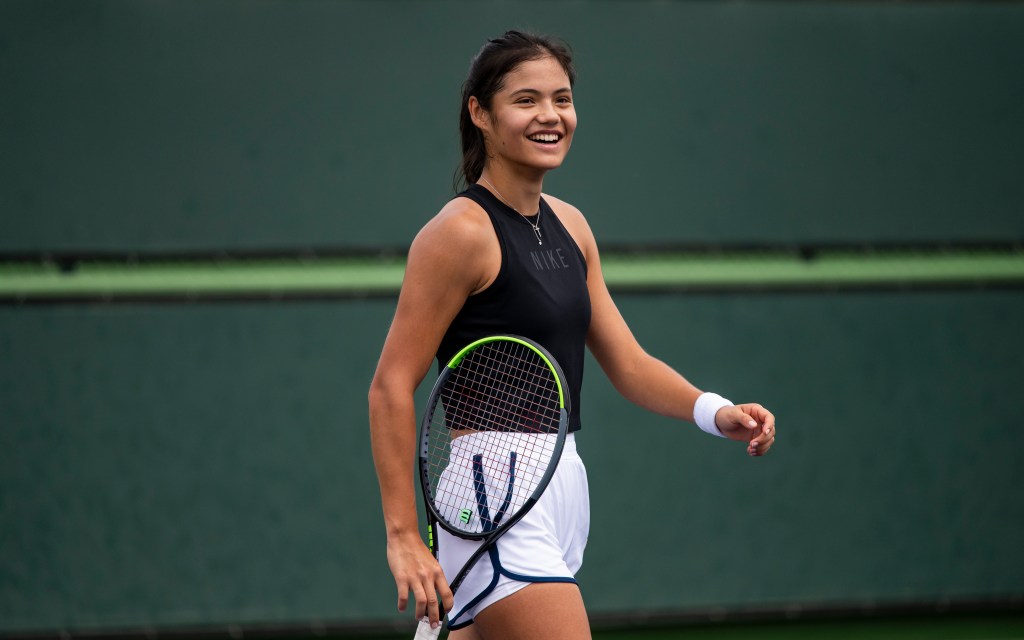 Emma Raducanu has confirmed she will play at the Mubadala World Tennis Championship in Abu Dhabi at the end of the year.

The 18-year-old suffered a disappointing second round exit at Indian Wells last week in her first competitive match since her shock US Open triumph in September.

Raducanu will now be hoping to end the season on a high before turning her attention to the new season with the Australian Open getting underway in mid-January.

And to help her preparations for what will be only her third Grand Slam appearance, the Brit has signed up for the exhibition tournament taking place in Abu Dhabi between December 16-18.

‘I’ve never been to Abu Dhabi and can’t wait to go and play in the championship,’ Raducanu said.

‘I know the UAE is celebrating its 50th anniversary at the beginning of December, so I’m sure it’s going to be amazing there and I’m excited to experience everything the country has to offer both at the event and culturally.’

It’s not yet known who Raducanu will be facing in the Mubadala World Tennis Championship but the tournament has featured plenty of big names in the past including the likes of Serena Williams, Venus Williams and Maria Sharapova.

And Raducanu’s win at Flushing Meadows has clearly got tournament organisers keen to get the world No.22 on board.

‘Seeing Emma’s star rising with superb performances in the summer, and the fans’ reaction, we knew we had to bring her to Abu Dhabi, with Emma’s remarkable victory at the US Open reinforcing that decision,’ John Lickrish, CEO of Flash Entertainment, said.

‘Emma – and her opponent – who will be announced in coming days, will continue the legacy of the MWTC women’s match, which has a history of attracting the biggest names in some epic encounters.’

Following her disappointment at Indian Wells, Raducanu is next set to feature at the Kremlin Cup next week.

John Lewis respond to backlash from home insurance advert: ‘We believe in children having fun’

Dr Hilary suggests masks should be reintroduced in schools: ‘This is a real problem’

Dear Abby: Husband gets mad when I go out with friends

Man charged with attacking woman on CTA train in Loop