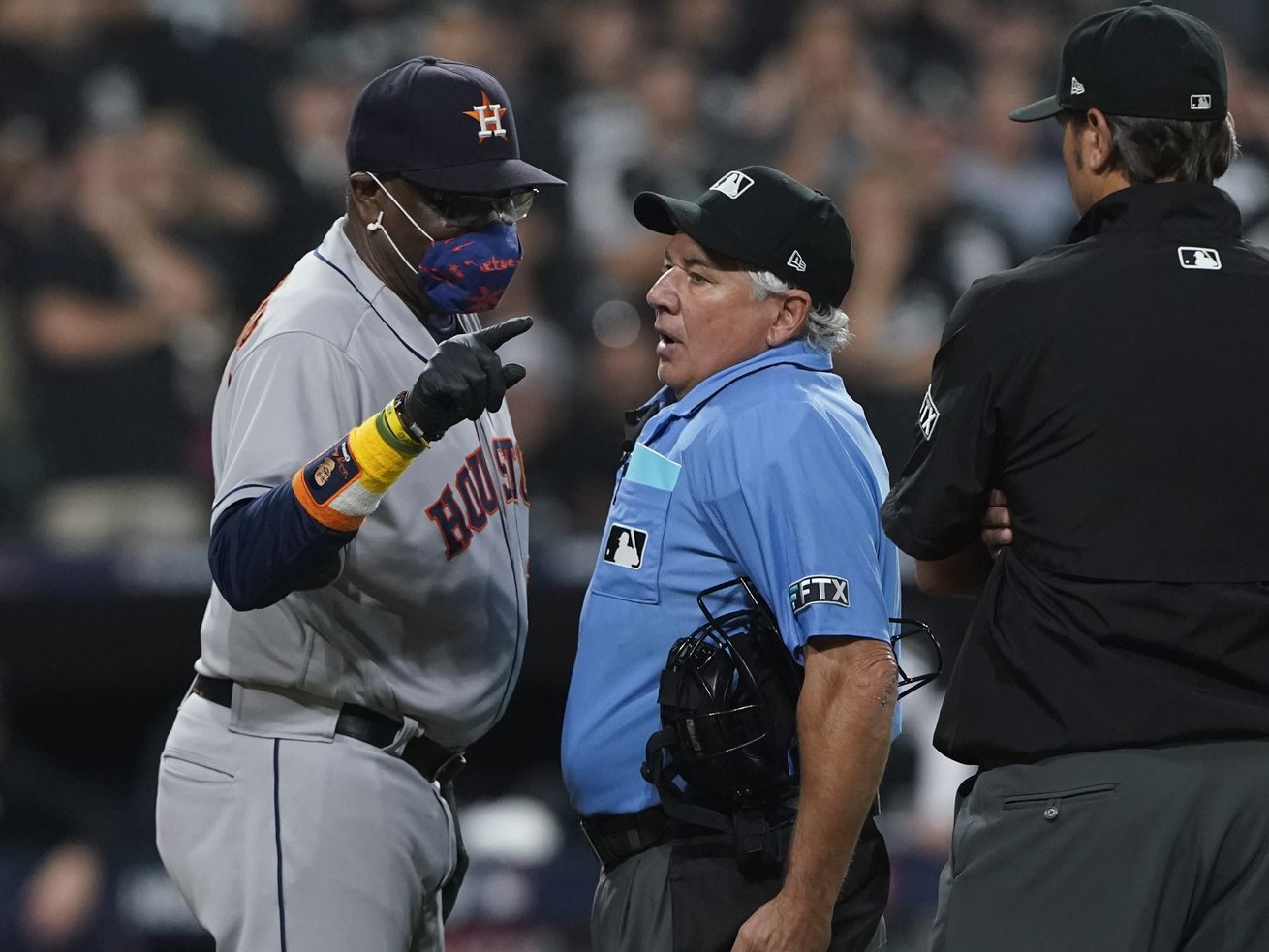 Voters have treated winning a Series as a prerequisite for electing a modern manager to the Hall of Fame, so Baker still has work to do.

Only 23 managers have been elected to the Baseball Hall of Fame. The White Sox’ Tony La Russa is one of them and, as Steve Greenberg reported Monday in the Sun-Times, is all in favor of the Astros’ Dusty Baker joining the club.

Baker has a by-the-numbers problem that he could fix by ousting the Sox and going on to win the World Series: No one whose managerial career started since Major League Baseball split into divisions in 1969 has been elected to the Hall without winning a World Series.

The Giants won the National League pennant under Baker in 2002 but lost the Series to the Angels. There are no other Series appearances on Baker’s record, although he has taken five teams, including the Cubs, to a total of 11 postseasons.

Frank Selee and Ned Hanlon managed mostly in the 19th century, before the Series was born.

Baker’s record isn’t far off those of the Hall of Famers. His 1,987 victories trail 11 Hall members, putting him in the middle. His .534 winning percentage tops that of eight Hall members. He’s near La Russa’s victory rate. The Sox’ manager is 2,821-2,434 for his career, a .538 percentage.

Taking runs scored and allowed, La Russa’s Pythagorean expectation is .534 and Baker’s .530. Managing the equivalent of 32.4 seasons in 34 years, La Russa has won 15 more games than the projection — less than a half-game per 162-game season.

It’s the same for Baker, who has managed the equivalent of 23 seasons in 24 years. He has won 14 games more than his projection, a statistically insignificant 0.6 games per season.

Among others who started managing in 1969 or later, winning percentages are …read more