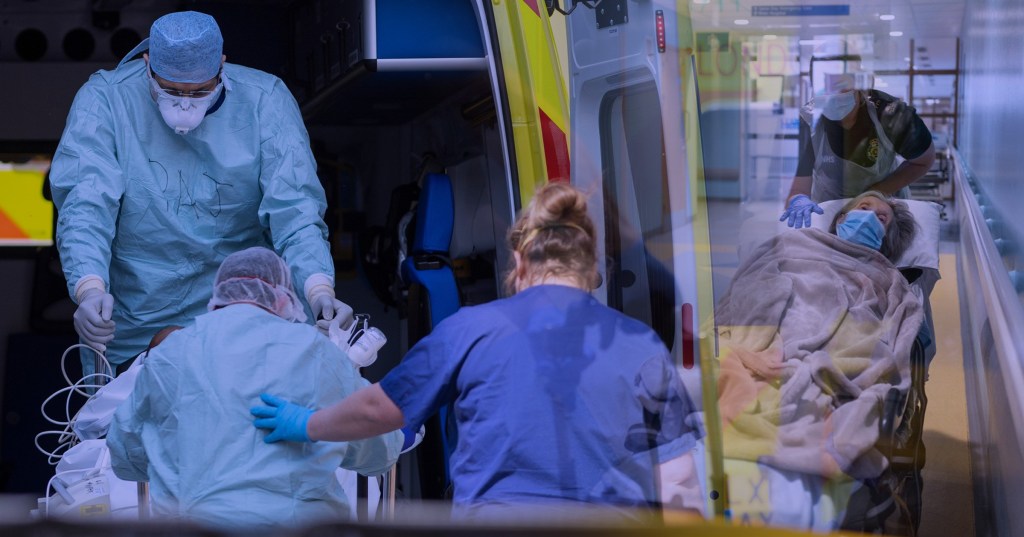 Serious errors at the start of the pandemic cost lives, a report has found (Picture: Reuters/Getty)

Serious mistakes by ministers and scientists at the start of the Covid pandemic cost lives and hampered the country’s ability to respond to the threat of the virus, a damning new report has found.

MPs have criticised the time it took to lock the country down in March 2020, the lack of testing early on, a failure to close the borders with hard-hit countries and the decision not to test people as they were discharged from hospitals.

The study – penned by two parliamentary committees – said the ‘decisions on lockdowns and social distancing during the early weeks of the pandemic – and the advice that led to them – rank as one of the most important public health failures the United Kingdom has ever experienced’.

MPs concluded it was ‘astonishing’ it took so long for Sage to say a full lockdown was needed and for the Government to implement one, adding they thought the evidence showed a lockdown was ‘inevitable’.

They said the ‘early weeks of the pandemic expose deficiencies in both scientific advice and Government action’, with no real idea of how far the virus had spread and a downplaying of the role of asymptomatic transmission.

In a wide-ranging report, the cross-party Science and Technology Committee and the Health and Social Care Committee said the UK’s pandemic planning was too ‘narrowly and inflexibly based on a flu model’ that failed to learn the lessons from previous outbreaks of Sars, Mers and Ebola.

When Covid was first identified in China, MPs said the UK’s policy was to take a ‘gradual and incremental approach’ to interventions such as social distancing, isolation and lockdowns.

Not testing people discharged from hospitals to care homes was a major error, the report said (Picture: Getty Images Europe)

In their study, they said this was ‘a deliberate policy’ proposed by scientists and adopted by UK governments, which has now been shown to be ‘wrong’ and led to a higher death toll.

They found although pursing ‘herd immunity’ was not an official strategy, experts and ministers sought to ‘only moderate the speed of infection’ through the population – flattening the curve – rather than seeking to stop its spread altogether.

The report added: ‘The policy was pursued until March 23 because of the official scientific advice the Government received, not in spite of it.’

Evidence for the report was compiled via hours of interviews with key figures including the Prime Minister’s former adviser Dominic Cummings, and former health secretary Matt Hancock.

A key report showed 500,000 people could die unless the country locked …read more

You can now rent Beatrix Potter’s former cottage in the Lake District for £1,750 a month