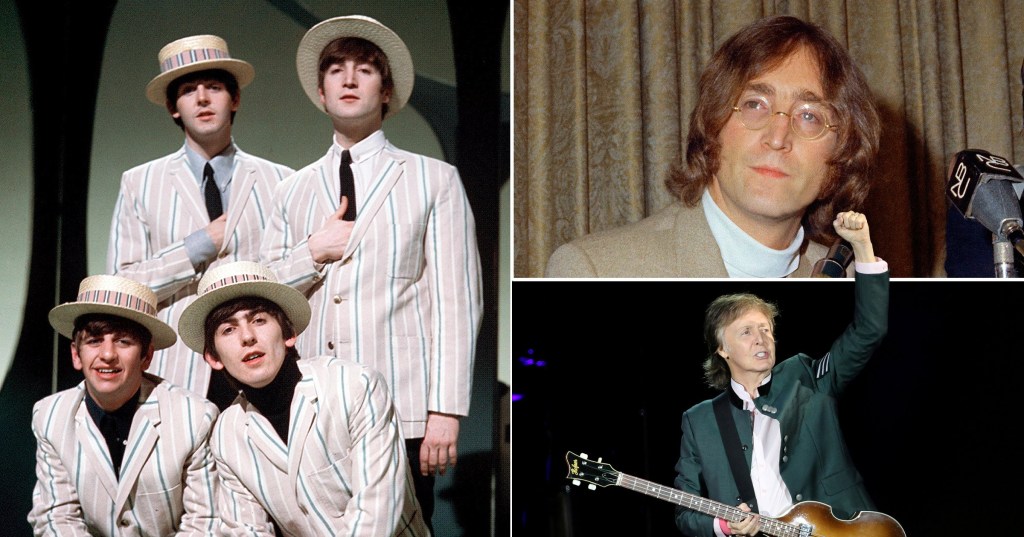 John Lennon announced he was leaving the Beatles, according to Sir Paul McCartney (Picture: AP/Reuters/Rex)

Sir Paul McCartney has said that it was John Lennon – and not him, as previously popularly thought – who ‘instigated’ the Beatles’ split.

Talking in an upcoming BBC Radio 4 interview, he explained that he was ‘not the person who instigated the split’, sharing that it ‘was our Johnny’.

He continued: ‘John walked into a room one day and said I am leaving the Beatles.

‘And he said, “It’s quite thrilling, it’s rather like a divorce.” And then we were left to pick up the pieces.’

Before now, the blame has mostly been laid at Sir Paul’s door, owing to comments in a self-interview he released to the press ahead of his solo album, McCartney, in April 1970.

Many took it as an official announcement of the group’s break-up when he said he could not ‘foresee a time when Lennon-McCartney becomes an active songwriting partnership again’.

The Beatles together in 1967, publicising Yellow Submarine (Picture: PA)

In the new interview, the Yesterday singer admitted that the band ‘could have’ continued – and he wanted them to – if it wasn’t for Lennon’s decision, as they were ‘doing some pretty good stuff – Abbey Road, Let It Be, not bad’.

Describing it as ‘the most difficult period of my life’, the Beatles legend spoke of Lennon’s ‘new life’ with Yoko Ono and how they wanted ‘to lie in bed for a week in Amsterdam for peace’.

‘You couldn’t argue with that,’ he added.

Sir Paul also set the record straight on the band’s messy legal and business affairs at the end, which saw him sue the other members to dissolve their contractual relationship in order to keep their music away from the group’s new manager, Allen Klein.

Sir Paul has spoken about the band’s split in 1970 (Picture: Reuters)
Sir Paul revealed the band ‘could’ have continued if it wasn’t for Lennon’s decision (Picture: David Magnus/Rex)

Claiming it was ‘the only way I could fight’, the 79-year-old has said the other Beatles ‘thanked me for it years later’.

9/11: Celebrities who were affected by the September 11 attacks

Nowadays, the singer and guitarist keeps himself busy with, among other things, growing organic hemp on his farm estate in Peamarsh, near Rye.

Speaking on the River Cafe Table 4 podcast, Sir Paul revealed: ‘We’re actually just getting into growing hemp, the funny thing with Government regulations is you’ve got to keep it where people can’t see it, because you get all the kids coming in and robbing it.’