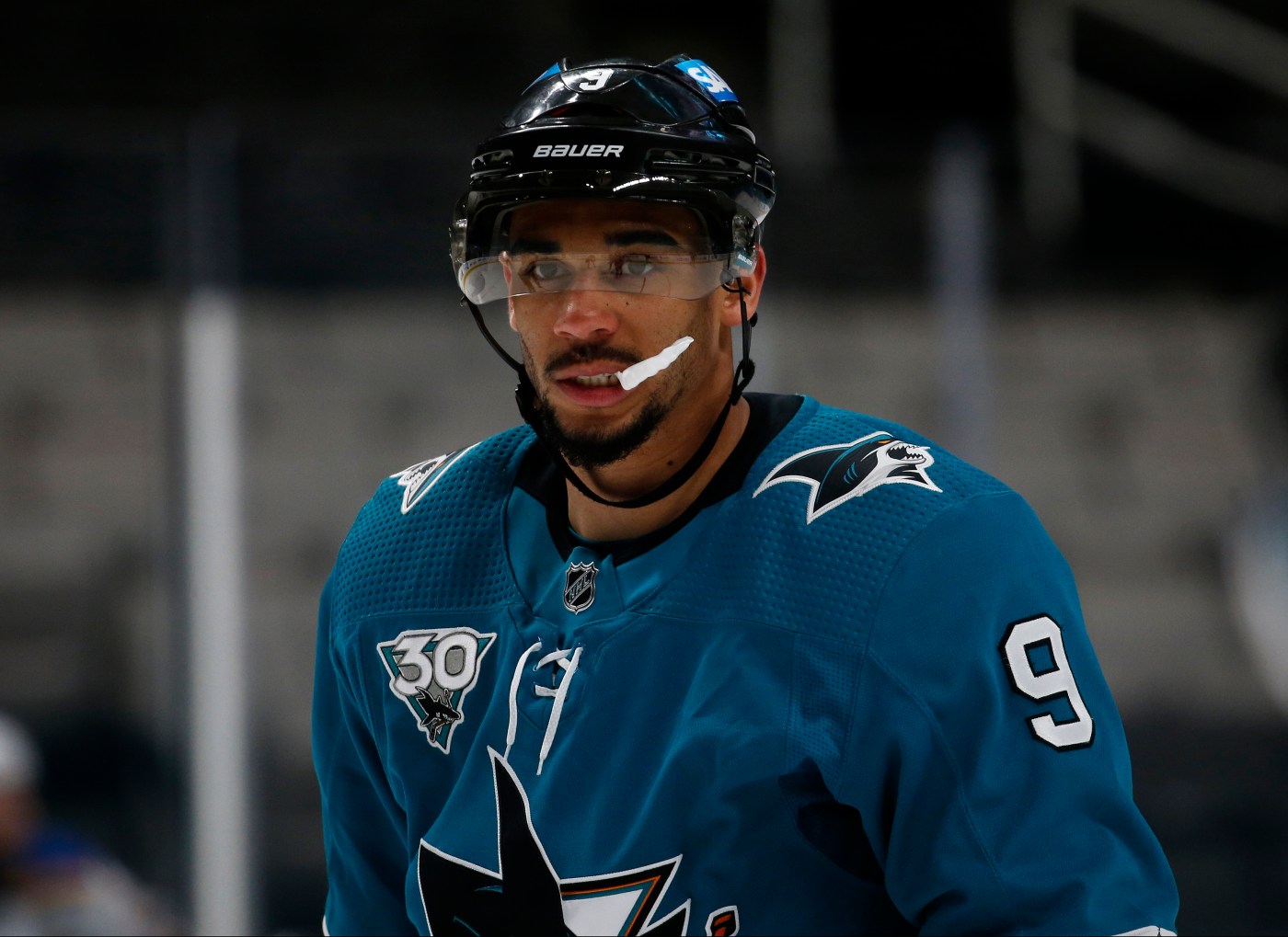 SAN JOSE – The Sharks are considering Evander Kane a non-roster player as they get set to start the regular season later this week.

In revealing their opening day roster Monday, the Sharks said Kane is considered a non-roster player “pending completion of the NHL’s investigation.”

NHL teams had to submit rosters of no more than 23 players by Monday at 2 p.m. (PT). The Sharks right now have an active roster of 22 players.

Kane has stayed away from the Sharks throughout training camp as the NHL proceeded with two investigations into the forward’s past behavior. One centered around the possible use of a fake COVID-19 vaccination card, and the other involved accusations of physical and sexual abuse raised by his estranged wife in a court filing last month.

As of now, there is no precise timeline for the NHL’s investigation to be completed.

Kane, through his lawyer, denied ever abusing Anna Kane or hurting their daughter. Also, no criminal charges have been filed against Kane.

Kane is entering the fourth year of a seven-year, $49 million contract he signed with the Sharks in May 2018. He is still owed $26 million in salary.

Please check back for updates to this story.

Dodgers lose to Braves on another walk-off single, trail NLCS 2-0