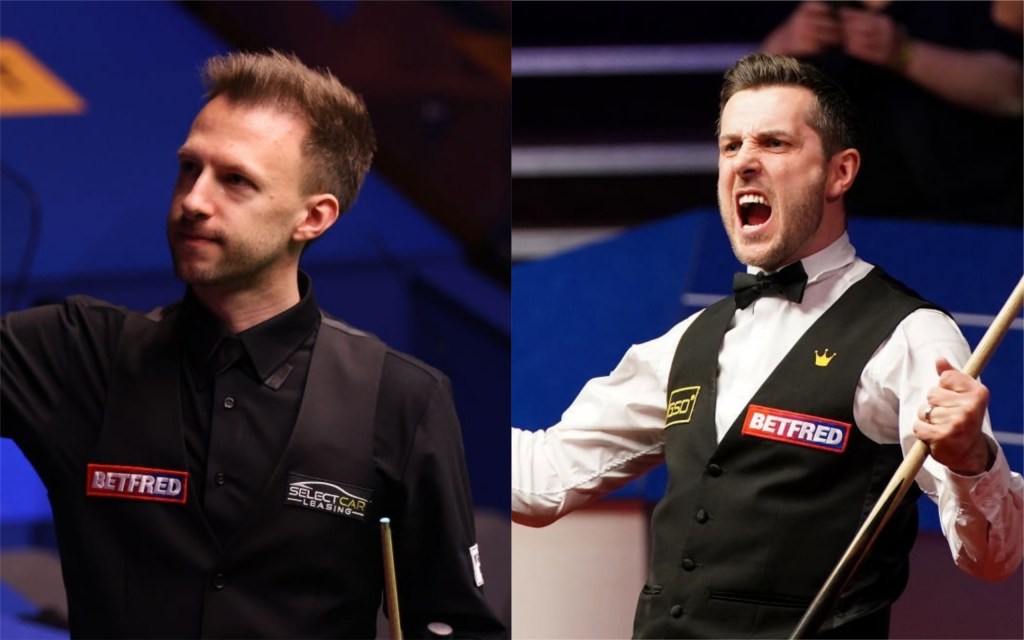 There is a serious scrap at the top of snooker’s world rankings (Pictures: Getty)

Mark Selby agrees with Judd Trump that it is the Ace who deserves to be snooker’s world number one and not the current world champion.

The Bristolian had held the top spot for two years but Selby’s fourth world title win brought his reign to an end, which did seem to irk Trump somewhat.

The Juddernaut has won 11 ranking titles over the last two seasons, six more than Selby, and Trump feels this should see him topping the world rankings.

‘I still think I’m the best and until someone wins more tournaments in a calendar year than me I will count myself as the best. I think that is the way it should work,’ Judd told WST.

Far from being irritated by someone denying his claim to the world number one spot, Selby actually reckons Trump is right and his sustained success over two years should merit a higher ranking than fewer, bigger trophies.

‘Judd’s done fantastic the last two or three years, he’s been the form player and I still feel as though he should be number one now,’ Selby told Eurosport.

‘I’ve always said it should be on consistency and Judd’s been the most consistent player over the last three years, so every credit for him being number one.

Selby picked up the top prize of £500,000 to add to his ranking at the Crucible in May (Picture: Getty Images)

‘The only reason I feel like I’ve got it is because I’ve won the Worlds and it’s so top heavy, so far in front of every other tournament. That’s just the way it is, I can’t control that.

‘Fantastic to be world champion again, hopefully I can try and defend it next year, it’ll be tough but I’ll be out there giving it my all as always.’

Both Trump and Selby came through their first round matches at the Northern Ireland Open on Sunday as they look to pick up their first ranking titles of the season.

Trump has won the last three editions of the tournament, with Selby is looking for this first Belfast crown.

MORE : Ronnie O’Sullivan laughs off any concerns over string of defeats in finals

Stock Market: Suez Canal Update! Floating!
No Dragon Age 4 for PS4 or Xbox One – only PS5 and Xbox Series X