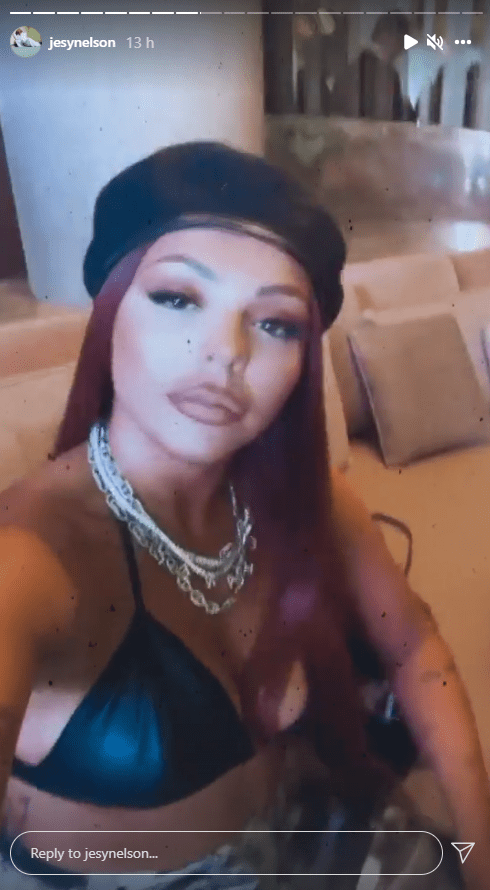 Jesy Nelson couldn’t help but cheer as her debut single, Boyz, played while she enjoyed a night out.

The former Little Mix singer dropped her first single on Friday, featuring Nicki Minaj, with the track heading up the charts.

And the 30-year-old was thrilled when the bop was played in a bar during her wild Sunday evening.

Taking to Instagram, she shared a glimpse of her night out with pals on her story, showing them all dancing and singing along to her bop.

She donned a black bralet and grey camouflage trousers for the night out, coupled with a black jacket.

The X Factor winner finished the look off with a chunky silver necklace and black hat.

Jesy celebrated as her debut single played out in a bar (Picture: Instagram)

Jesy was surrounded by friends as they all proudly belted out the lyrics to her debut as they partied the night away.

Her first single since leaving Little Mix has been met with controversy, amid claims of cultural appropriation and blackfishing – which refers to someone changing their appearance to appear Black or racially ambiguous.

Many pointed out Jesy’s darker skin complexion and the general references to Black culture in her music video, and questioned the clip on social media.

In a candid interview with Vulture, she addressed some of the backlash against her, explaining that she takes all the comments ‘seriously’.

‘I take all those comments made seriously. I would never intentionally do anything to make myself look racially ambiguous, so that’s why I was initially shocked that the term was directed at me.’

Stock Market: Suez Canal Update! Floating!
How to have a chat with your cat and make sense of their responses

Nun, 85, knocked to ground and robbed of holy water by moped muggers