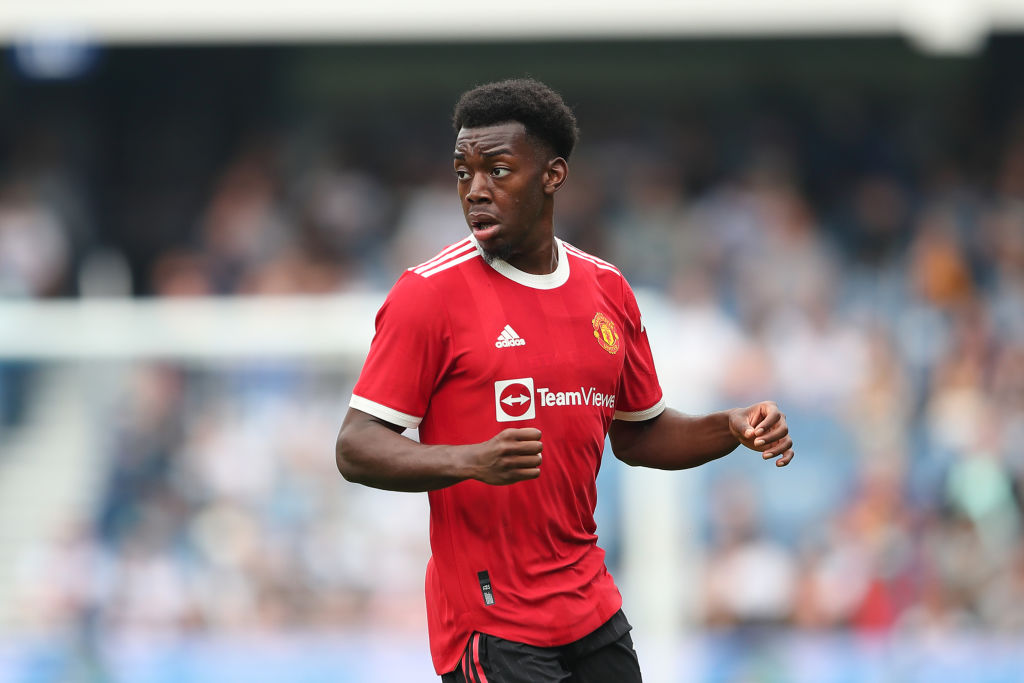 Manchester United wonderkid Anthony Elanga admits he’s unsure over his future at Old Trafford and is ‘ready’ for all scenarios.

The Swede is on the fringes of United’s first team squad and the club have high hopes that he will be a star of the future, despite their recent investment in the likes of Jadon Sancho and Cristiano Ronaldo.

The 19-year-old scored on his full Premier League debut against Wolves last term but his only appearance this term came as a late substitute in a EFL Cup defeat to West Ham.

Elanga has therefore been linked with a loan move out of the Theatre of Dreams in January and the Swede admits he could leave.

‘Everything is possible but right now I am in United so I focus on them,’ said Elanga.

‘But anything is possible and I have to be ready if the club wants to loan me or wants me to stay.’

Elanga joined United from Swedish side Malmo in 2014 and he’s been linked with a return to his country of birth with Allsvenskan a rumoured interested party.

However, the winger is unsure whether there’s any truth in the rumours.

‘I do not know if I can answer that question because it will actually be difficult.’ said Elanga.

‘I love (former clubs) Elfsborg and I love Malmö. So that’s a very difficult question. I still follow Malmö and Elfsborg, but mostly Malmö.’