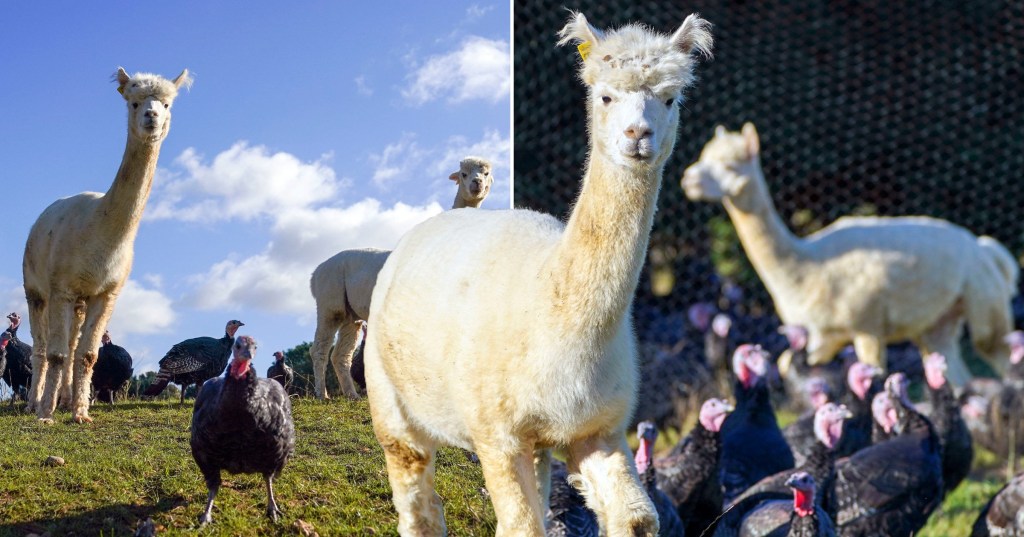 Hungry foxes will have to get past a herd of alpacas if they want to feast on these free-range turkeys.

The owners of Copas Traditional Turkeys farm, in Berkshire, have brought in some muscle to prevent the birds from being poached.

The vigilant alpacas were first introduced in 2016 to protect 24,000 birds from being attacked in the night.

Before they came along 160 turkeys were killed in a single year, but the alpacas have since kept the death toll at zero.

Customers will be hoping the alpacas do a good job this year after a turkey association chief warned there could be a lack of Christmas birds.

She said: ‘This year it’s looking like there is a national shortage of turkeys when we’re talking about supermarket shelves, rather than buying direct from your farm.’

Turkeys are guarded from foxes by alpacas at Copas Traditional Turkeys farm in Cookham, Maidenhead (PA)
This turkey and alpaca may be getting too close (PA)
The silent guardians watch over the turkeys (PA)

Other factors contributing to the situation include a lack of CO2 linked to low global gas supplies, which has left abattoirs without the carbon dioxide they need to stun and humanely kill poultry.

Mrs Martin said ‘unprecedented numbers’ of turkey orders have already been placed this year and people should order there’s sooner than later.

Some farms have reported taking five times more orders than at this point in 2020.