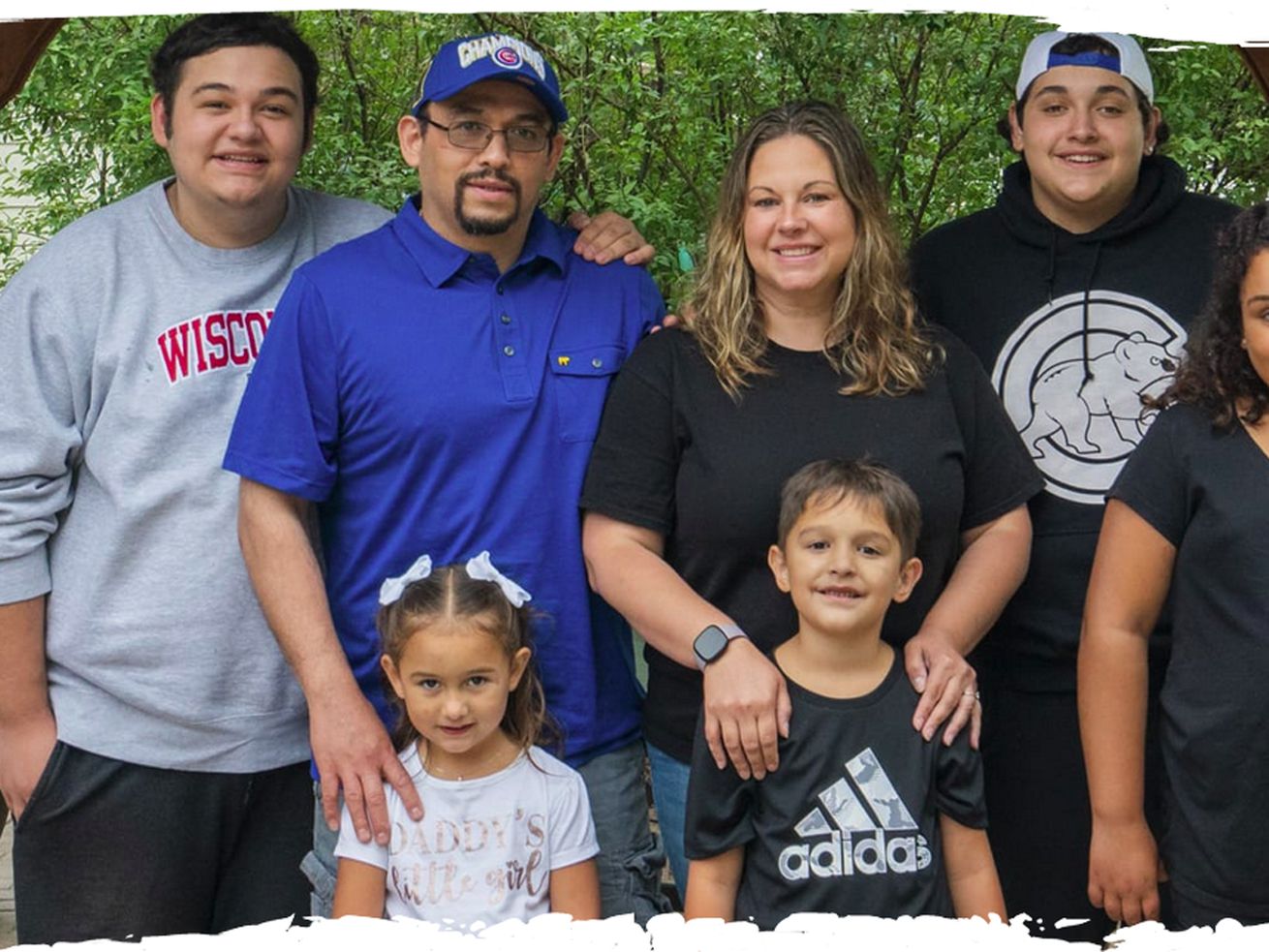 Summer vacation for the Elizarraraz family: It’s a sunny afternoon, and siblings Evelyn, 4, Alex, 6, and Jocelyn, 11, splash each other in their backyard kiddie pool in Crystal Lake. Older brothers Aidan, 16, and Isaiah, 19, beat the heat inside. Their mother, Kristin Glauner, and uncle, Arturo Elizarraraz, relax in the living room.

From the family photos on the refrigerator to the chalk drawings in the driveway, the family scene is exactly what you might expect on a summer day.

Except one person is missing: Dad.

When Elizarraraz’s phone rings, his heart skips a beat. It’s a call from the McHenry County Jail. His brother — Kristin’s fiancé and the father of her five children — is on the line. And he could be deported at any moment.

Cesar Mauricio Elizarraraz, a Mexico-born, longtime Crystal Lake resident, had been in Immigration and Customs Enforcement custody and detained at the McHenry County Jail since December 2019.

In late May, the 40-year-old was denied an emergency stay of removal. The judge didn’t give a reason for the denial, leaving the family wondering whether it was because of a criminal conviction for a fight after Elizarraraz faced racial slurs.

Elizarraraz’s case comes at a time when legislators have made national and statewide changes to immigration enforcement policies in the months since President Donald Trump left office.

President Joe Biden promised to reset immigration policy for the United States the day he took office. In a Feb. 4 email to ICE officials, then-acting ICE director Tae Johnson said people with criminal convictions more than a decade old generally would not be prioritized for deportation.

The city of Chicago passed an updated sanctuary city ordinance in February banning local police and other agencies from working with ICE.

At the state level, a bill that would effectively close all detention centers in Illinois and limit the way law enforcement interacts with ICE is expected to be signed into law by Governor J.B. Pritzker.

Camilla Forte / Borderless Magazine
A photograph of Cesar Mauricio Elizarraraz and his fiancé Kristen Glauner hangs on their refrigerator with art made by their kids in their Crystal Lake home.

Tokyo Olympic Flame: History, origins, and what happens if it goes out

Student sex workers need to be supported – not ignored