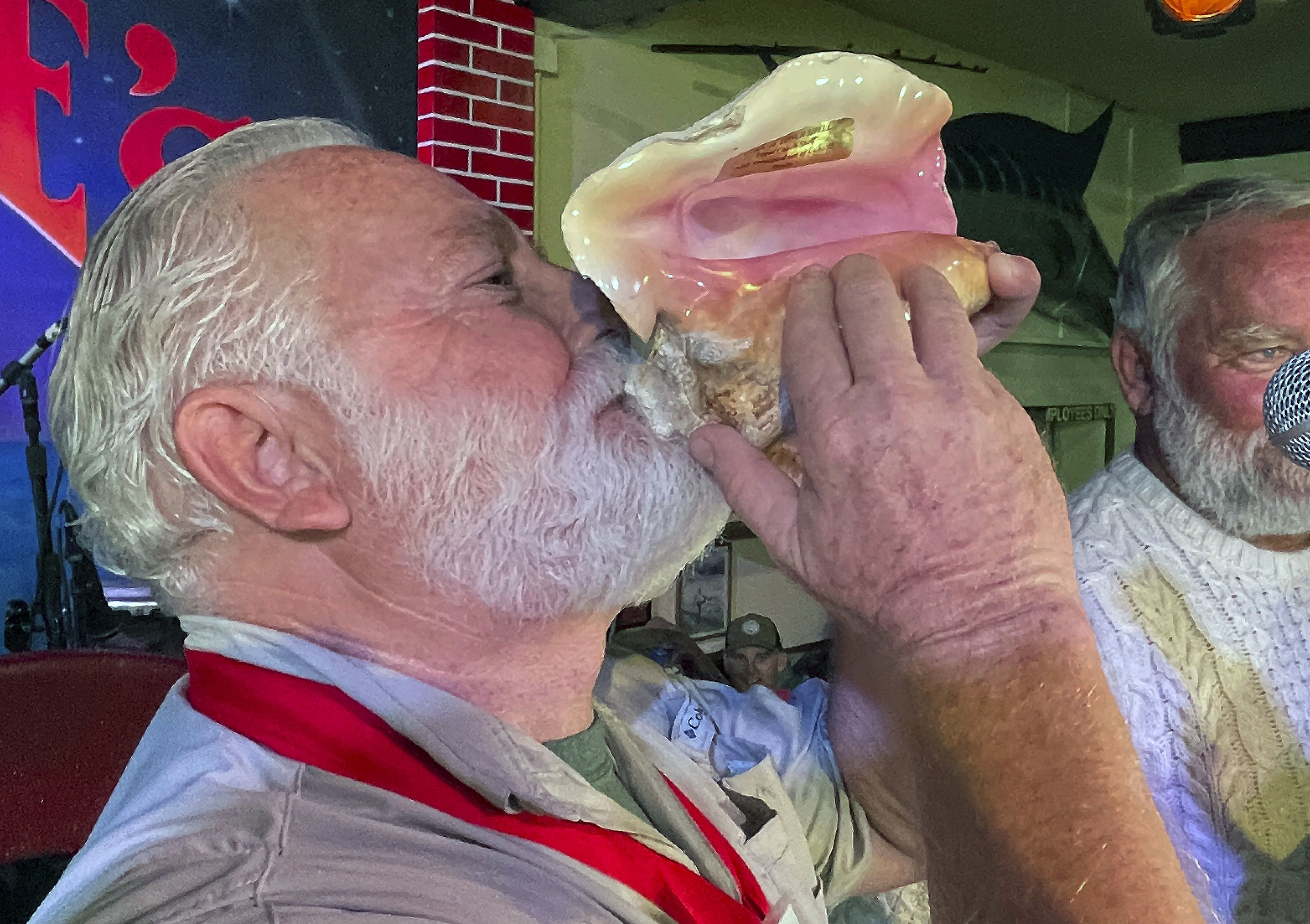 The 40th edition of an Ernest Hemingway look-alike contest opened Thursday night at an iconic Key West bar once frequented by the author, marking the return of a contest canceled last year amid the coronavirus pandemic.

Some 70 stocky, bearded men resembling the late writer competed in the first of two preliminary rounds at Sloppy Joe’s Bar. The contest’s second preliminary round is set for Friday and the 2021 winner is to be chosen Saturday night.

The three-night contest is a cornerstone of the island’s Hemingway Days festival, staged around the literary legend’s July 21 birthday to salute his writing talent, legacy and adventurous life. Hemingway lived and wrote on the subtropical island for most of the 1930s.

Thursday night’s entrants paraded across Sloppy Joe’s stage before a judging panel of former winners including Joe Maxey, a retired Tennessee banker who won the last contest, staged in 2019.

Late Wednesday, a woman from Somerville, Massachusetts, was named the winner of the Lorian Hemingway Short Story Competition. Madison Bakalar’s “So This Is How We Go” bested 784 other American and international entries.

Lorian Hemingway, Ernest Hemingway’s author granddaughter and founder of the literary competition, said Bakalar’s story impressed the judges for its ability to combine universally human emotions about loss with a finessed gallows humor.

Hemingway Days continues through Sunday with events including an offbeat “Running of the Bulls” spoof, a literary walking tour and the Key West Marlin Tournament.

While living in Key West, Hemingway penned classics including “For Whom the Bell Tolls” and “To Have and Have Not.”

Without the crowd’s roar, Tokyo Olympians search for spirit

NBC estimates 17 million in US saw opening of Tokyo Olympics