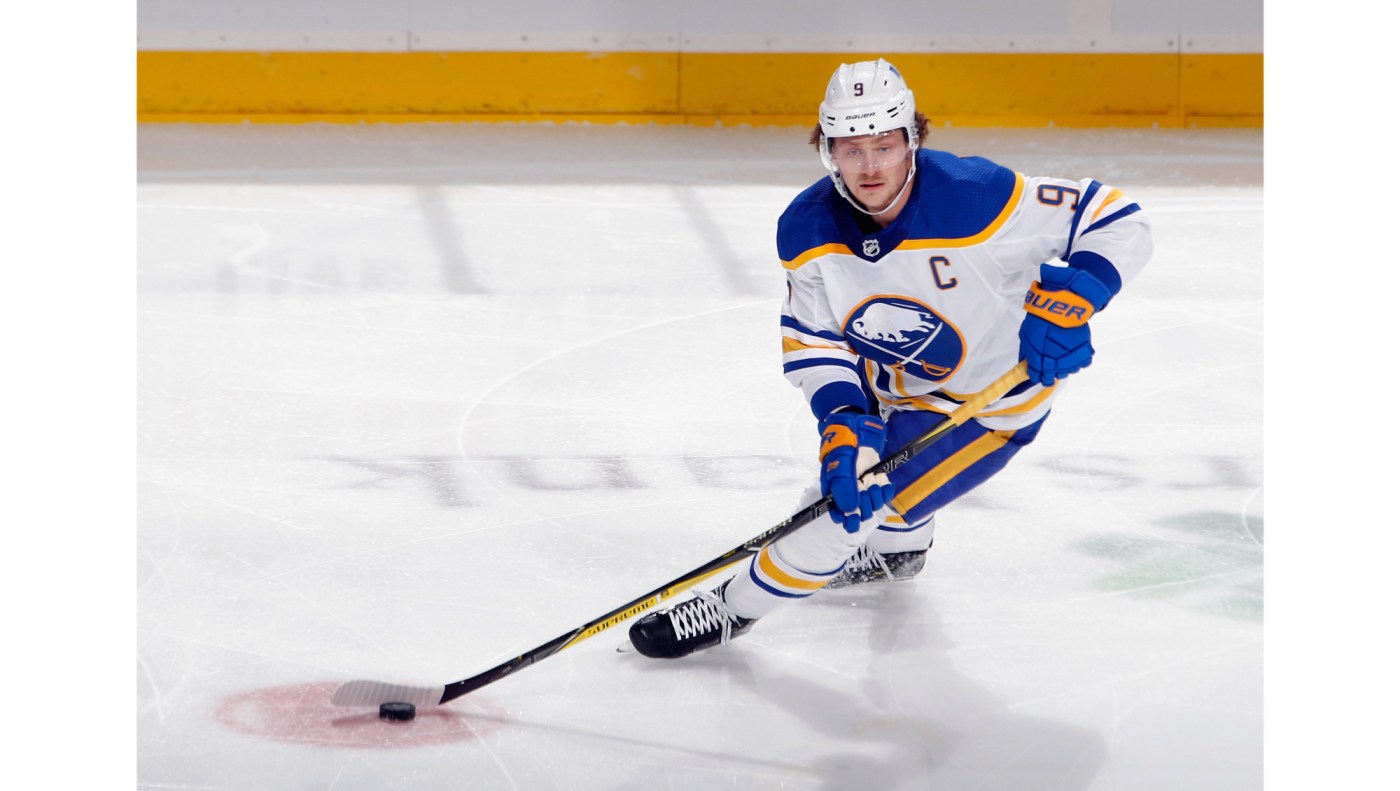 The idea of Jack Eichel coming to the Los Angeles Kings would be the very definition of a cheap thrill, if it were cheap.

He also is dealing with a sprained disposition and a dislocated mood. The Buffalo Sabres have not made the playoffs in 10 years. Now they seem farther away than Pluto is from Jeff Bezos.

Eichel missed the meeting in which hockey players are taught to smother their feelings. After the 2020 season, he announced he was “fed up” and said, “I’d be lying if I said I wasn’t frustrated with the way things are going.”

After the 2021 season he said there was a “disconnect” over the best way to handle the neck problem.

“I have to figure out the best way to be available to play hockey next year, wherever that might be,” Eichel said.

Chris Drury, one of his hockey mentors, is now the general manager of the New York Rangers, who have a nice load of prospects to ship to Buffalo. But so do the Kings, and the Sabres are solidly opposed to trading Eichel within the Eastern Conference.

By the end of 2021, Anze Kopitar will be 34, Drew Doughty 32 and Dustin Brown 37. Eichel turns 25 in October. He could bridge the Kings’ generation gap, bring back customers, and become a rallying point for the kids on the verge. It also would cheer up Doughty, who has made it clear that he’s tired of waiting for tomorrow.

The Kings haven’t won a playoff series since the 2014 Stanley Cup Final. It’s not a bad time for a headline move. The Pacific Division is not Murderers’ Row. There’s a chance the new Seattle Kraken will be the third most credible team, behind Vegas and Edmonton. Eichel could reshuffle that equation.

So what’s the drawback?

Well, Eichel wants surgery for the herniated disk in his neck. It would require an artificial disk and an operation that no NHL player ever has had. The Sabres opposed it.

He makes $10 million per year through 2024-25. The Kings can fit him in, but the bigger question is Buffalo’s asking price. The Sabres might also trade Sam Reinhart, their leading scorer, but Eichel is the most powerful face card in the hand of GM Kevyn Adams.

At one point Buffalo was demanding a six-pack of assets for Eichel. That would include three first-round picks and three bodies.

It is hard to imagine Buffalo wouldn’t ask for Quenton Byfield, who, like Eichel, was a No. 2 overall pick and is a 6-foot-4 center with a capacity for dominance.

If Eichel were healthy and if everyone was sure that his unhappiness came solely from his thirst for winning, it would be tempting to deal Byfield. If the Kings are still determined to conduct their comeback within the 55 mph speed limit, it probably isn’t. Byfield turns 19 next month and is worth the wait.

Alexander: Dodgers’ Kenley Jansen has a rough night and hears about it