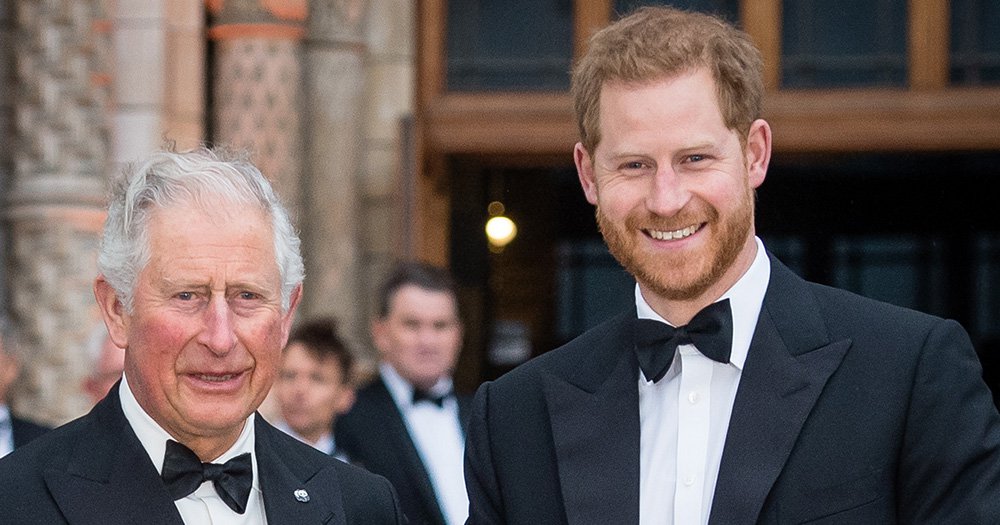 Ranvir Singh has empathised with Prince Charles for the lack of contact he appears to have with Prince Harry’s children amid the momentous Royal rift.

The distance between Harry and his family means his father Charles likely hasn’t seen Archie for some time, or even met Lilibet who is just six weeks old.

Tensions are expected to heighten with the release of Harry’s tell-all memoir next year, expected to spill the details about his childhood, life in the military and possibly other Royal secrets.

Discussing the rift on ITV’s Lorraine, Royal editor Russell Meyers said of Charles and wife Camilla’s trip earlier this week: ‘They were in Devon and Cornwall over the last three days and that was to really give a boost to the local tourism industry, talking to children about climate change.

‘These pictures here, it was like Prince Charles didn’t have the cameras there, making the kids feel at ease and a wonderful occasion.’

Russell added: ‘He was surprised at Harry’s decision to bring these memoirs forward but they’re getting on with the job at hand.’

Looking at the photos of Charles smiling and greeting the youngsters, Ranvir said with a touch of sympathy: ‘Yes, and when you see him with these other children you just think, gosh, he must be missing Harry’s children. He must be missing that contact with his grandchildren right?’

The Royal expert had earlier shared his expectations for Harry’s autobiography, which was announced this week, and said: ‘Harry’s made no bones about trashing his family in certain quarters. The Oprah Winfrey interview, he did another documentary, he’s done a podcast.

Charles and Harry’s is believed to have become increasingly strained over the past year following the Duke of Sussex’s decision to quit life as a senior working member of the Royal family.

In his explosive interview with Oprah Winfrey in March, Harry claimed Charles had cut him off from receiving money to fund his life and security detail, pushing him to land lucrative deals with the likes of Spotify.

Lorraine airs weekdays at 9am on ITV.

If you’ve got a celebrity story, video …read more