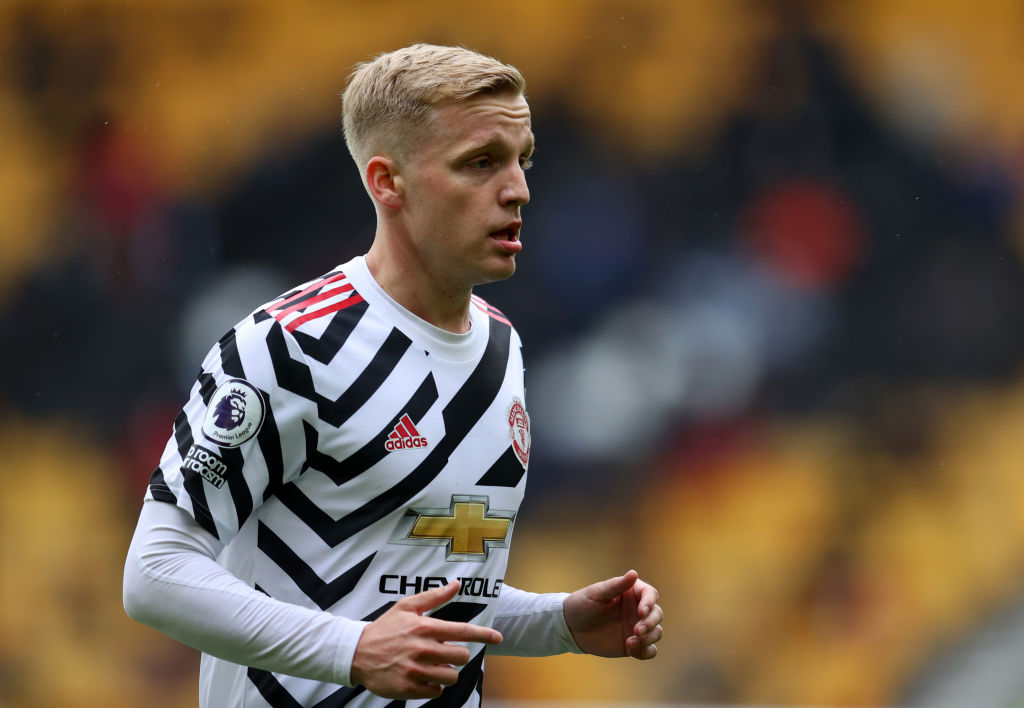 Barcelona have been offered the chance to sign Manchester United outcast Donny van de Beek but the Dutchman is intent on fighting for his future at Old Trafford.

The midfielder joined the Red Devils in a £34million deal from Ajax in 2020, with United capitalising on the lack of competition for Van de Beek’s signature due to the financial effects of the pandemic.

However, Van de Beek endured a difficult opening campaign in the north-west as he scored just once in all competitions and managed just four Premier League starts.

That’s led to speculation that the Dutchman could leave after just 12 months at the club, with Real Madrid said to be interested in signing the midfielder on loan before purchasing him in 2022.

However, Spanish publication Sport claim rivals Barcelona have also been offered the chance to sign the former Ajax playmaker.

Though it’s unclear whether the proposal came via United or Van de Beek’s representatives, Barcelona considered the move and contemplated offering defender Samuel Umtiti in return in order to bring down the price.

But Van de Beek has made it clear to United that he intends to fight for his spot at the club and he returned to training today after missing the European Championships through injury.

The fact Van de Beek did not participate in the Euros could help him start the season in Ole Gunnar Solskjaer’s starting XI, given the likes of Bruno Fernandes and Paul Pogba are still on holiday.

United are set to announce the capture of Jadon Sancho this week for a fee of around £73m.

The England winger completed a medical at the club last week and the finer details of the playmaker’s contract need sorted before the move can become official.

Jesse Lingard also looks set to stay at the club following his successful loan spell with West Ham, which will only further increase the competition for places for Van de Beek.