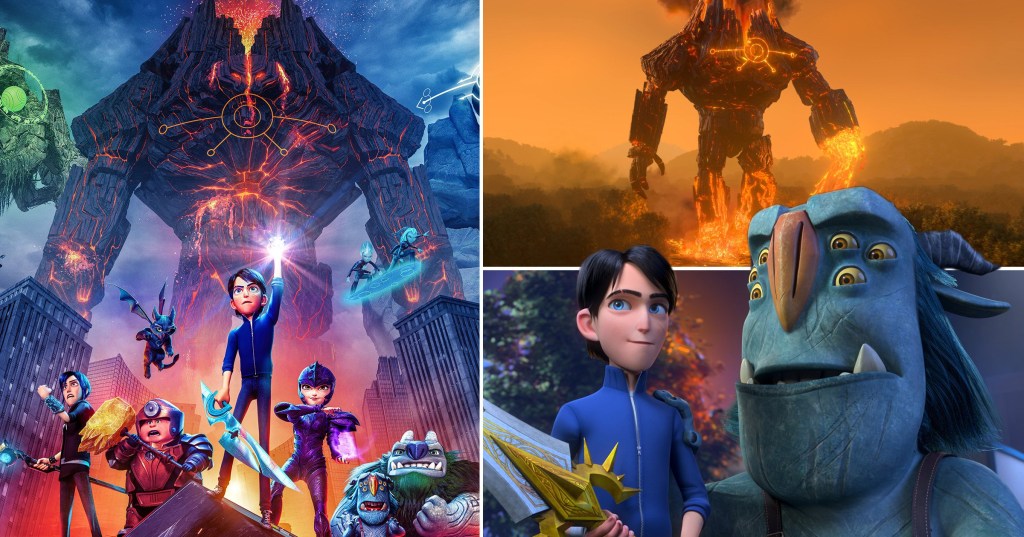 Trollhunters: Rise of the Titans, the highly-anticipated conclusion to the Trollhunters series, is finally here.

Tales of Arcadia fans have been eagerly awaiting the release of the epic crossover event created for Netflix by Pan’s Labyrinth and Shape of Water director Guillermo del Toro.

Del Toro has assembled an incredible star-studded cast to bring the mythical tale to life – including familiar voice actors from Trollhunters, 3 Below, and Wizards.

But what is the movie about, when can you watch it, and is there a trailer?

Here is all you need to know.

What is Trollhunters: Rise of the Titans about?

Trollhunters follows the story of Jim Lake Jr, a teenage boy who finds a mysterious amulet and stumbles across a secret realm inhabited by trolls and other magical creatures.

The Trollhunters must team up to fight the Arcane Order (Picture: Netflix/Dreamworks)

Soon afterward, he and his friends are challenged with protecting our world from the dangerous monsters that lurk in the shadows of their small suburban town.

In Rise of the Titans, which takes place approximately a year after the events of Wizards, the heroes from the Trollhunters series team up on an epic adventure to fight the Arcane Order for control over the magic that binds them all.

When announcing the PG Netflix movie last summer, del Toro said: ‘Team Trollhunters committed, about a decade ago, to try and push the boundaries of 3D CGI animation made for TV.

‘We outlined a vast trilogy of interconnecting mythology and characters that we always hoped could culminate with a massive ‘all-stars’ reunion.

‘DreamWorks Animation and Netflix both shared the very ambitious notion of doing the three series, interwoven and then finishing off with a bigger, epic-sized feature film to top it all off.’

Good news for all you Trollhunters fans out there – Rise of the Titans is available to watch on Netflix now.

The movie dropped on the streaming platform on July 21, 2021.

Who is in the cast of Trollhunters: Rise of the Titans?

Trollhunters: Rise of the Titans boasts an all-star cast, including characters from Trollhunters, 3 Below, and Wizards.

Emile took over voicing the character from Anton Yelchin, who died in a car accident in 2016.

Joining Emile are the following:

Is there a trailer for Trollhunters: Rise of the Titans?

Yes, you can watch the trailer below.

Stock Market: Suez Canal Update! Floating!
The Walking Dead film with Andrew Lincoln’s Rick Grimes will be ‘worth the wait’