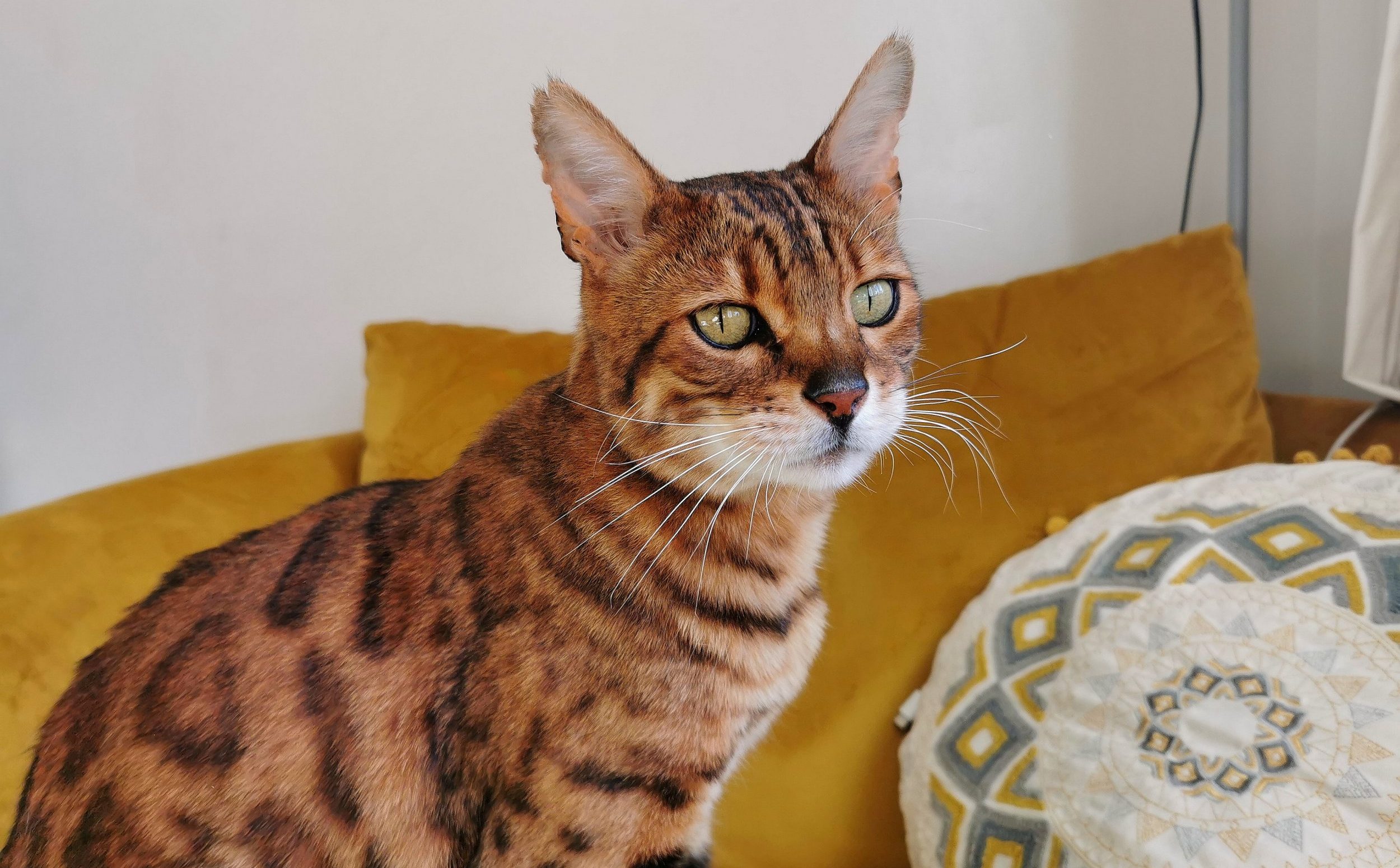 A pet cat who vanished for nearly two weeks was found locked away in a neighbour’s bathroom.

Batty the cat’s disappearance sparked a huge search effort, with missing posters printed all around town and a £1,000 reward for information.

But it appears the cat had simply run for cover during a rainstorm and got locked in a house that was being renovated.

He managed to go 12 days without food or water as the toilet seat was shut.

It’s believed he survived on condensation to stay hydrated, and eventually turned up when a neighbour in Dalkeith, Midlothian, returned from their holiday.

The ‘distressed’ cat had trashed her bathroom but builders inside the home did not hear anything.

Owners Colin and Sharon McNeil and their two young children had to endure five false sightings and hoax callers during the agonising wait for news.

When Batty finally reappeared on July 14, he went straight to a human bed to chill out.

Owner Colin McNeil was reunited with his beloved cat after 12 days (Picture: SWNS)
Colin said he was glad something came home this summer (Picture: SWNS)

Tour guide Colin said: ‘He’s an outdoor cat, so it’s not unusual for him to disappear for a few hours at a time.

‘But he went out on July 2 and we never saw him again until two weeks later. We’ll never know exactly what happened, but we can put things together.

‘A woman from up the road is getting renovations done at her house.

‘The day he went missing there was a torrential rainstorm, so I assume he ran into that house to get away from it.

‘The woman left her house and returned two weeks later to find Batty in her bathroom.

‘I remember there were vans parked at the house and the front door was open quite a lot, so it makes sense.

Batty went straight to a comfy bed after being reunited (Picture: SWNS)

‘The toilet seat was apparently down so he didn’t have water access.

‘But he was found at the back of the toilet – perhaps he discovered a bit of condensation at the bottom of the toilet. He’s a tough animal.’

During the heartwrenching separation, the family endured people pretending they had found Batty.

Colin said: ‘We put up a reward for £1,000 then we got all the scam callers, claiming to be vets that had Batty and want to be paid.

‘These people must be miserable.’

Despite his misadventure, Batty will still be allowed out to roam the neighbourhood.

Colin added: ‘I think it would be cruel to keep him in after what’s happened.

‘At least something came home this summer.’

Get in touch with our news team by …read more

Andie MacDowell says managers tried to stop her from going gray but she did it anyway: ‘I’ve never felt more powerful’