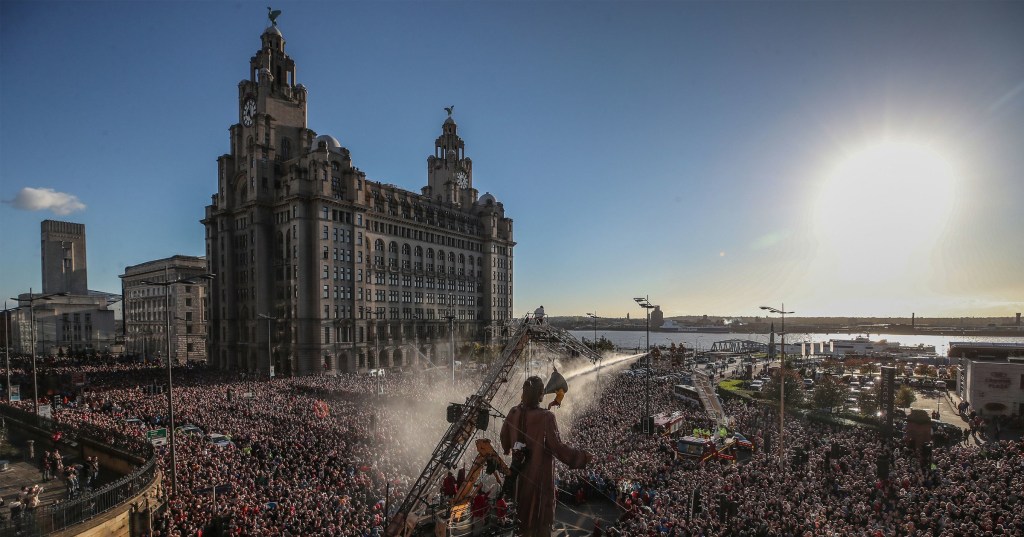 Liverpool’s waterfront has been stripped of its World Heritage status due to concerns about overdevelopment.

The UN’s cultural agency UNESCO voted on Wednesday to remove the area from its list of world heritage sites, citing concerns about plans for a new football stadium.

Premier League club Everton are set to build a new ground on the site, with construction beginning on July 26, and the committee fear this could have a ‘major adverse impact.’

At talks chaired by China, 13 delegates voted in favour of the proposal and five against – just one more than the two-thirds majority required to delete a site from the global list.

The city was named a World Heritage Site in 2004, joining places including the Taj Mahal, Egypt’s Pyramids and Canterbury Cathedral.

It is the third site to lose its World Heritage status since the Unesco list began in 1978.

Mayor Joanne Anderson, who is currently recovering after testing positive for Covid, has described the decision as ‘incomprehensible’.

She released a statement expressing her disappointment and concern at the decision and claimed no one from UNESCO had visited the city for a decade to ‘see it with their own eyes.’

“Our World Heritage site has never been in better condition having benefitted from hundreds of millions of pounds of investment across dozens of listed buildings and the public realm,’ she added.

‘We will be working with Government to examine whether we can appeal but, whatever happens, Liverpool will always be a World Heritage city. We have a stunning waterfront and incredible built heritage that is the envy of other cities.

‘Our commitment to maintaining and improving our buildings remains as strong as ever and will continue to be a key part of our drive to attract visitors, along with leisure, retail and events.

‘I find it incomprehensible that UNESCO would rather Bramley Moore Dock remain a derelict wasteland, rather than making a positive contribution to the city’s future and that of its residents.

‘I’ll now be seeking to draw together all the UK heritage bodies in a round table to plan a positive future with further investment.’

At least 100 U.S. Olympians have not been vaccinated

For Jimbo Covert, long Hall of Fame wait ‘makes it that much sweeter’