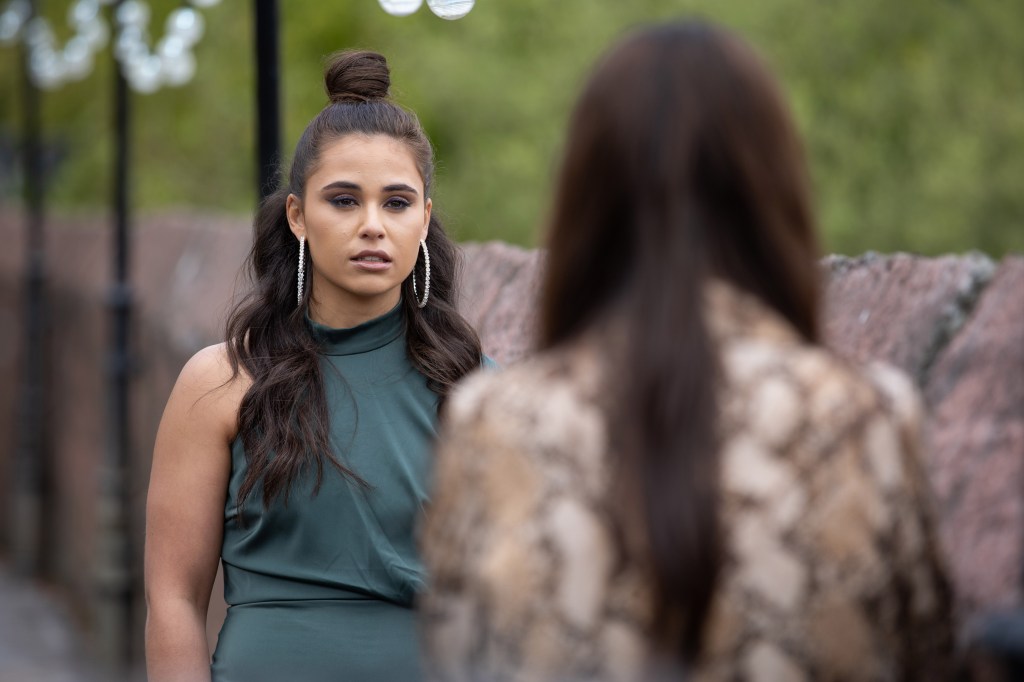 Mercedes confronts Cher after she at last discovers the truth (Picture: Lime Pictures)

Hell hath no fury like Mercedes McQueen (Jennifer Metcalfe); a lesson that many a Hollyoaks resident have learned over the years, and one that Cher (Bethannie Hare) will likely learn the hard way in upcoming scenes!

Mercedes returns from her stay at the psychiatric unit next week, much to the delight of her nearest and dearest.

Cher, having enjoyed the alone time with her dad Sylver (David Tag), is less than pleased by her comeback, and therefore she wastes little time in scheming once again.

Mercy, meanwhile, makes a shocking discovery, and in the wake of said discovery, she comes to realise that, in spite of her admission, she did not kidnap Diane Hutchinson’s (Alex Fletcher) newborn baby!

Concluding that she was set up, the landlady resolves to find the culprit.

Peri Lomax (Ruby O’Donnell), jumping to the wrong conclusions, assumes that Mercedes has worked out Cher was involved, and therefore she puts her foot in it, revealing everything!

Mercedes is horrified. The truth at last is out.

Armed with this information, Mercedes is on a mission to make Cher pay, as she sets out to confront her.

A showdown ensues, but what will Cher have to say for herself?

Will she admit to her crimes?

And what’s more, will Mercedes tell Sylver the truth about what his daughter has been up to?

Do you ever actually need to ‘test’ your relationship?