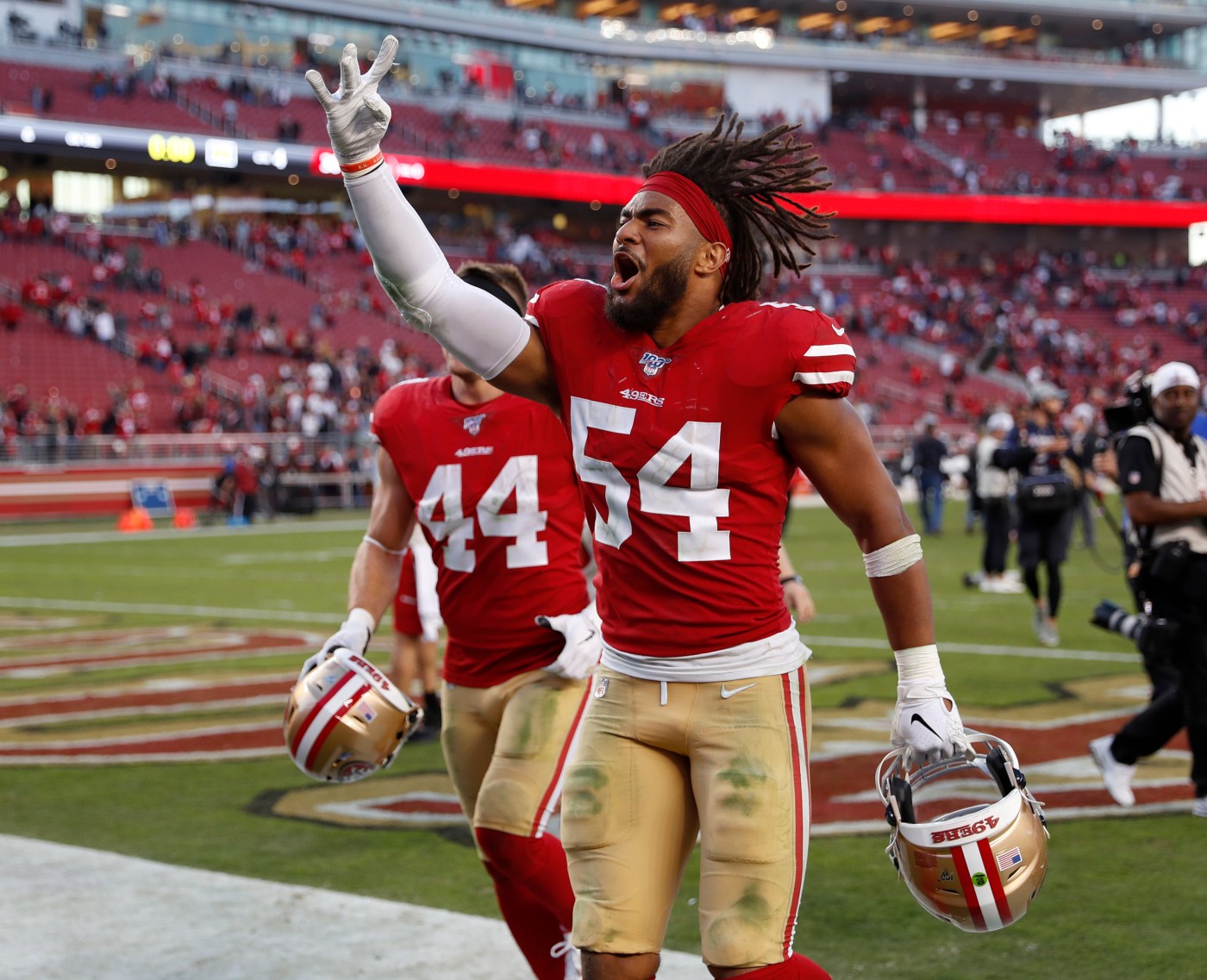 Fred Warner absolutely should pan out as the 49ers’ latest, highly paid linebacker. Which would be a welcome change.

Malcolm Smith, Reuben Foster and Kwon Alexander sure didn’t, not after this current regime anted up for them in 2017, ‘18 and ‘19, respectively.

Warner’s first three seasons earned him not only a raise but a market-setting salary among linebackers. He’s agreed to a five-year, $95 million contract extension with $40.5 million guaranteed, ESPN’s Adam Schefter first reported.

Warner and all 49ers are slated to report for training camp July 27.

He’s the prototype of a modern-day linebacker, as opposed to the old-school version known for punishing hits when looser rules allowed them.

Warner arrived in 2018 as a third-round draft pick — as well as shrewd insurance for Foster, who proved unreliable on and off the field.

“All-Pro Fred” became a grassroots nickname bestowed upon him by teammates until it became a realized honor last season, when injuries crippled defenders (and offensive stars) all around Warner.

So where does he go from here? He’s now being paid like a Pro Bowler, and the BYU product is an exemplary pro, on and off the field.

“Overall, I want to separate myself, being more of a game-changer, being able to attack the football, work on my tackling in the box, getting my feet in the ground and working on my burst in and out of breaks,” Warner answered last month about where he must improve. “Little details are what really matter now.”

Critical this season is his connection to DeMeco Ryans, who ascends to the defensive coordinator role after three years as the linebackers’ coach.

Ryans, the 2006 NFL Defensive Rookie of the Year as a Houston Texans linebacker, played four seasons before landing a healthy contract extension (6 years, $48 million). He tore his left Achilles the ensuing 2010 season, and, after he tore his right Achilles in 2014 as a Philadelphia Eagles leader, his 10-year career was soon done.

“Me and Meek, we’ve gone through a lot together in a short time,” Warner said last month.

Warner’s durability is ideal — and so rare among recent 49ers teams — so far.

He’s started every game since debuting in the 2018 opener in Minnesota with Brock Coyle as the other starting linebacker.

Kittle was last summer’s homegrown recipient of a massive contract extension. He and Warner are their draft gems. More could be coming.

One might be Dre Greenlaw, Warner’s sidekick and the 49ers’ best linebacker tandem since Willis-Bowman. “Big Play Dre” is ascending, too. And Warner is a big part of that.

We have huge aspirations and goals for this season. I’m really excited about this season we’re going to have.Related …read more

10 Things in Politics: How Trump became king of GOP

Made Men: A photo tour of the most notorious sites of New York Mafia history – and what they look like now