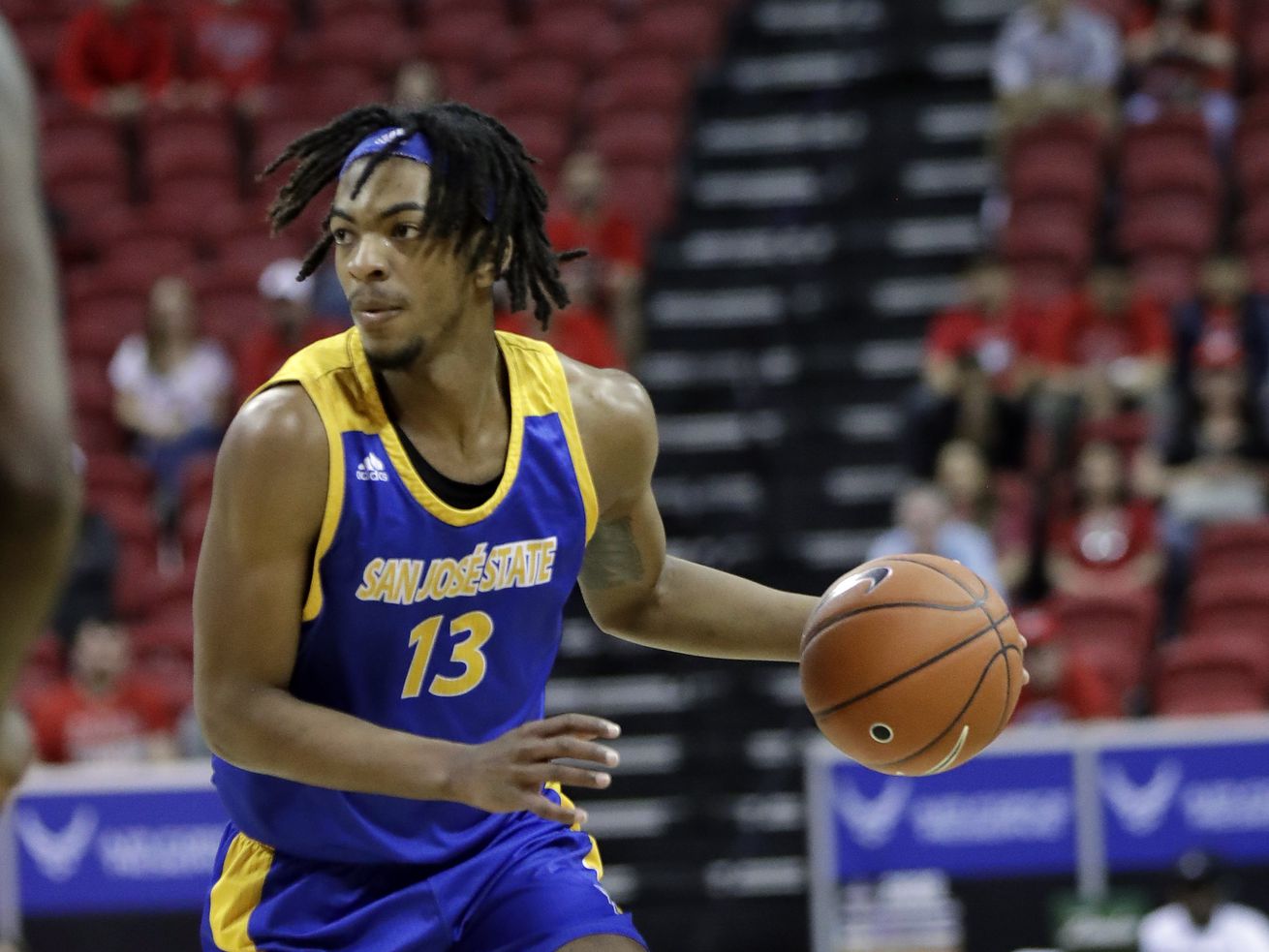 After a memorable recruiting visit last weekend, Knight announced Monday morning that he will be joining BYU’s program this upcoming season

The first time the BYU basketball coaching staff recruited Seneca Knight — last January — he was looking to transfer from San Jose State amid the pandemic and move closer to his home in Lafayette, Louisiana.

Knight enrolled at Louisiana State, where he spent last season but did not play.

In June, the 6-foot-7, 215-pound junior decided to transfer again. And the Cougar coaches reached out to him again.

After a memorable recruiting visit last weekend, Knight announced Monday morning that he will be joining BYU’s program this upcoming season.

In Provo, he enjoyed getting acquainted with future teammates like Alex Barcello, Te’Jon Lucas and Caleb Lohner.

“And the fans. I can’t lie,” he said. “The fans played a role in it, too. I definitely have been receiving support from BYU fans (on social media) even before I announced I was going there. They make me super excited to be able to play in front of them.”

With that, coach Mark Pope appears to have finalized his roster for the 2021-22 season as Knight received the program’s final scholarship.

Knight provides the Cougars with a missing piece on their roster — an athletic, dynamic and versatile wing player that can score and rebound from either the two or three spot.

His strengths include an ability to come off of ball screens and a knack for drawing fouls and getting to the free throw line.

“I feel like I bring experience and a competitive nature as well. I’m able to score and create for myself and also for others,” Knight said. “Whatever coach Pope says he needs me to do, going out there and executing it. He’s a great coach and I’m joining a great team. I just want to do my part to help make this team even better.”

Because he’s transferred twice, Knight will be applying for an NCAA waiver in order to play this season. But he’s confident that the waiver will be granted.

Coming out of high school in Louisiana, Knight had just one scholarship offer — from San Jose State.

So he traveled far from home to begin his college career. As a sophomore in 2019-20, Knight averaged 17.1 points, 5.7 rebounds and 2.4 assists. He shot 48% from the field and earned third team All-Mountain West conference honors.

Knight averaged 20.1 points per game in Mountain West games, third-best in the league. He poured in a career-high 37 points at Colorado State, tied …read more

High school football: 1A South should feature plenty of parity with Beaver finally out of the mix

What Utes are most likely to receive Pac-12 preseason honors next week?