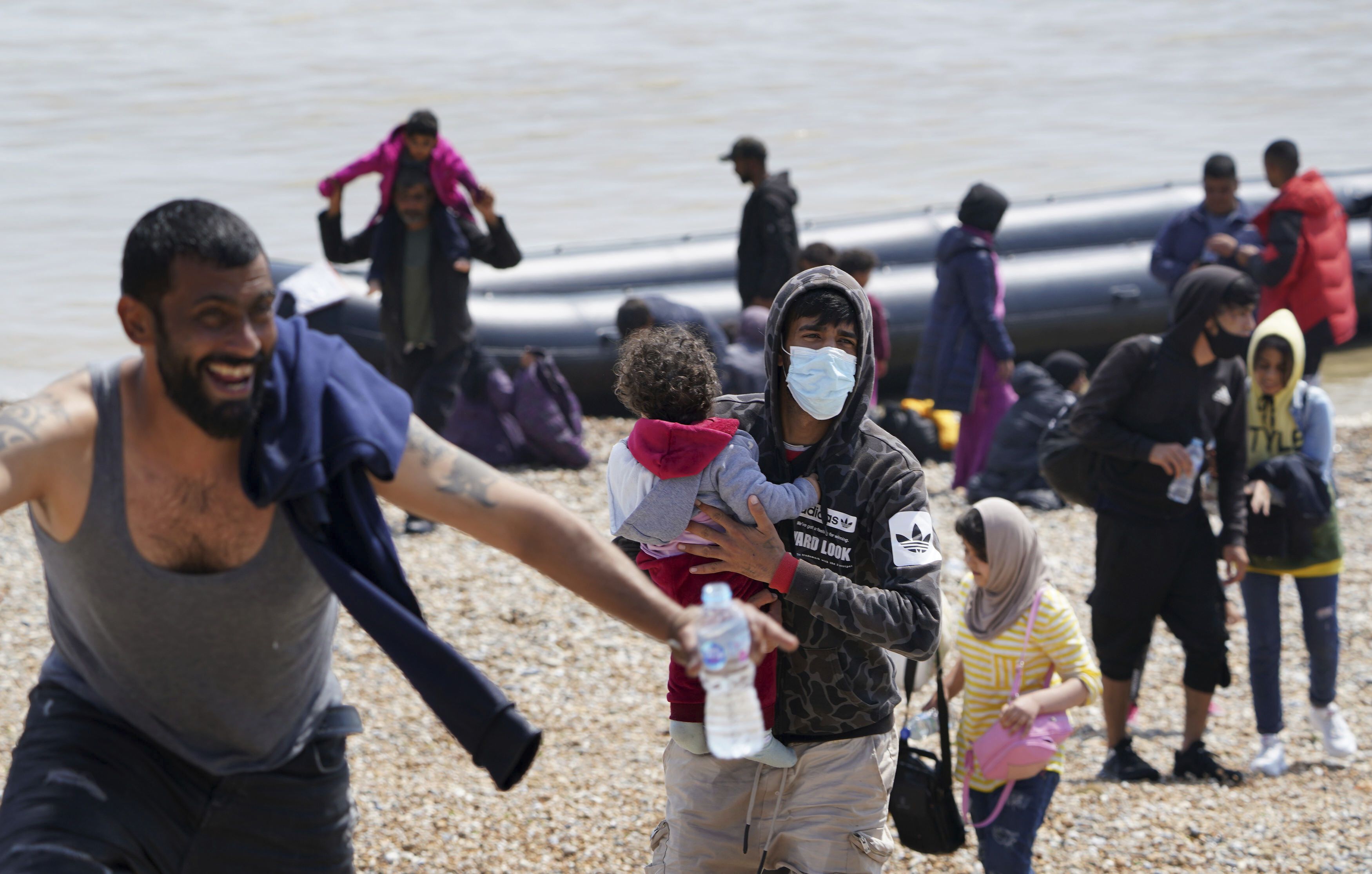 Figures compiled by Britain’s Press Association show that at least 430 migrants made the perilous journey across the English Channel to the U.K. on Monday, a new record for a single day.

PA reported Tuesday that the figure surpasses the previous high of 416 set in September 2020 and comes despite a vow from Britain’s Home Secretary to make the Channel crossings, mainly from France, “unviable.”

In Dungeness in the southeast county of Kent, around 50 people crossed aboard in a single dinghy on a day of calm weather. The large dinghy is believed to have left northern France or Belgium earlier on Monday before making the journey across the world’s busiest shipping lane, which is some 20 miles (32 kilometers) wide at its narrowest point.

The vessel had been watched by the Royal National Lifeboat Institution as it got closer to the coast before eventually landing on the beach at around 1 p.m.

Parliament on Monday began debating plans for sweeping reforms of the asylum system, with former Prime Minister Theresa May warning against the prospect of the U.K. sending asylum seekers to offshore processing centers.

Bella Sankey, director of charity Detention Action, dubbed the Nationality and Borders Bill as an “anti-refugee bill” and a piece of “political theatre that doesn’t even pretend to deal with the issue or make our system, safe, fair or efficient.”

“We need a mechanism allowing refugees arriving at the UK border in France to be given safe passage, and until we have it, all else is noise and distraction,” Sankey added.