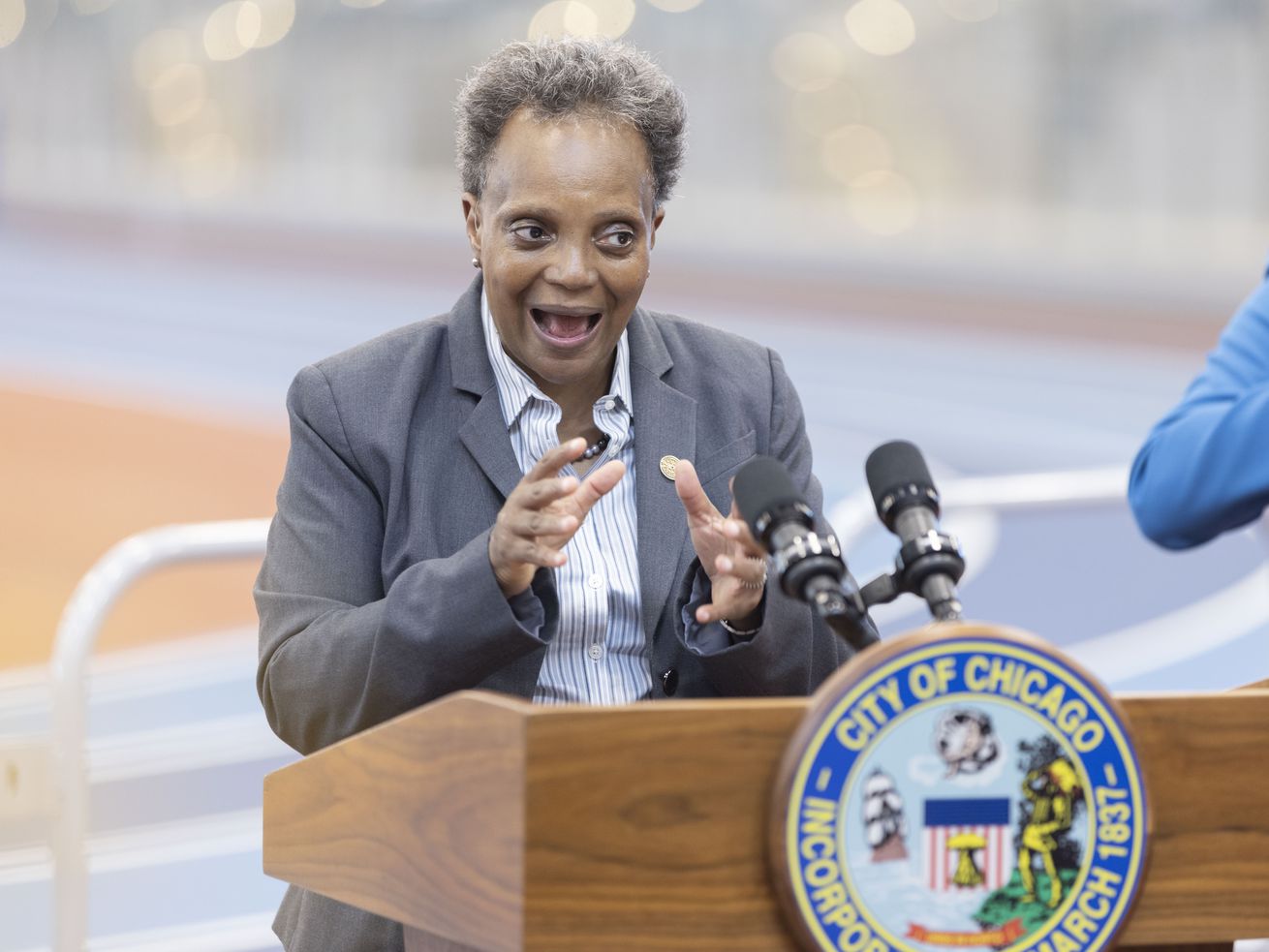 Infection rates have been creeping back upward across Illinois since hitting pandemic lows in mid-June, around the time the whole state reopened.

Mayor Lori Lightfoot on Tuesday issued an urgent plea to Chicagoans to get their COVID-19 vaccinations as cases of the deadly respiratory disease start ticking up yet again.

About two-thirds of city residents have already rolled up a sleeve, but the more contagious Delta variant of the coronavirus is gaining momentum in several South and West side neighborhoods where vaccination rates hover around 35%.

Delta cases are now estimated to account for almost half the city’s new cases — which have jumped 69% in a week — and if the variant is allowed to fester, more restrictions eventually could be in store, Lightfoot warned.

“If we allow the virus to continue to linger here in Chicago, we will likely see further mutations, some of which our current vaccines may not be able to protect against, and have to reinforce some of the restrictions that have come to infamously define much of 2020 and part of 2021,” the mayor said at a City Hall news conference.

“In this scenario, the worst case is entirely preventable, and that’s because we have three different vaccines readily available to all of our residents.”

“If you’re unvaccinated or you’re not fully vaccinated, step up. Don’t delay. Get it, make an appointment. Go and get a vaccine today,” she said.

As cases rise across the country, the city added three more states to its travel quarantine advisory for unvaccinated travelers, a list that now includes Missouri, Arkansas, Louisiana, Florida, Nevada and the Virgin Islands.

Infection rates have been creeping back upward across Illinois since hitting pandemic lows in mid-June, around the time the whole state reopened.

The average statewide case positivity rate is now up to 2.6%, meaning 2.6% of people tested over the past week were diagnosed with COVID-19. That ratio is still much better than it was during the peak of the crisis last fall, but it has increased 44% overall since last week — and it’s more than quadrupled since June 25.

The state was logging an average of about 250 new cases each day back then. Now, more than 800 people are testing positive each day. Sunday marked the first time since in nearly eight weeks that Illinois recorded more than 1,000 new cases.

The sharpest increases have been seen in downstate counties with lower vaccination rates, especially near St. Louis, where the positivity rate is up to 7.6%.

But the numbers — while still relatively low — have jumped in Chicago and suburban Cook County, too. The city …read more

Stock Market: Suez Canal Update! Floating!
Who is the most successful British Olympian?