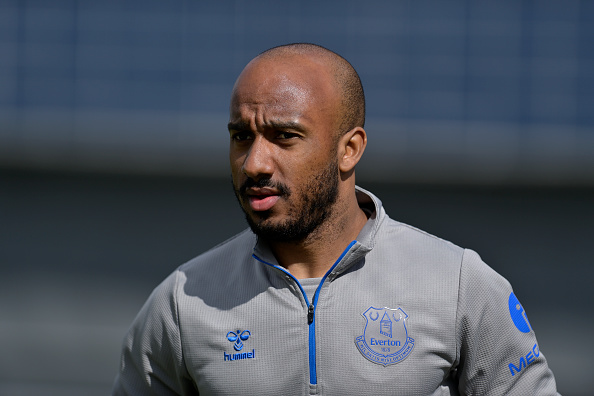 Fabian Delph will not make Everton’s trip to the United States (Picture: Getty)

Everton have announced that Fabian Delph will not make the trip for their pre-season tour of United States after the midfielder came into contact with an individual who has since tested positive for Covid-19.

The 31-year-old – who arrived at Goodison Park from Manchester City in 2019 -featured in both of Everton’s practice matches, including the side’s 1-0 win over Blackburn Rovers at the weekend.

But Rafa Benitez will be without Delph for this month’s Florida Cup, with the Toffees set to face Colombian outfit Millonarios at Orlando’s Camping World Stadium next Monday.

An official statement from the Toffees confirmed that the decision not to take the England international was a ‘precautionary measure’.

Benitez’s squad are due to fly out to Florida this week (Picture: Getty)

Widespread reports suggest Arsenal have been forced to withdraw from the pre-season tournament in Florida following an outbreak of Covid-19 at the north London club.

According to The Athletic, a ‘small number’ of positive cases – all asymptomatic – were recorded in the Gunners’ travelling party, causing major disruption to their preparations for the forthcoming campaign.

There were already major concerns surrounding this summer’s Florida Cup after Inter Milan reportedly told the organisers they wished to pull out due to the spread of the highly transmissible Delta variant.

However, at the time of writing, none of the clubs scheduled to compete have confirmed their plans to withdraw from the competition.

Everton begin their 2021/22 Premier League campaign at home to Southampton on August 14 before taking on Marcelo Bielsa’s Leeds side at Elland Road the following Saturday.

Benitez will have one eye on Everton’s Merseyside derby clash with Liverpool at Goodison Park on November 30 and the Spaniard will no doubt be desperate to get one over on his former club.

He will also be determined to improve on Everton’s tenth-placed finish last season under Carlo Ancelotti.