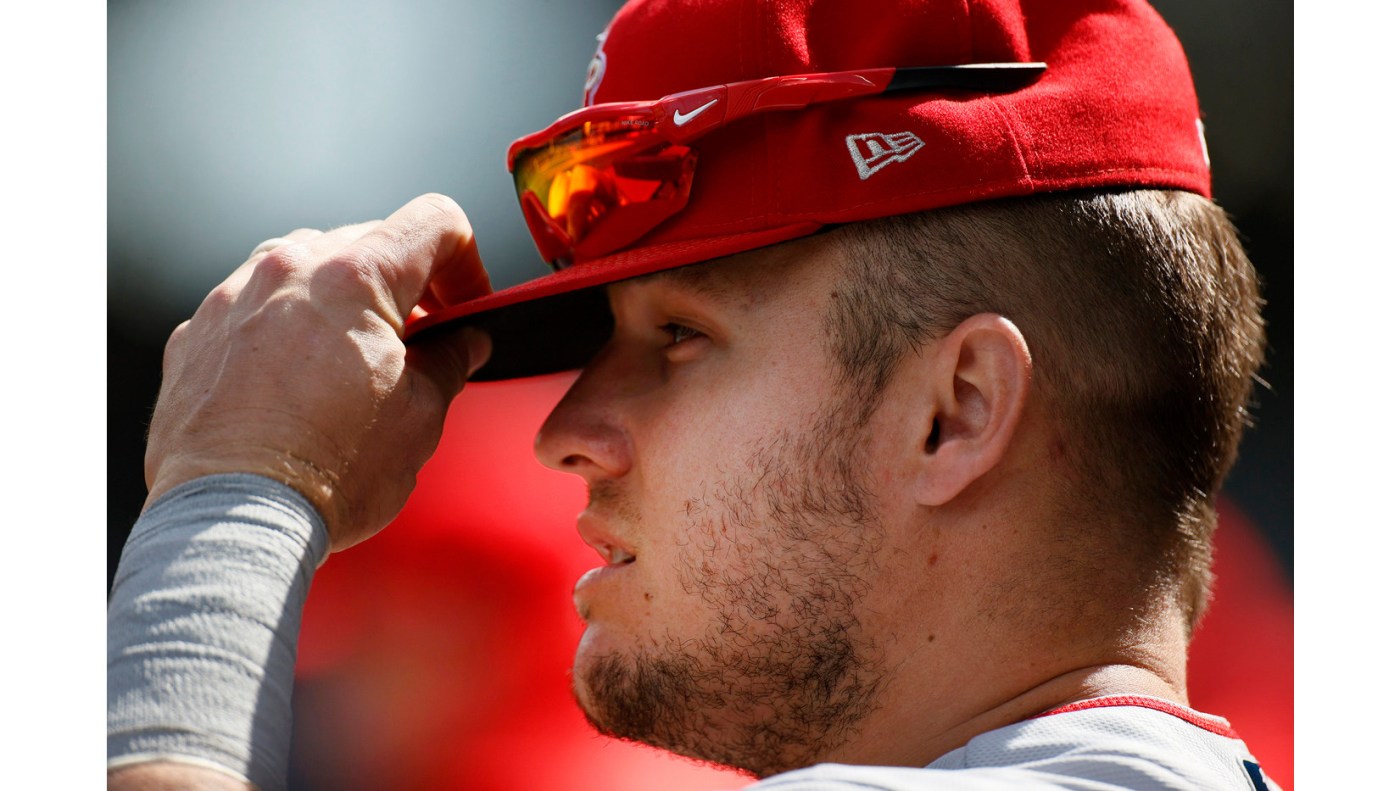 Trout tweeted a string of airplane emojis with “Oakland” on Sunday night, which he traditionally does when he’s taking the Angels’ charter to a new city. The three-time American League MVP had not traveled during the two months he’d been on the injured list with a strained calf, so many followers believed Trout might be playing against the A’s.

“Obviously, after reading some of the comments it kind of threw some people the wrong way,” Trout said after working out on the field in Oakland on Monday. “I’m just excited to be with the squad on the road. I’m obviously anxious to get out there.”

While Trout said he’s not ready to play yet, he said he is “really excited” about the progress he’s made.

“It feels good every day,” he said. “I’m getting there. Close. Really close.”

Trout estimated that he was running at about 90 percent during drills on Monday afternoon. He has been hitting every day for weeks now. He said he doesn’t plan to take any live batting practice before beginning his rehab assignment, so it seems the final barrier for the center fielder to cross will be running the bases.

He said he has no idea when he’ll begin a rehab assignment but for now, he’s planning on traveling with the team from Oakland to Minneapolis after Tuesday’s game. The Angels will be there through the weekend.

Manager Joe Maddon said he didn’t even realize that Trout was planning to join the team on this trip, but he was thrilled that he did.

“Whenever you get a guy that’s getting close to travel, it gets him back in the flow with the group,” Maddon said. “I think there’s even more intensity in the work. So it’s good to have him here. I don’t have an answer to (when he’ll start a rehab assignment). But I like the fact that he’s here to push himself a bit.”

Outfielder Justin Upton, who is out with a back injury, began a rehab assignment with Triple-A Salt Lake on Monday night.

Maddon said Upton would play at least two games with Salt Lake and then be re-evaluated.

“Of course this requires his total candidness with us,” Maddon said. “I know we’ll get how he feels, and how he feels at the plate, what the baseball looks like, how his legs feel. Does he need more time? He totally understands the position where we want him back, absolutely, but we want him back ready to perform like he can.”

Maddon put Kurt Suzuki behind the plate on Monday night, although he had said a couple of days ago that Max Stassi would catch Shohei Ohtani on Monday. Maddon said he misread the A’s rotation, thinking that lefty Cole Ervin was pitching on Tuesday instead of Monday. He preferred Stassi catching against right-hander James Kaprielian, the former Beckman High and UCLA standout who starts on Tuesday. …

Biden says ‘it turns out capitalism is alive and very well’

6 million renters face eviction in 8 days when a Trump-era ban expires. Biden is poised to let it happen.

There’s still time to summer on the Cape – these are the top hotels in Cape Cod, Nantucket, and Martha’s Vineyard