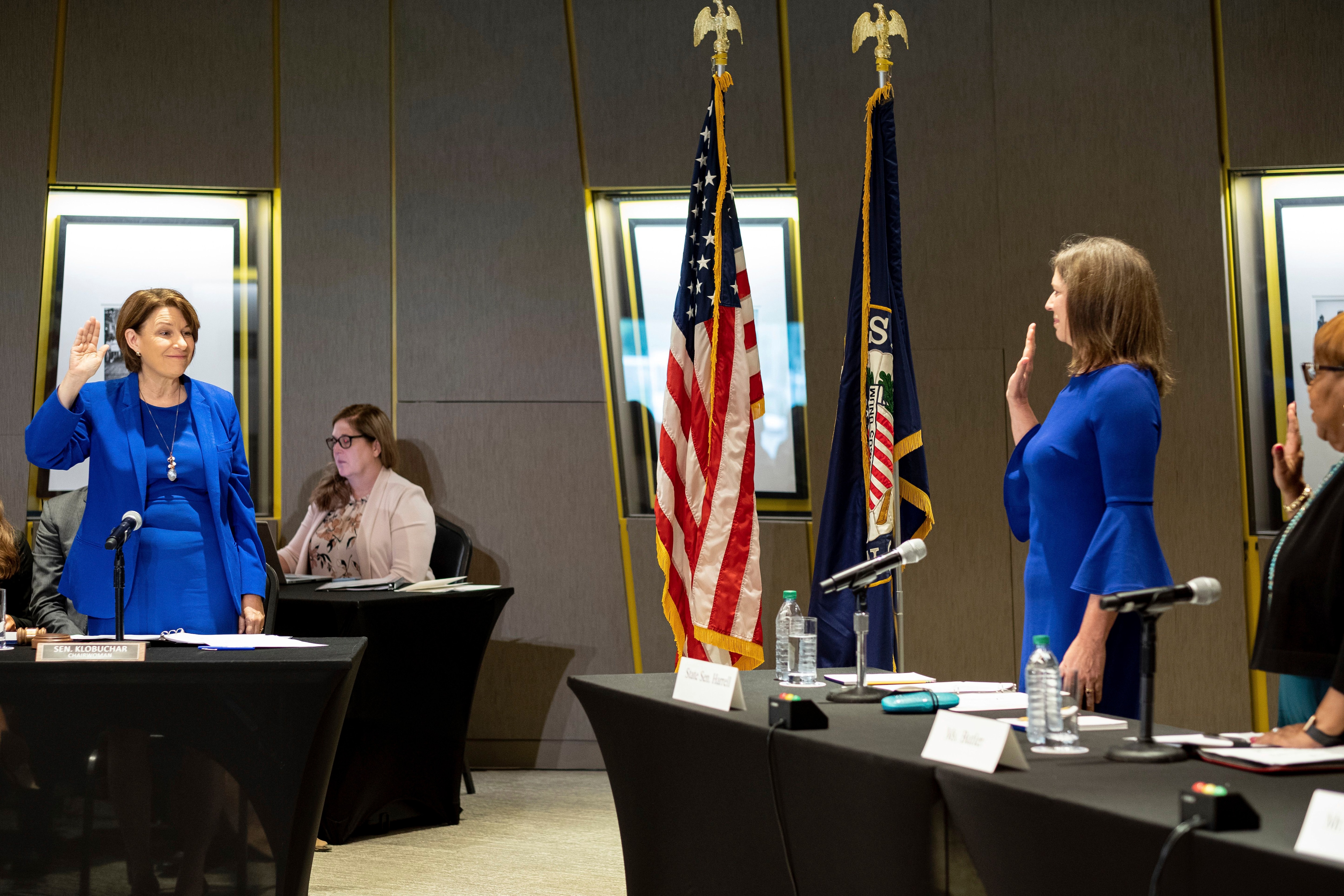 Taking their case for a federal voting bill to Georgia, Senate Democrats argued at a field hearing on Monday that their sweeping elections measure is desperately needed to counter the impact of new GOP state laws that tighten voting rules.

“Congress must take action on voting rights, and we have no time to spare,” U.S. Sen. Raphael Warnock, a Democrat from Georgia, said in testimony before the Senate Rules Committee. “We Americans live in a great house that democracy built, and right now that house is on fire.”

Democrats used the rare field hearing in Atlanta to gain attention for their voting and elections overhaul, which remains blocked by unified Republican opposition and disagreement among Senate Democrats about whether to change procedural rules in the evenly divided Senate to get it passed.

Without a clear path forward, Democrats are seeking to keep the spotlight on voting issues, as they search for other ways to pass less sweeping voting proposals. On Sunday, committee chair Sen. Amy Klobuchar said Democrats were considering adding financial incentives for states to adopt new voting procedures into a multitrillion-dollar bill bolstering environmental and social programs.

Monday’s hearing was held in a conference room at the National Center for Civil and Human Rights in downtown Atlanta, which senators called a powerful reminder of the long struggle for voting rights in the U.S.

“We are here today in Atlanta to shine a spotlight on what has been happening in Georgia and in states around the country to undermine the freedom to vote,” said Klobuchar, a Democrat from Minnesota.

The federal bill, known as the For the People Act, would create minimum voting standards in the U.S., such as same-day and automatic voter registration, early voting and no-excuse absentee voting. The bill would also change various campaign finance and ethics laws.

Republicans, though, have united in opposition, calling the bill a Democratic power grab and saying the changes amount to a federal takeover of elections, which are administered in the U.S. at the state and local level.

No Republicans attended the hearing, and they did not provide witnesses.

“This silly stunt is based on the same lie as all the Democrats’ phony hysteria from Georgia to Texas to Washington D.C. and beyond — their efforts to pretend that moderate, mainstream state voting laws with more generous early-voting provisions than blue states like New York are some kind of evil assault on our democracy,” GOP Senate leader Mitch McConnell said in a statement.

Republicans last month blocked an effort to debate the Democratic bill, and Democrats will have to decide whether they want to change Senate filibuster rules to ultimately pass the bill. At least two Democratic senators, Kyrsten Sinema of Arizona and Joe Manchin of West Virginia, have said they oppose eliminating the filibuster rule.

Manchin, who initially opposed the bill, has crafted a new version that would remove some of the more contentious provisions and add a national ID requirement, something Democrats had not previously advocated for.

Much of Monday’s hearing focused on a …read more

Beware of budget gimmicks in push for massive spending deals

Jill Biden calls on unvaccinated in Hawaii to get shots