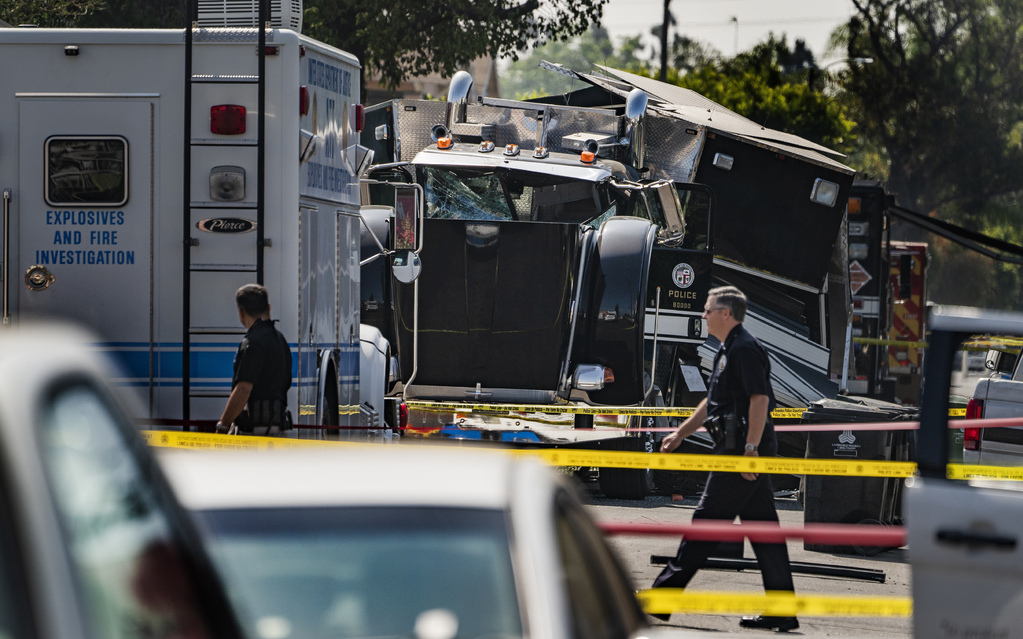 LOS ANGELES — Los Angeles bomb technicians grossly miscalculated the weight of homemade fireworks last month when they detonated them in a containment chamber, causing a catastrophic explosion that injured 17 people and rocked a neighborhood, the police chief said Monday.

Chief Michel Moore said five members of the department’s bomb squad have been removed from field duties as the investigation continues. They could face discipline.

The bomb technicians — without using a scale, as is allowed by Los Angeles police procedures — estimated the weight of the explosives and a counter-charge to be about 16.5 pounds (7.48 kilograms).

Federal authorities who weighed the remains after the blast calculated that the weight was actually more than 42 pounds.

The truck-mounted chamber used during the June 30 explosion had been in service for a decade and this was its 42nd time in use.

The explosion was highly unusual, officials say, and has prompted the Los Angeles Police Department to review its protocols regarding the detonation of explosives.

Authorities say they are also investigating whether the detonation device had a defect.

Nine police officers and a federal agent were among the injured. One officer was taken to the hospital and is now recovering at home.

Residents in the neighborhood have called for accountability and asked why some people were still in their homes, despite an evacuation order.

Dennis McCarthy: Alaska stole my son, but gave me a great place to visit him