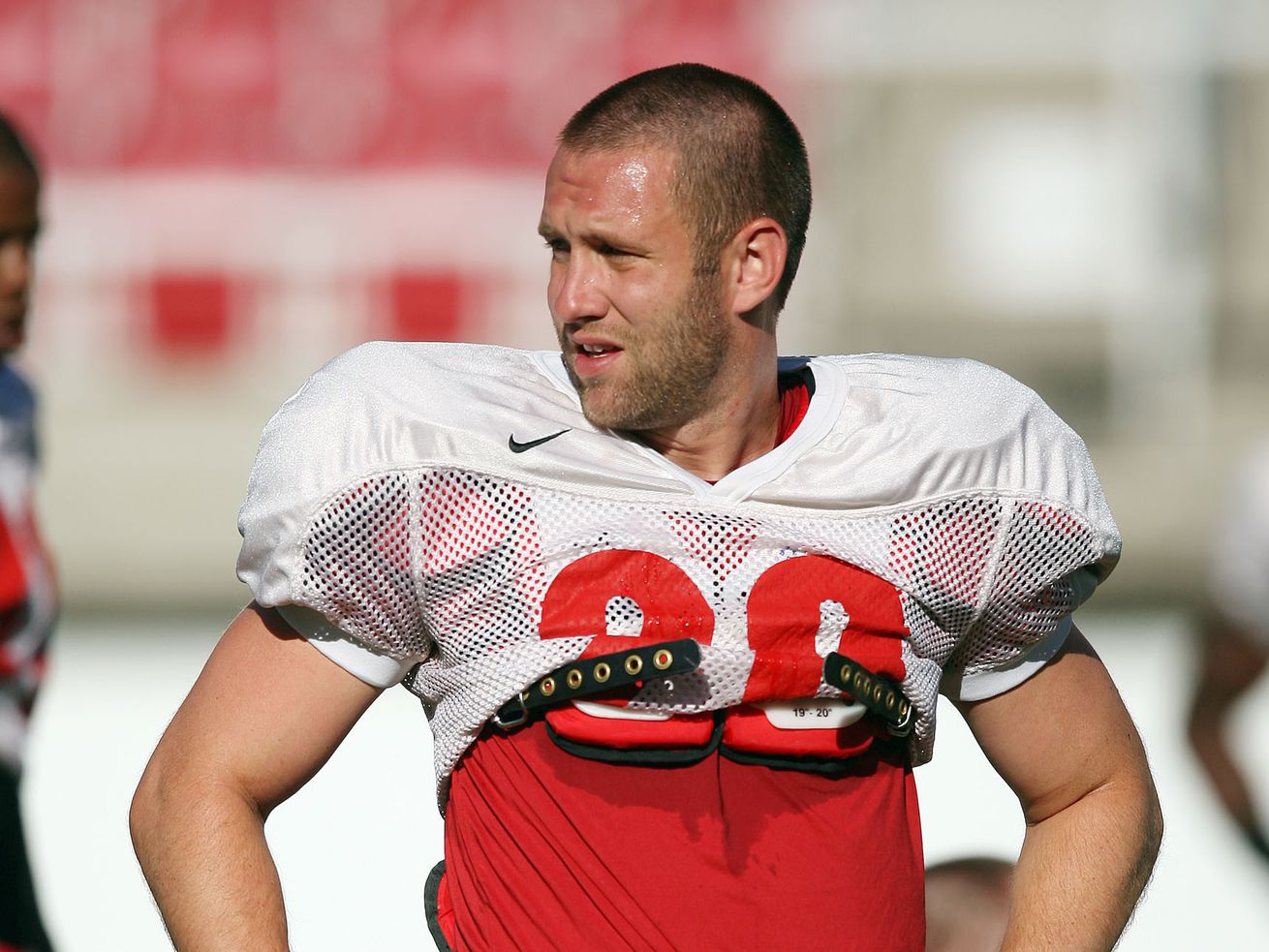 Having gone through the experience losing his 20-month-old son Hayes after a battle with brain cancer, Tate has a keen perspective on how the Utes have handled, and are handling, the adversity of losing a teammate

Former Utah safety Steve Tate knows all about dealing with grief and loss.

His 20-month-old son, Hayes, passed away in December 2016 after a battle with brain cancer. Tate shared his family’s experiences during that ordeal on Instagram while Hayes underwent treatment.

Having played for coach Kyle Whittingham, and having gone through his heart-wrenching experience with Hayes, Tate has a keen perspective on how the Utes have handled, and are handling, this most recent adversity.

Utah players and coaches have said they are dedicating the 2021 season to Jordan, who rushed for 597 yards and six touchdowns in 2020.

“Coach Whittingham is an excellent mentor. The adversity I’ve faced in my life, playing football helped me, in some regards, prepare for it. You never prepare for tragedy like what I faced or what the Jordan family has faced,” said Tate, who played for the Utes from 2004-06. “Coach Whittingham does a great job of creating perspective and forming that family-type feel at the University of Utah. It is a family there. When one player hurts, everyone’s hurting.”

In January, Utah players and coaches traveled to AT&T Stadium in Dallas for memorial services for Jordan.

Rick Bowmer, Associated Press
In this Dec. 19, 2020, file photo, Utah running back Ty Jordan scores against Washington State during game in Salt Lake City. Authorities say Jordan died at a hospital in the Dallas area after accidently shooting himself. University officials announced Ty Jordan’s death Saturday, the day after he was named Pac-12’s newcomer of the year.

“It was evident in the rally behind Ty’s family, having the funeral services at AT&T Stadium, it shows how special that program is and how close it is. Sometimes in the midst of tragedy, you prevail in the end by going through that tragedy,” Tate said. “I’m sure as a program, as a team, they’ll be closer after having gone through this year. Who knows? Maybe it’s poised for a special season.

“More importantly, they’ve gained perspective that most teams don’t have,” he continued. “Sometimes that perspective in life makes you work hard and appreciate the things around you more and not take those things for granted. In my personal life experience, that kind of perspective and tragedy propels you for excellence in the future.”

Hayes was a triplet and the youngest of six children born to Steve and Savanna Tate.

The Tates have established the HayesTough Foundation, a charity that …read more

Sports on the air: Here’s what games are on TV and radio for the week of July 18-24