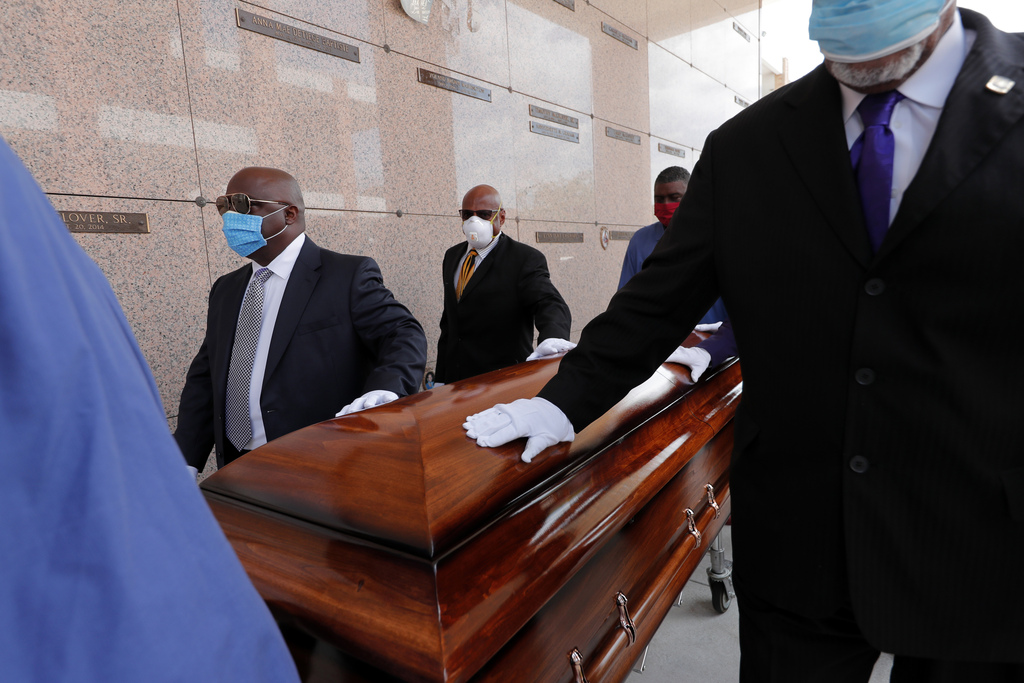 Even with half the U.S. vaccinated, COVID-19 continues to kill people faster than guns, car crashes and influenza combined, according to a review of mortality data.

The situation has improved dramatically since January, when COVID-19 deaths outpaced heart disease and cancer as the country’s top killer, according to a Bloomberg analysis. Still, for the month of June, coronavirus was responsible for 337 deaths a day. For comparison, the historic average deaths from gunshots, car crashes and complications from the flu add up to 306 a day.

“The sad reality is that despite our progress, we’re still losing people to this virus,” Jeff Zients, the White House pandemic response coordinator, said at a press briefing last week. “Which is especially tragic given that, at this point, it is unnecessary and preventable. Virtually all COVID-19 hospitalizations and deaths in the United States are now occurring among unvaccinated individuals.”

Data for the analysis were gathered from Johns Hopkins University, the U.S. Centers for Disease Control and Prevention and the National Highway Traffic Safety Administration.

After 10 weeks of global declines in COVID-19 deaths, the highly transmissible delta variant is driving a new uptick. In the U.S., health officials have warned that a similar reversal may be underway: Daily cases have doubled from a low point last month, and hospitalizations are rising again.

Vaccines by Pfizer Inc. and Moderna Inc. prevent as many as 96% of hospitalizations and deaths from the delta variant, according to recent data from the U.S., U.K. and Israel. The protections are even greater when taking into account the effects of reduced transmission in well-vaccinated communities, as data scientist Cathy O’Neil explained in a Bloomberg Opinion column.

“Preliminary data from several states over the last few months suggest that 99.5% of deaths from COVID-19 in the United States were in unvaccinated people,” CDC Director Rochelle Walensky reported on Thursday. “Those deaths were preventable by a simple, safe shot.”

The U.S. vaccination campaign, however, has stalled. Once the envy of the world for its swift rollout, the U.S. has since been overtaken by more than 20 countries that now have better vaccine coverage, according to Bloomberg’s COVID-19 vaccine tracker. The EU and China, which are currently administering shots at daily rates of about 4 million and 10 million doses respectively, are poised to blow past the U.S. in the next two weeks.

Not only have U.S. vaccinations slowed to a trickle — just 530,000 a day, on average — but the gap between the most and least vaccinated counties in the U.S. continues to widen. That’s left some some communities especially vulnerable to delta. For unvaccinated people living in low-vaccination communities, the threat posed by Covid-19 is about as bad as it has ever been.

Vaccinations in the U.S. have already prevented roughly 279,000 deaths and 1.25 million hospitalizations, according to an analysis published last week by researchers at Yale University and the Commonwealth Fund. The report suggests that without vaccines, Covid would still be topping cancer and heart disease as the leading cause of death in the U.S. — …read more

Stock Market: Suez Canal Update! Floating!
The 7 best compression socks of 2021 for runners, seniors, and anyone looking to improve circulation