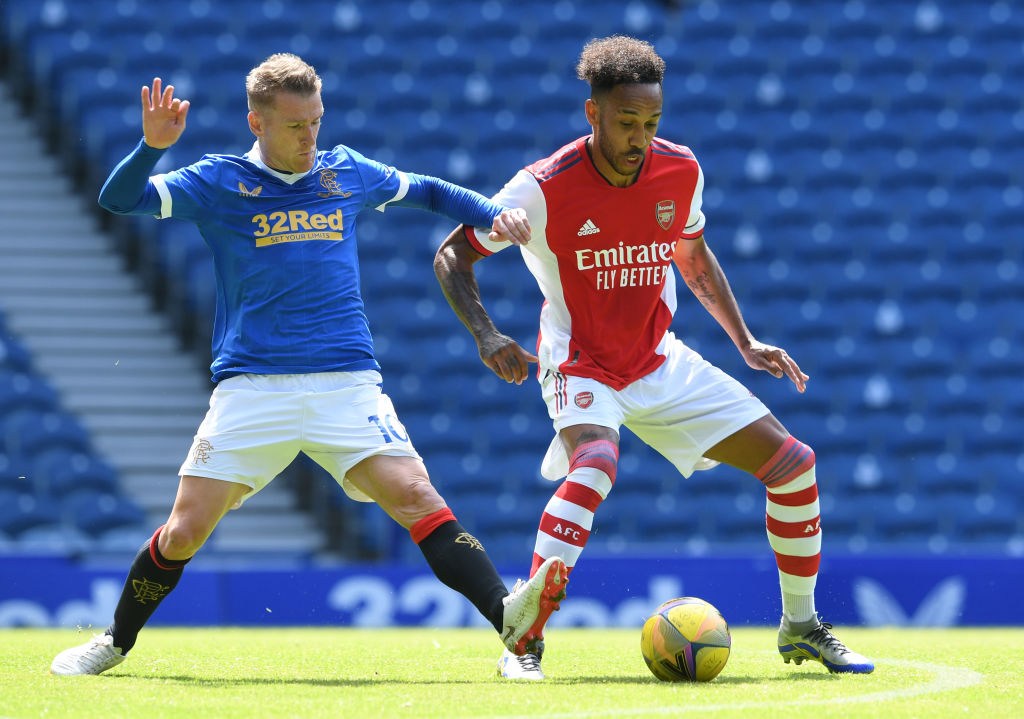 Arsenal had to twice come from behind to grab a 2-2 draw against Rangers at Ibrox as their tricky pre-season tour of Scotland continues.

Leon Balogun put the home side ahead after just 14 minutes, but that was quickly cancelled out by new signing Nuno Tavares, with the left-back netting just nine minutes later.

Cedric Itten came on for Rangers in the second half and looked to have given his side the win, putting them back ahead with just 15 minutes to play.

Eddie Nketiah saved the day for Mikel Arteta’s men, though, equalising in the 83rd minute to spare Arsenal a second straight defeat north of the border.

The Spaniard brought on a string of internationals in the second half as well, with Kieran Tierney, Alexandre Lacazette, Hector Bellerin, Willian and Ainsley Maitland-Niles all coming off the bench.

Nicolas Pepe got 62 minutes under his belt at Ibrox (Picture: Getty Images)

Arsenal did enjoy the better of the match, and certainly created the most chances, but spurned numerous opportunities over the 90 minutes.

Not that results count for much in pre-season but it is another match without a win for Arsenal after they were beaten 2-1 by Hibs earlier this week.

Things are set to get more difficult before the Premier League season starts, with further friendlies against Inter Milan, either Everton or Millonarios, Chelsea and Tottenham.

Rangers also have tough friendlies to come against Brighton and then Real Madrid before their season starts on 31 July against Livingston.