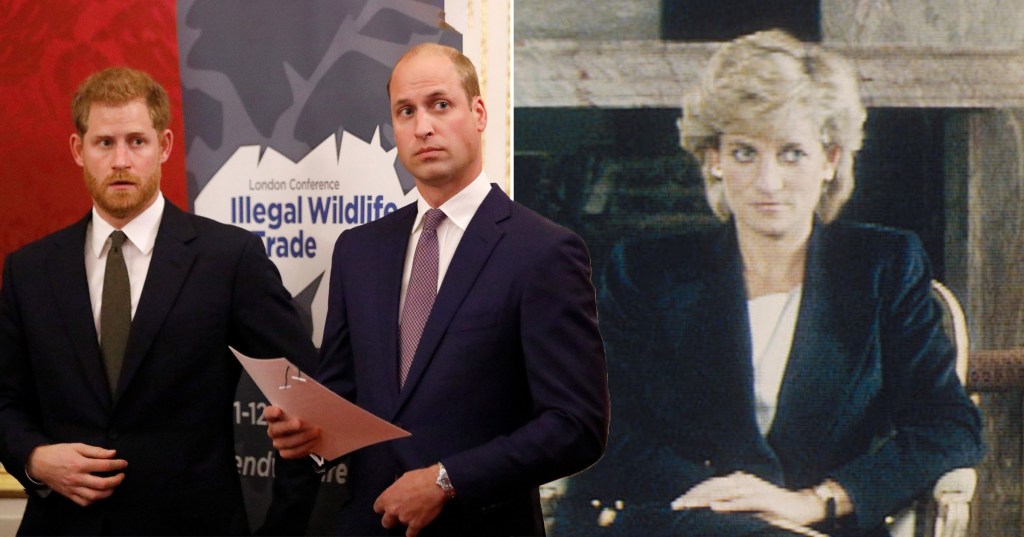 Both brothers spoke of the devastating impact of the interview (Picture: Getty)

Prince William and Prince Harry have issued scathing statements describing the effect of a Panorama interview on their mother’s life.

The Duke of Cambridge criticised the BBC for its failings which he says exacerbated her ‘fear, paranoia and isolation’.

William said he was left with ‘indescribable sadness’ to know the corporation’s shortcomings had ‘contributed significantly’ to Diana, Princess of Wales’ state of mind in the final years of her life.

‘She was failed not just by a rogue reporter, but by leaders at the BBC who looked the other way rather than asking the tough questions,’ the duke said.

The Duke of Sussex in a separate statement said about his mother: ‘The ripple effect of a culture of exploitation and unethical practices ultimately took her life.’

An inquiry found the BBC covered up ‘deceitful behaviour’ used by journalist Martin Bashir to secure his headline-making world exclusive interview with Diana, and ‘fell short of high standards of integrity and transparency’.

The journalist was in ‘serious breach’ of the BBC’s producer guidelines when he faked bank statements and showed them to Earl Spencer to gain access to the princess in 1995, a report by Lord Dyson said.

The future king said his mother’s appearance on Panorama contributed to ‘making my parents’ relationship worse’.

Tom Parker’s widow shares bittersweet post after attending first wedding since his death: ‘I raised a glass to my boy’